Next summer, Belle and Sebastian are scheduled to set sail on The Boaty Weekender, their very own curated music festival cruise featuring Mogwai, Camera Obscura, The Buzzcocks, Alvvays, Japanese Breakfast, and Django Django, among others. Before that seafaring adventure, however, the Glasgow natives have been tapped to provide the original soundtrack to a new coming-of-age film titled, Days of the Bagnold Summer.

The directorial debut of English actor/comedian Simon Bird (The Inbetweeners, Friday Night Dinner), its premise follows a heavy metal-loving teen whose Florida holiday plans fall through last minute, “meaning he must spend the whole summer with the person who annoys him most in the world: his mum.” The film is an adaptation of Joff Winterhart’s graphic novel of the same name, with a screenplay penned by Lisa Owens.

Belle and Sebastian’s brand of Scottish indie pop will soundtrack scenes starring a cast of Monica Dolan (Eye in the Sky), Earl Cave (The End of the Fucking World), Rob Brydon (The Trip), Alice Gold (Prevenge), and Tamsin Greig (Second Best Marigold Hotel). Our first look at Bagnold Summer comes via the image below featuring Dolan as the mum and Cave as the son. 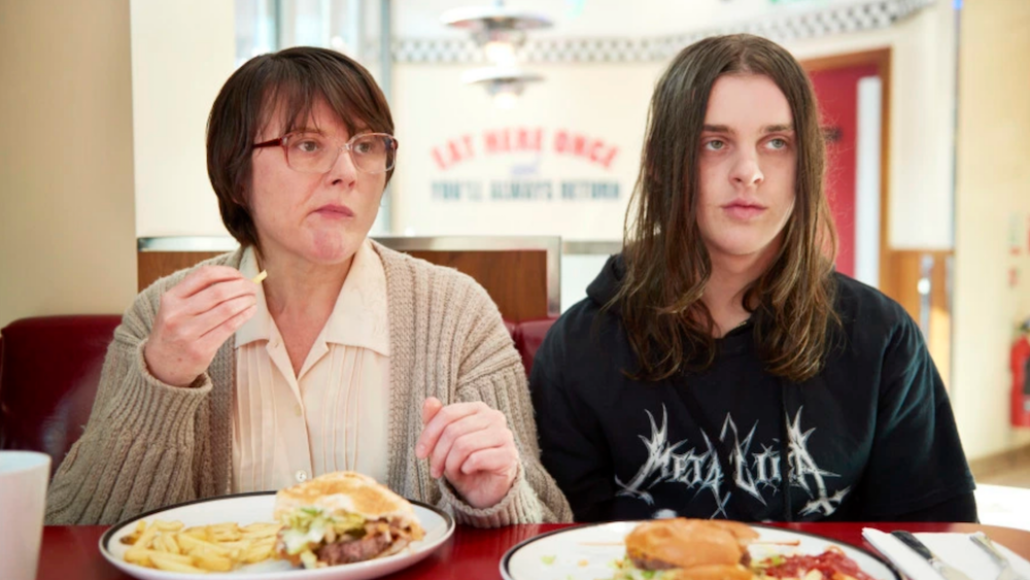 As for The Boaty Weekender, the four-day event begins August 9th, 2019 in Barcelona. It’s said to be the first seaborne European music festival of its kind. Watch a trailer for the upcoming voyage below.

Earlier this year, Belle and Sebastian released a trilogy of EPs called How to Solve Our Human Problems.