When the Farrelly Brothers released Kingpin in 1996, the trailer bragged about the appearance of its megastar: the “Big Bad Bill Murray.” Which was a fitting claim since Murray has always marched to the beat of his own drum.

At Chicago’s Second City, the Wilmette, Illinois, native didn’t exactly play by the rules of improvisation, and his humor was defined by that tendency to bark spontaneously. On screen, he has a propensity to avoid script, and what you often hear is the free thoughts of Murray himself, re-purposed for whatever movie he’s stumbled into by occasion.

Those years as a random party crasher with an 800 line? Certainly his reputation precedes him.

Murray’s like a tornado of caustic, unexpected humor — the “Murricane,” as some used to call him — whose uncontrollable existence has somehow cultivated a filmography enviable of most actors. For the lucky handful of directors who have seized him, well, their work usually ends up so much better because of Murray’s erratic touch.

As we celebrate Lost in Translation turning 15, we pored over Murray’s filmography and whittled it down to a dynamite list that’s big, that’s bad, and that’s essential of the unpredictable actor.

Foolish maybe, but back off, man — the more the Murray-er. 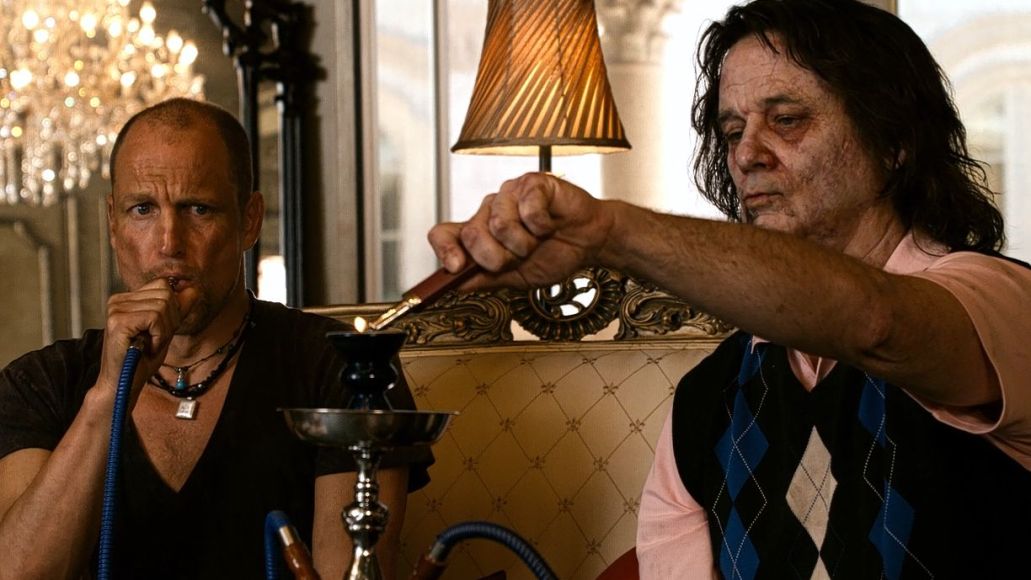 A random pop-up from Bill Murray in a random film is always a conversation starter. From the meth cook in the abysmal Dumb and Dumber To to Agent 13 in the I-forgot-it-existed Get Smart, Murray puts his stamp on everything he touches no matter minor the role. Take Zombieland, in which Murray plays himself as he aimlessly walks around his dilapidated mansion, disguised as a zombie in order to trick the walking dead. In his brief appearance, he manages to get shot by mistake and wears a Ghostbusters costume. Director Ruben Fleischer must have been pinching himself.

Little Rock: “So do you have any regrets?”
Bill Murray: “Garfield, maybe.” 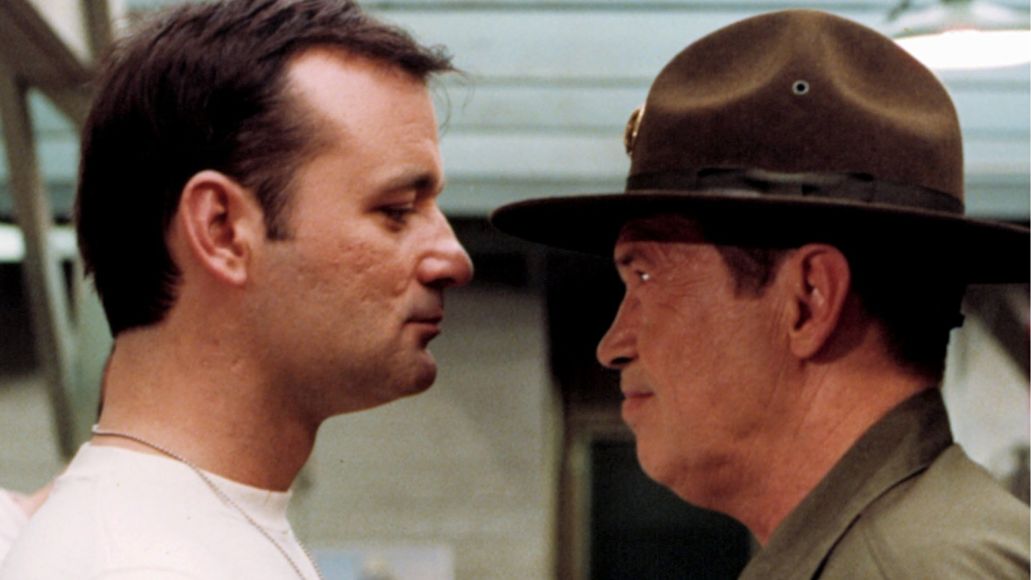 If you’ve ever done anything in life that required you to march alongside a corps in regiment form, you know Stripes even if you haven’t seen it. Even if the film is all over the place, it’s Murray’s ability to rally a ragtag band of misfits into full-fledged soldiers that’s lasted and for good reason. Winger’s the consumate Murray everyman, a screwup in civilian life who finds his calling when it’s time to do what he does best: hide his intelligence beneath several layers of slacker sarcasm.

Choice Quote: “Oh, it’s not the speed really so much, I just wish I hadn’t drunk all that cough syrup this morning.” 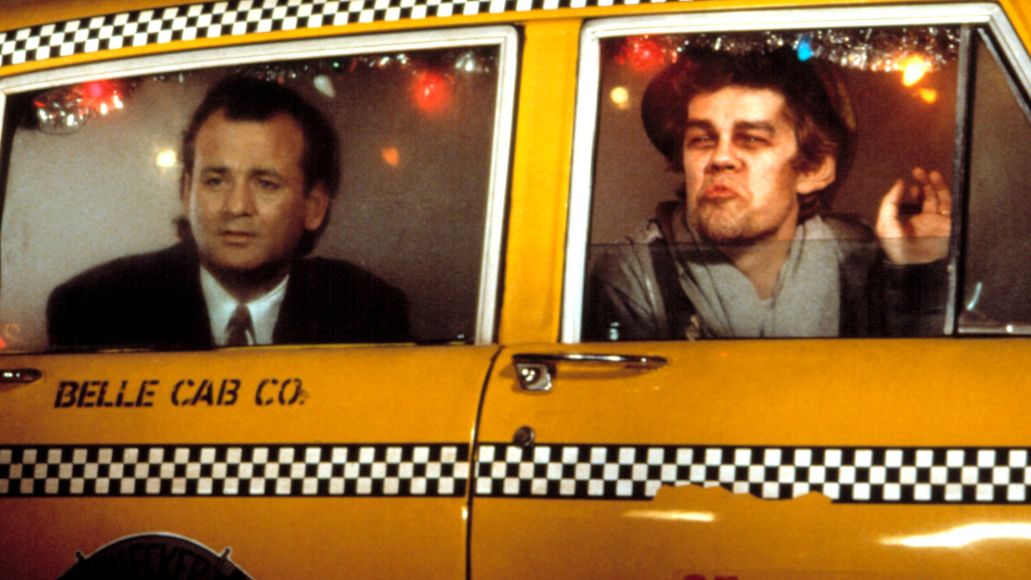 Nobody needs to adapt Charles Dickens’ A Christmas Carol. We don’t need one now (sorry, Ice Cube), and we didn’t really need one back in 1988 when Richard Donner issued the black comedy Scrooged. Here’s why his film gets a pass, though: If you’re going to tell the story right, you need a real jerk to sell a pre-Christmas Scrooge, and few jerks are more enjoyable to watch than Bill Murray. As curmudgeon television executive Frank Cross, Murray carries every scene — with the exception of those featuring an irate Bobcat Goldthwait — as he barks and groans and screams and oozes with charming venom. It’s a feast for cynics.

Choice Quote: “The Jews taught me this great word: Schmuck. I was a schmuck, and now I’m not a schmuck!” 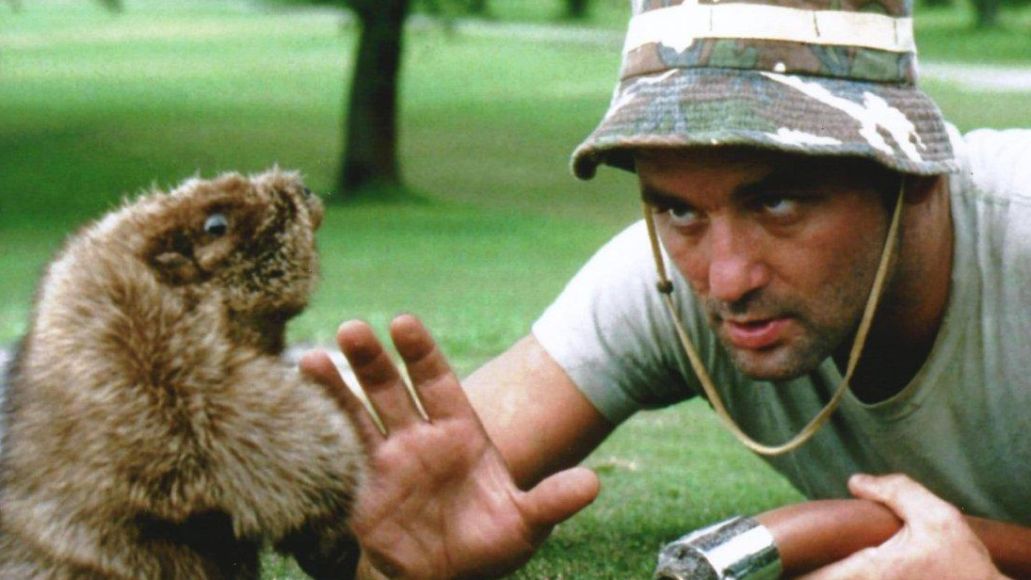 Give Bill Murray a script or don’t give Bill Murray a script. He’s going to make it work, or at the very least make it as good as it’s ever going to be. Murray’s role as groundskeeper Carl Spackler in Caddyshack is a prime example of Murray just rolling with it. That entire night scene between him and Chevy Chase’s Ty Webb? Completely improvised when studio heads realized there needed to be a scene between the two of them. It’s as unforgettable as Carl’s accent, his frustrating encounters with a sneaky gopher, pretending to win the Masters, and, of course, the speech below.

Choice Quote: “So, I tell them I’m a pro jock, and who do you think they give me? The Dalai Lama, himself. 12th son of the Lama. The flowing robes, the grace, bald. Striking. So, I’m on the first tee with him. I give him the driver. He hauls off and whacks one — big hitter, the Lama — long, into a 10,000-foot crevasse, right at the base of this glacier. Do you know what the Lama says? ‘Gunga galunga … gunga, gunga-lagunga.’ So we finish the 18th, and he’s gonna stiff me. And I say, ‘Hey, Lama! Hey, how about a little something, you know, for the effort, you know?’ And he says, ‘Oh, uh, there won’t be any money, but when you die, on your deathbed, you will receive total consciousness.’ So I got that goin’ for me, which is nice.” 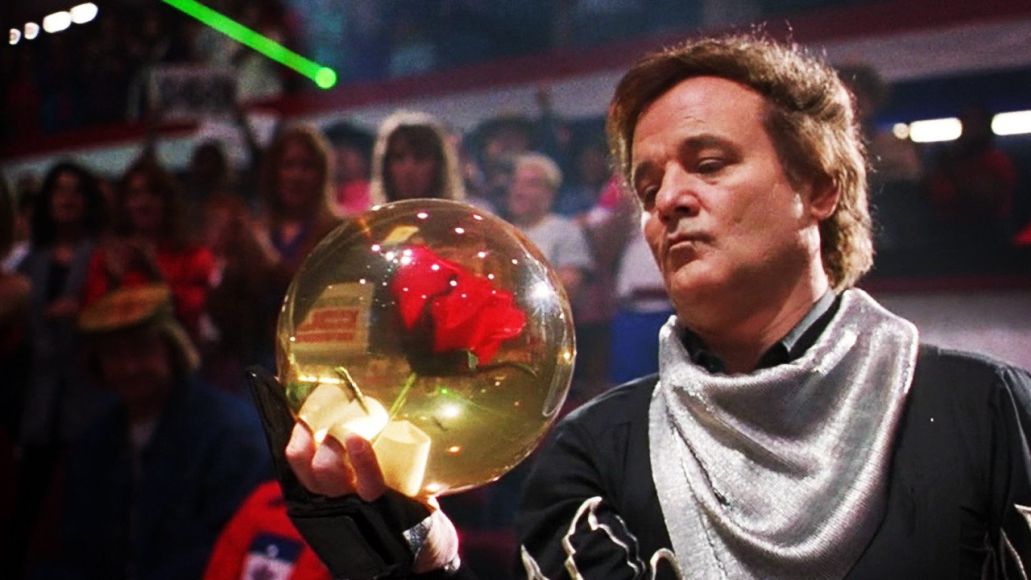 We’ve already established that Murray plays a great jerk. Yet he can also turn a real mess of a human being into a brilliant, enthralling event, which he does to great effect in the Farrelly Brothers’ oft-ignored and cruelly underrated Kingpin. As the bloated and self-aggrandizing Ernie McCracken, Murray yanks the spotlight from a one-handed, balding Woody Harrelson, an Amish Randy Quaid, and the always stunning Vanessa Angel. It’s all about his wicked self-esteem and lack of self-awareness; the way he moves and shakes through each nefarious situation as if he’s doing everyone a favor. He’s evil, but he’s the best.

Choice Quote: Everything about this scene…