Chicago’s storied, vibrant music scene has thrived in part because of the absolute diversity of venues; turn-of-the-century jazz bars and classic theatres commingle with DIY lofts and divey bars. But by splitting the difference between classic and modern, between the city’s broad-shouldered grit and futurist savvy, between indelible form and powerful function, newly established Saffron Rails is establishing a space can cater to that incredible diversity all on its own. As one of the primary homes for the upcoming Red Bull Music Festival Chicago, the venue will have the opportunity to showcase itself as a prime addition to the community.

“When we saw the building, we immediately knew it was a magical space, the kind of place we craved and we knew would be perfect for events like Red Bull Music Festival,” says Amit Parekh, managing director of Next Gravity. In addition to the two buildings that compose Saffron Rails, the real estate development company owns a third building alongside the venue in Chicago’s Goose Island—not to mention assets in Orlando and Las Vegas. “When I first saw this complex, it immediately struck me as the ultimate venue space,” he adds. 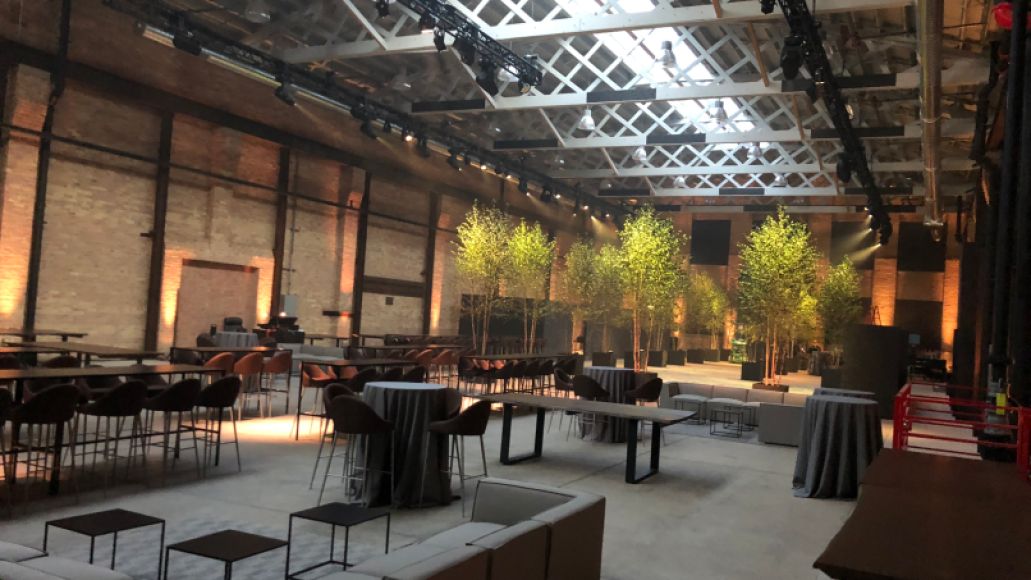 As the former CEO of a company that provided tech solutions for events and trade shows, it’s clear that Parekh’s eye for the building’s future involved a lot more than merely the aesthetic. Though, to be clear: the industrial space offers plenty of visual dazzle. All three of the Goose Island buildings are pre-war construction, which means that concerts and other events will be enshrined in heavy brick and lofted timber. In addition to the stunning interiors, the building’s 4,000 square feet of skylight will bring an even wider vista into the space. Thanks to soaring bow-truss ceilings, there are no columns needed throughout the space, ensuring good unobstructed views throughout.

And after years of polishing those impressive bones to return their brightest glory, Next Gravity is ready to share in the views. “We are so lucky to have had the opportunity to restore the buildings to the glory of their heyday,” Parekh says.

But Next Gravity were not content to merely drop a stage into the middle of a beautiful rehabbed industrial space. Instead, drawing in part on Parekh’s previous experience, they’ve updated the building complete with the latest state-of-the-art technologies, all while maintaining the historic architecture. Those massive skylights, for example, can be shaded completely via the management team’s smartphone app, perfect for events requiring projections or other lit visuals. In addition, the venue’s soundsystem and lighting arrays were designed to the highest specifications, ready for any concert or event. 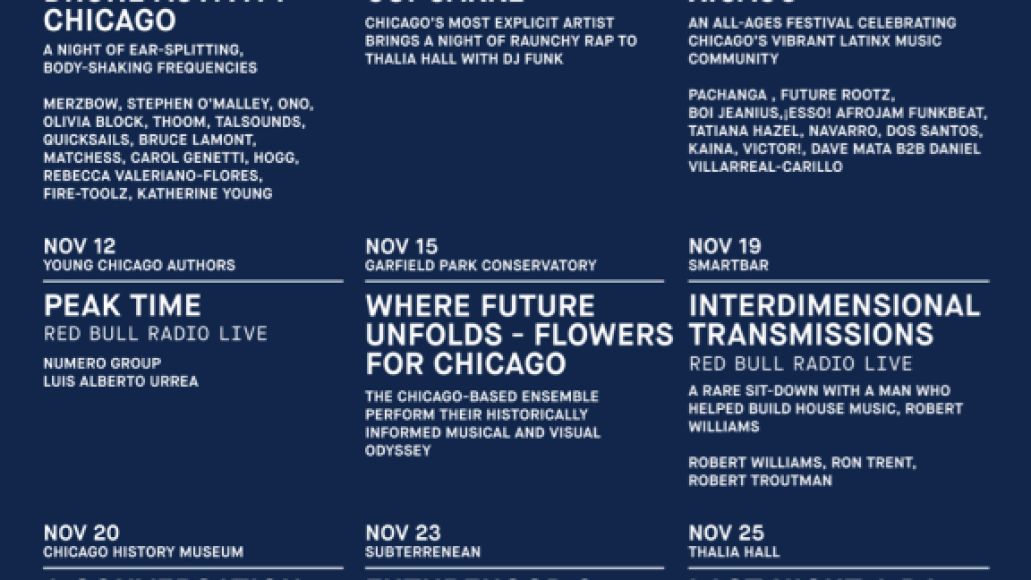 The new venue’s location suits its bright outlook for the future of Chicago music as well. Goose Island, perhaps best known for the now nationwide craft brewery of the same name, is an artificial island situated in the Chicago River, situated northwest of Chicago’s downtown. The island is flanked by bustling neighborhoods and accessible by highway or public transportation. As such, the primarily industrial tract of land is starting to see a lot of growth and development—a newly vibrant spot primed for a venue of equal excitement.

That diversity shines brightly in the shows currently booked at Saffron Rails for Red Bull Music Festival Chicago. The first, on November 9th, is Drone Activity Chicago, a three-stage event featuring the most exciting artists in noise and drone music—both from the city and from around the world. The experimental showcase will be headlined by Stephen O’Malley of robed noise metal heroes Sunn 0))) and Merzbow, a living legend from the revered Japanese noise music scene. In addition, Negative Scanner’s Rebecca Valeriano-Flores, Olivia Block, and ONO will contribute to the bone-rattling and eardrum-destroying, all complete with dynamic light shows and an arena-level soundsystem. Suffice it to say, earplugs will be highly recommended. 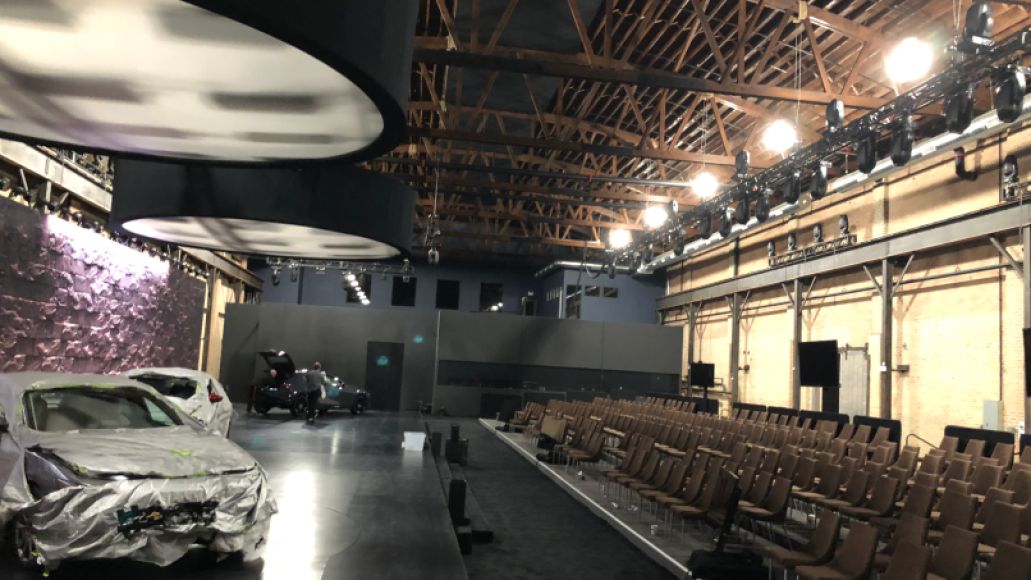 Following that on November 11th, the venue will play host to a celebration of Chicago’s dynamic Latinx music scene called “Xicago.” Spread across two stages, the event will begin at 4 p.m. and feature hours and hours of entertainment. The genre-jumping lineup features a wide swath of Latinx musicians including alt R&B vocalist Kaina, jazz quintet Dos Santos, and bilingual dream pop artist Tatiana Hazel. Dance-friendly beats from artists like DJ Boi Jeanius and headliners Pachanga will thread through all of the festivities, keeping the feet moving and the hips swinging.

These concerts are just the beginning of the bright future ahead for Saffron Rails. In addition to hosting music, the venue space will be perfectly suited to events ranging from weddings to corporate events. In fact, the space can hold any event from 250 up to 2000 attendees. But the Red Bull Music Festival will be a perfect announcement of their new place in the Chicago music community, and the beginning of a powerful musical relationship. ”We hope this is just the beginning of many more Red Bull events that we would love to host at Saffron Rails,” Parekh says.

Saffron Rails Is the Most Exciting New Venue in Chicago