More than two years ago, Primus bassist Les Claypool and Sean Lennon unleashed their debut album as The Claypool Lennon Delirium. The 2016 record was called Monolith of Phobos, and saw the two-piece produce “a surprisingly successful” collection of material “fueled by psychedelics.” Now, Claypool and Lennon are continuing on with their super duo project and have reconvened for a follow-up record.

Titled South of Reality, the sophomore release will hit store shelves February 22nd, 2019 through ATO Records. The experimental outfit wrote and recorded it over the course of about two months, motivated by what Claypool told Rolling Stone was “the desire to sit in a room and make space sounds again.”

“Basically it was the same setup in the same place,” he explained of their creative process, “I am a creature of habit and have all my old vintage gear dialed in the way I like it, so I like to helm from the same spot.” As for Lennon, he felt much more at ease during this second go-around in the studio.

“We are great friends indeed, and I guess I’m not nervous in quite the same way as I was in the beginning, but I still make sure to do as much preparation as possible,” Lennon remarked. “Ideas always come quick for us, and I think that’s why we like working together. But playing with Les is like knowing you’re gonna be playing tennis with Rafael Nadal – it makes you wanna brush up on a few things before you get on the court.”

South of Reality features songs like “Cricket Chronicles Revisited” (a continuation of Monolith cut “The Cricket and the Genie”), the Charles Bukowski-inspired “Easily Charmed By Fools”, and “Blood and Rockets”, the newly unveiled lead single about famed JPL rocket scientist Jack Parsons.

Take a listen to the expansive grandeur of “Blood and Rockets” below. 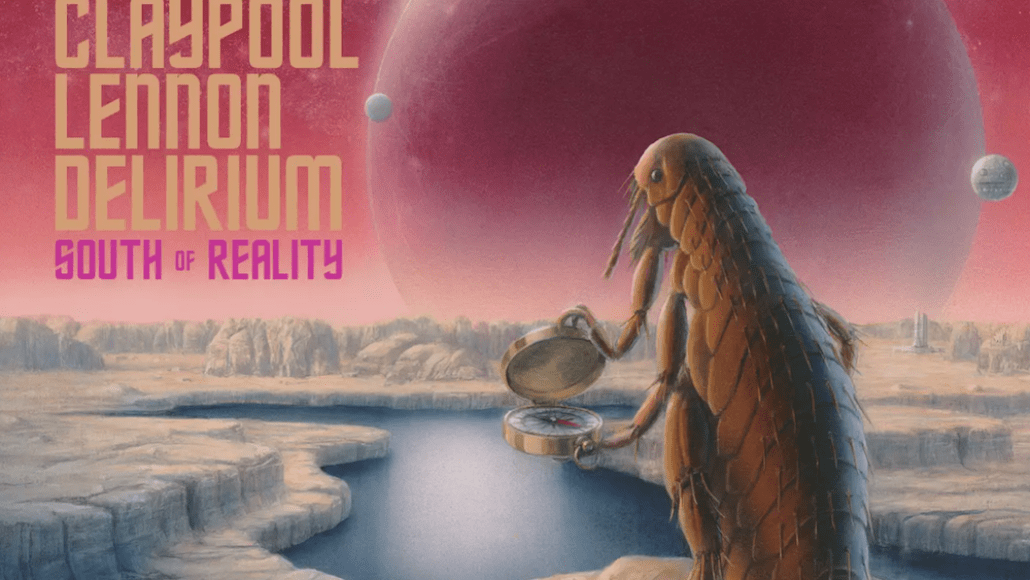 The duo has a handful of California tour dates scheduled for later this year.