Today marks the release of Coheed and Cambria’s new album, The Unheavenly Creatures. Subscribers of Apple Music and Spotify can stream it below.

Spanning 15 tracks, the self-produced album clocks in at 78 minutes and finds frontman Claudio Sanchez returning to the conceptual science-fiction narrative of The Amory Wars, a story Sanchez has sought to tell through his music, a novel, and a comic book series. The band’s last album, 2015’s The Color Before The Sun, was the first to deviate from the narrative, and this reinvigorated return to the story marks what’s, in this writer’s opinion, their best album in a decade. It’s got hooks galore and a compellingly bombastic tone that matches the grandeur of Sanchez’s narrative, which brims with a healthy dose of heart.

The Unheavenly Creatures is part one of the five-part Vaxis series, and Sanchez elaborated a bit on how it fits in a new interview with Heavy Consequence. “It’s sort of a new story, but as the stories come out with Vaxis, the later records II and III, we sort of unveil where this story truly fits within the timeline and how these characters are related to Coheed and Cambria’s arc. So, right now, it’s really kind of an introduction to a new set of characters within the mythos and after the continuation of the Good Apollo Two story, No World for Tomorrow, just the fact that it is a pentalogy and the idea resembles the symbol number five.”

The concept, he says, helped inform the songwriting. “I was just trying everything, but when I got to ‘Old Flames’, for example, that was the first song where I started to really visualize what the concept was. The visual I had was the cover of the album, the two of them embracing, creature and sister as the sub servers were rising up to meet their makeshift army and having to support them on their ascent out the ‘Dark Sentencer’ the prison planet that they were inside of. I started writing that song on piano and I noticed my son started singing the melody after I played it maybe three times just working through it, so I thought it was speaking to him and I’m getting this tuneful visual of a climax of a movie or a book, I let that stuff tell me when the song was the song.” 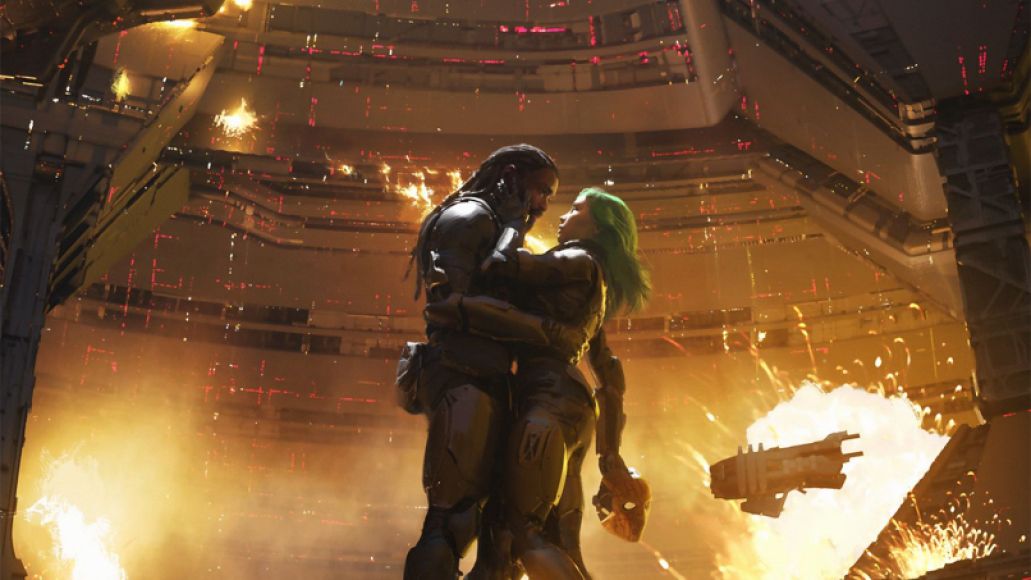