Last year saw Australian electronic favorites Cut Copy release their fifth studio full-length, Haiku from Zero. The album marked their first release in four years, a gap that had left fans hungry for new music from the group. Thankfully, they’re back today to satiate anticipation for what’s next with an outtake from the Haiku sessions, “Ocean Blue”.

The single is being released digitally and as a limited edition 7-inch on November 2nd, but Consequence of Sound is happy to give you a Halloween treat by debuting it today. “Ocean Blue” rolls in on steady drumming and a slowly cresting wave of synths, creating a bright, bobbing beat reminiscent of those late summer beach days that feel so long ago. Frontman Dan Whitford sings sweetly of a faraway love, wistful as he looks out across the blue expanse: “Mind it wanders far away/ Feeling in love but I just can’t stay/ Searching magic every day/ Cross the ocean through the haze.”

“Despite actually being one of our sentimental favorites, at the time it didn’t really sit alongside the other album tracks so it was parked on the shelf for a year or so,” Whitford explains in a press statement. “But now that we’ve toured Haiku extensively around the world for a year or so, we thought it would be a nice footnote to put out this unreleased jam into the world for fans to finally enjoy.”

The “Ocean Blue” 7-inch is limited to just 500 pressings, which are available exclusively through Cut Copy’s website beginning Friday. Also up for sale that day and limited to 500 copies is a 12-inch remix collection, Haiku From Zero Remixes, featuring new versions of “Standing in the Middle of the Field”, “Black Rainbows”, and “Tied to the Weather”.

For more insight into “Ocean Blue”, Whitford has dug into the single’s Origins, from Italian prog outfit Sensations Fix to the Atlanta Beltline. 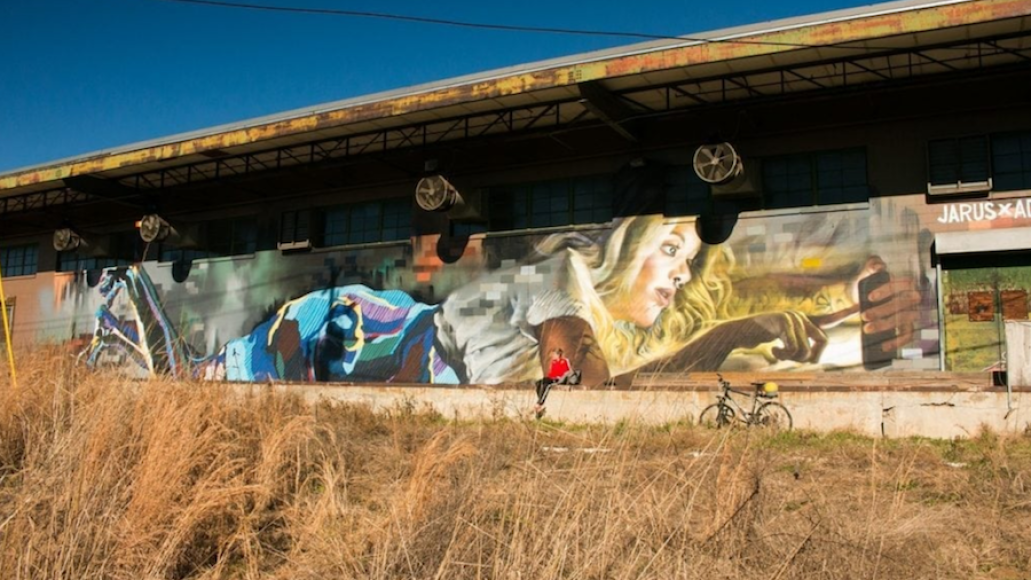 When we recorded “Ocean Blue”, it was the same time as we recorded our most recent album, Haiku From Zero, in Ben Allen’s studio in east Atlanta. As with any studio session, there’s eventually a sense of Cabin Fever, as the band would wait around for a particular drum mic’ing to happen or for one of the other band members to nail a particular riff. Some of us would fill this time with games of ping pong, ducking out for a cigarette or facing off in Call of Duty. After a couple of weeks, I’d head out for a walk to clear my head and come up with lyrics, usually along the Beltline, which was a disused old freight train line that was slowly being turned into a bike and walking trail. I really liked how Atlanta in general was a perfect amalgam of “fucked up” and “super hip” and the Beltline seemed to be a perfect representation of that. This urban landscape (which felt as though it was transforming before my eyes) was a particularly potent as a backdrop for music making.

I had become fairly obsessed with a few dub artists including the work of Augustus Pablo over the past few years. When I was in Atlanta during the recording of our last album, I ended up becoming friends with our AirBNB host who gave me a bunch of records he no longer listened to, some were from the South, some were African, some were krautrock, and one was this Augustus Pablo album. From the first listen, I became obsessed with everything about it, and I tried to incorporate some of that flavor into the intro of the song, with spacious drums, echoey synth lines and cavernous reverb. I love how interactive all the mixes of dub songs are, I feel like it would have been a lot of fun making this album. 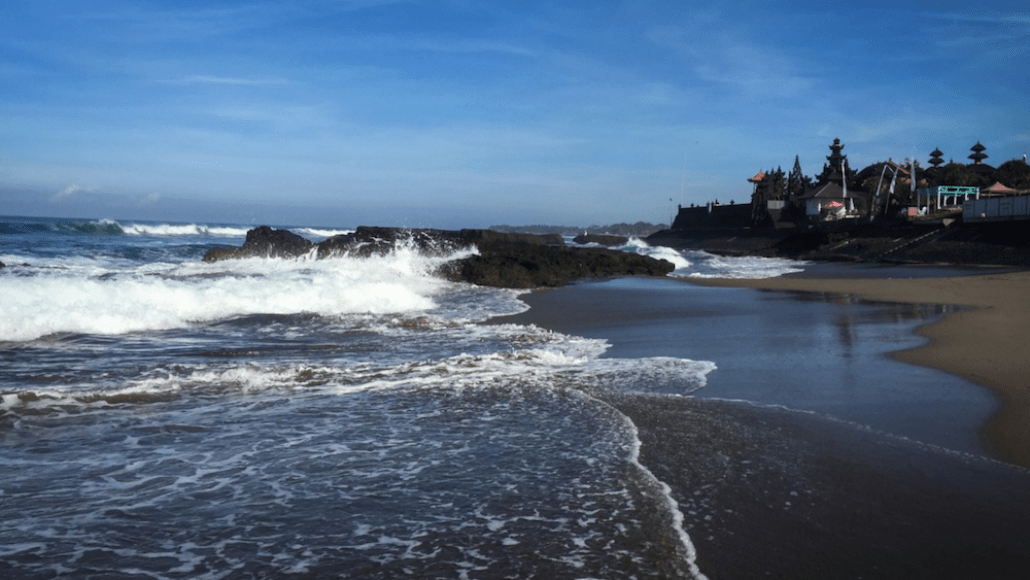 There’s something poetically ephemeral about the movements of water in the ocean, from washing up on a shoreline to swirling in infinite ripples on a horizon. There’s a consistency to it, but it’s always changing, which was a theme in writing “Ocean Blue”. I’ve spent a couple of years living in Copenhagen and it made me muse a little on the idea of living somewhere but never completely settling. I suppose the life of a touring musician is transient at the best of times, but sometimes it can even feel like your home is whatever place you manage to spend a few days consecutively. Though in the long run, I’ve always felt like there’s a tide pulling you back to the place you started out. 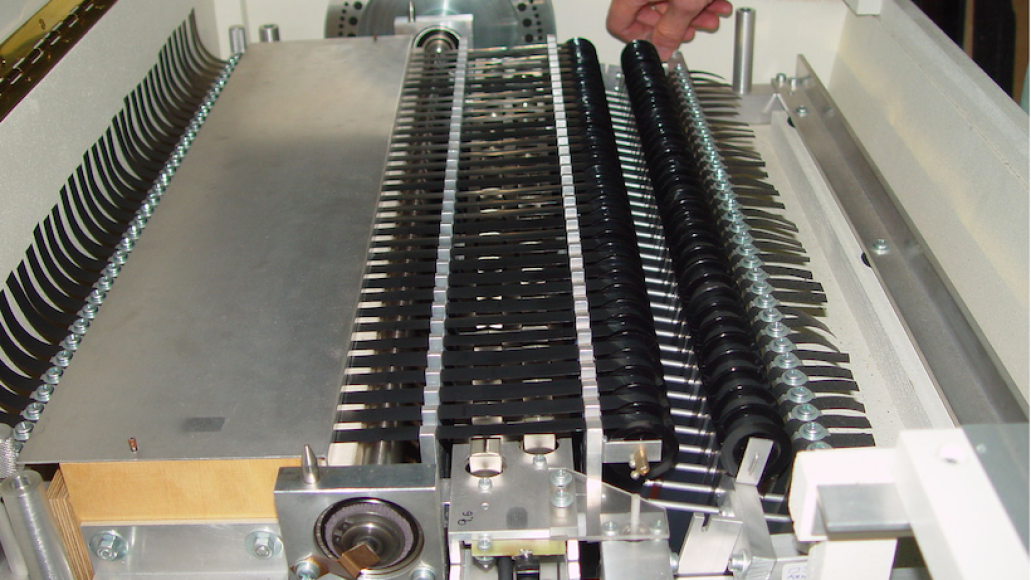 I used a sampled version of the Mellotron for in the middle string section of this song. The Mellotron is one of the more recognizable instruments (popularized by The Beatles on “Strawberry Fields”) and was basically an ultra primitive version of the modern sampler. Instead of a digital hard drive like modern samplers, the sounds were recorded onto tape reels within the keyboard and horns, strings and choirs could be magically played off the keyboard. As it turned out, it could never really imitate the subtlety of these acoustic instruments, so it never sounded perfectly like any of them but over time it became desirable for it’s own quirky sound. I began thinking about how strange this was; that these sounds lived on, over 50 years after they were created and had found cultural importance, more for their failings rather than their original purpose of replacing the need for backing musicians.

I had never heard of Sensations Fix until Tim [Hoey] from our band played one of their songs in our band room a couple of years ago, but I’ve since managed to track down a couple of their records, both of which are captivating and inspiring. Sensations Fix was an Italian prog band helmed by Franco Falsini and their music spans psychedelic pop through to minimal experimental synth music. From listening to some of the songs, it’s hard to fathom how the band weren’t more popular, but then again maybe their obscurity adds to their mystique. It always amazes me that no matter when you think you’ve heard every band from the past thats worth hearing, something else will come along and knock you over. This was definitely one of those.

Below, take a look at the artwork and tracklist for both the “Ocean Blue” 7-inch and the Haiku From Zero Remixes 12-inch. 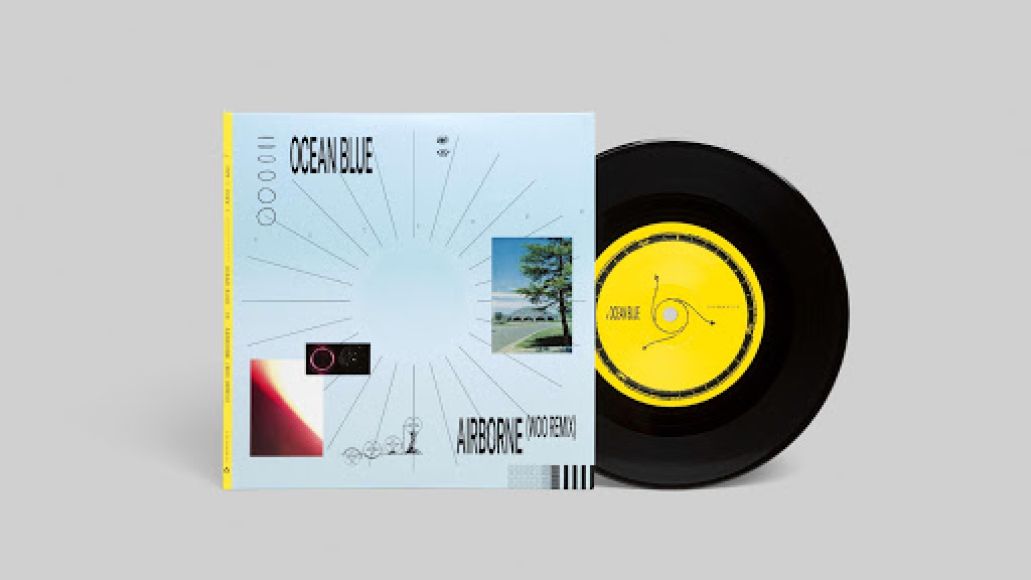 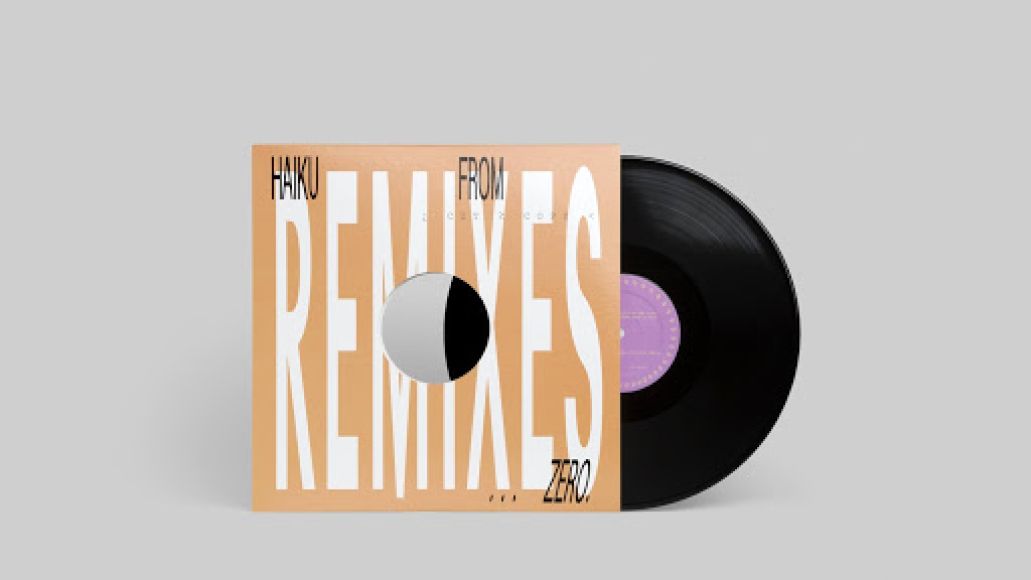