Echo and the Bunnymen has returned with their first new album in four years,The Stars, The Oceans & The Moon. Spanning 15 tracks, this collection strings together reimagined versions of songs from their back catalogue along with two brand new recordings.

In other words, if you’re open to the idea of hearing favorites like “The Killing Moon”, “The Cutter”, “Bring on the Dancing Horses” and “Lips Like Sugar” with “strings and things,” this album is right up your alley. But it’s also not for you, according to frontman Ian McCulloch.

“I’m not doing this for anyone else,” he insists in a press release. “I’m doing it as it’s important to me to make the songs better. I have to do it.” One would think 30+ years of rampant support would sell him on these songs, but who are we to argue with the guy?

Nevertheless, it’s an intriguing experiment and the two new songs — “The Somnanbulist” and “How Far?” — aren’t too shabby either. Stream the full album below via Apple Music and Spotify and consult the tracklist and album artwork shortly after.

The Stars, The Oceans & The Moon Artwork: 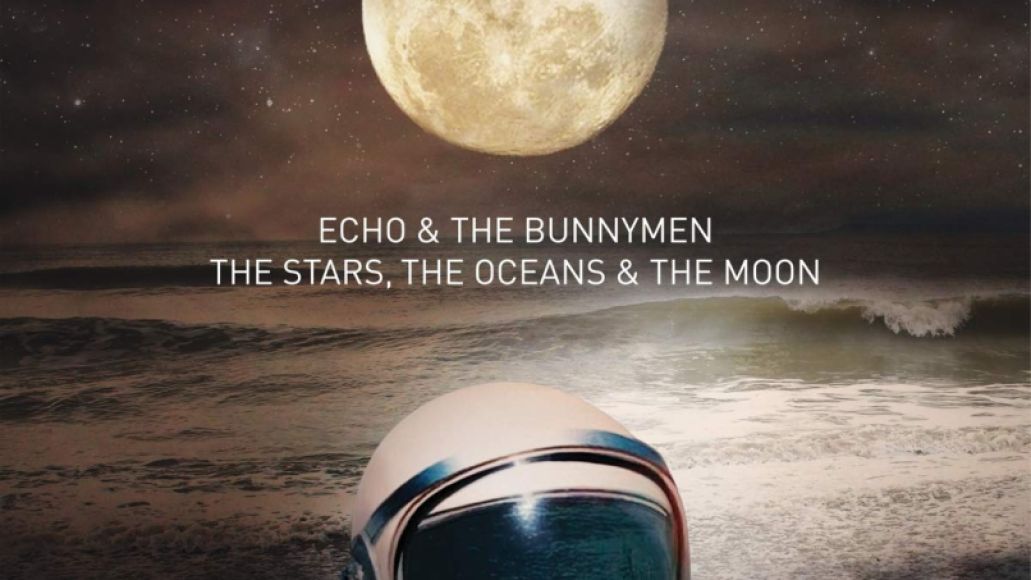 Echo and the Bunnymen share first album in four years The Stars, The Oceans & The Moon: Stream