There’s much about Bradley Cooper’s A Star Is Born that’s new — “Shallow”, for example, is brand-spankin’, give-it-an-Oscar new. But any suggestion that writer-director-star Bradley Cooper is somehow correcting or improving on a weak, cheesy story is dead wrong. This is absolutely an of-the-moment retelling, even if the bones of the story are the same. A man whose personal demons are taking a toll on his career meets an undiscovered talent and is immediately smitten, both by that talent and by all the rest of her. He gives her a leg up, and as her career skyrockets, his begins to crater. They fall in love. It’s bliss, until it’s hell; there’s lots of crying, a tragic end, and a healthy dose of inspiration.

Talent, attraction, addiction, love, fame, guilt, tragedy, grief, strength. Those are the bones of A Star is Born, no matter the year: 1937 (William A. Wellman), 1954 (George Cukor), 1976 (Frank Pierson), and 2018 (Cooper). The particulars of all that have changed from version to version, but the core remains the same. But Cooper, who is also one of the film’s credited screenwriters, links his film to its three predecessors in ways that go well beyond those bones. Some of it’s just adaptation, to be sure — there’s at least one line of dialogue, with some slight differences, that appears in all four films — but Cooper also laces his film through with references to the first three Star Is Borns and to the people who made them. 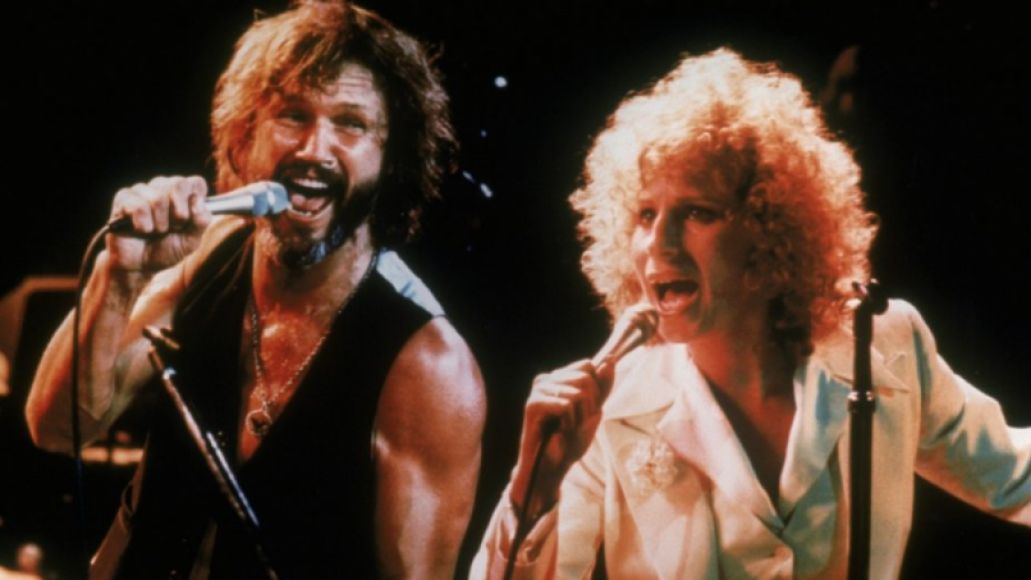 Kris Kristofferson and Barbara Streisand in A Star Is Born 1976

What follows is a lightly annotated guide to the connective tissue of the 2018 A Star Is Born. It is by no means an exhaustive list, but it’ll get you started. To really catch all the little winks and references, you’ll need to watch all three of the earlier films, but if you’d rather not watch 374 minutes of Stars being Born, you can skip the 1937 film. Cooper references the 1976 film most frequently, but the 1954 is the gold standard. It’s worth seeing even if you don’t give a shit about Easter eggs.

It should go without saying, but this article discusses plot events from all four versions of A Star Is Born, so if you haven’t seen them, proceed with caution. 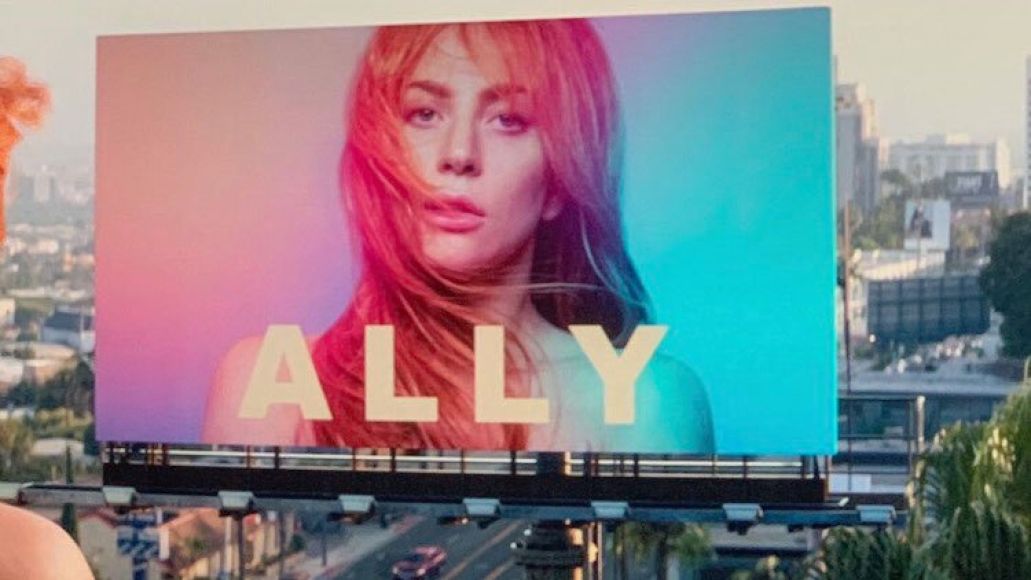 Ally Billboard from A Star Is Born 2018

That last name plays an important role in three versions of the story. In Wellman and Cukor’s films, as well as Cooper’s, Esther/Ally’s final scene either peaks on or hinges on her declaration of her name — “Mrs. Norman Maine” in the first two, “Ally Maine” in the 2018 version. In the Pierson film, Esther pays tribute in another way — by singing one of John Norman’s songs (something else Cooper’s film does).

In all four versions, Norman/John Norman/Jackson and Esther/Vicki/Ally are entertainers — the first, in fact, starts with her leaving for Hollywood with money covertly slipped to her by her saucy grandmother, and Norman doesn’t show up for awhile. In the Cukor/Garland film, Esther’s the singer in a big band, and with Norman’s little push, she becomes a movie musical star. The Pierson version reimagines the characters as a fading guitar god and a cabaret/commercial jingle singer (it’s pretty unclear, to be honest). Singing has been part of the deal since 1954, but Cooper and Pierson both let go of the whole movie star element.

There are some overlapping characters elsewhere and certainly people filling similar roles — Esther/Ally always has a friend from pre-fame (here Anthony Ramos), Norman/John Norman/Jackson always has people to clean up his messes, with relationships that are often combative (here Sam Elliott).

Fonts and “Over the Rainbow”

Near the beginning of the 2018 film, Ally leaves work and walks up a long ramp, singing the classing Wizard of Oz ballad while the film’s title slowly appears. The font is very similar, if not identical, to the font used for the title of Cukor’s film, and “Over the Rainbow” is the song most commonly associated with Judy Garland. (Second place would probably have to go to “The Man That Got Away,” which she sings early in the Cukor film.) 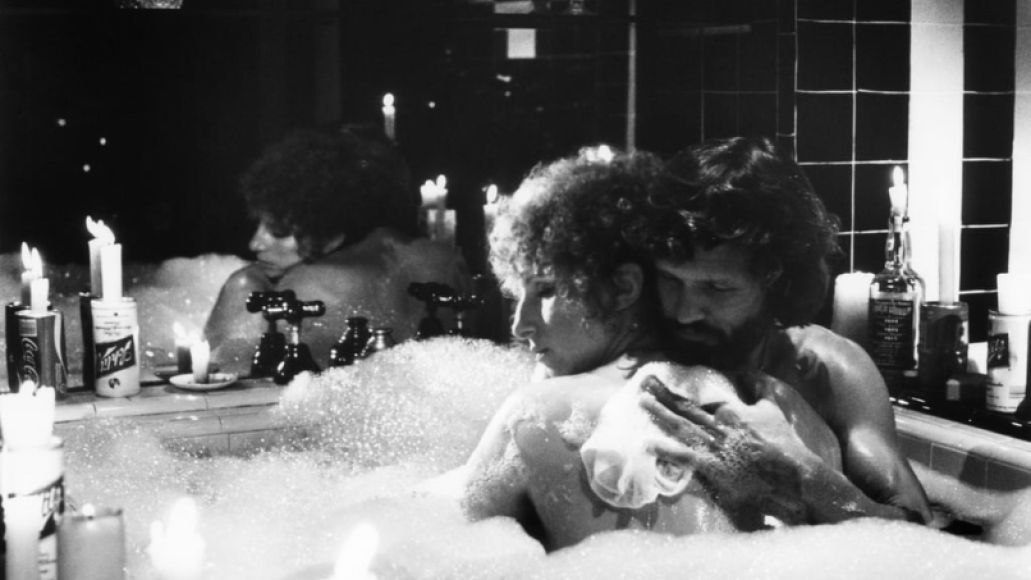 Kris Kristofferson and Barbara Streisand in A Star Is Born 1976

In the first two films, Esther undergoes truly horrible makeup tests (in the first one, eyebrows are a particularly rough element). The Pierson film gender-flips the makeup moment, having Esther apply bright, red clown cheeks to John Norman while they’re in a bathtub. Cooper gets the best of both worlds — the performance during which the two meet sees Ally wearing false eyebrows and a nose treatment, which Jackson pulls off; she later applies the eyebrows, and some other glittery stuff, to Jackson (again in a bathtub).

Ally’s extreme Piaf brows aren’t just an odd affectation, either. The choice to have their first encounter, in which Ally is singing “La Vie En Rose”, take place in a drag bar seems a deliberate nod to Gaga’s connection to the gay community, and at least one of the performers (D.J. “Shangela” Pierce, of RuPaul’s Drag Race) has worked with Gaga previously (in the lyric video for her single “Applause”).

There are lines of dialogue that recur in some of these movies but not others (whither the fishing comparison, Mr. Cooper?). But, as far as this writer can tell, the only one that pops up in each and every one of the films is “Just wanted to take another look at you” or some variation of the line. It’s a key element of the story’s tragic climax — a line said in the first flush of love becomes a kind of farewell. 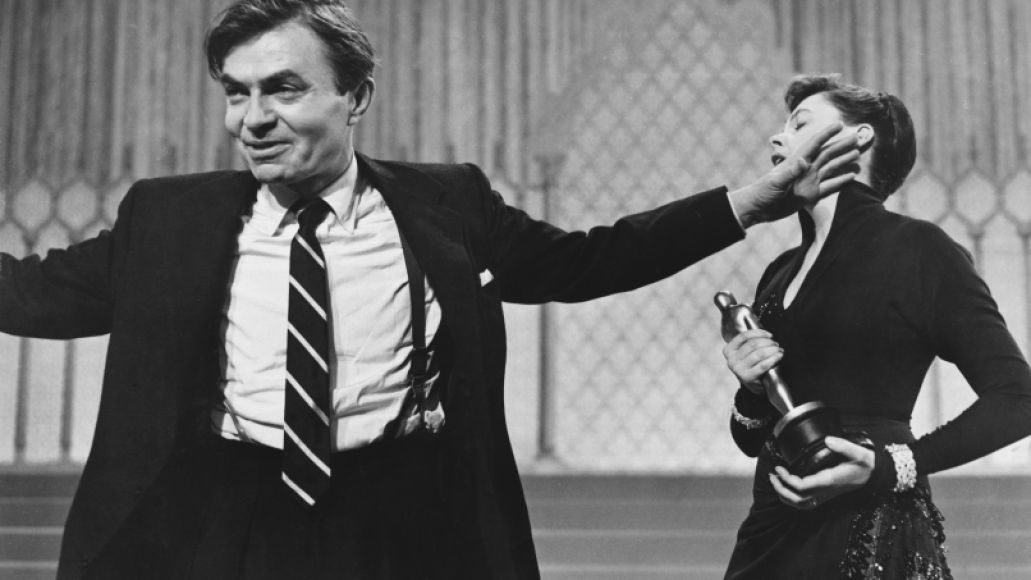 This is a consistent plot point — Esther/Ally wins a major award (an Oscar in 1937 and 1954, a Grammy in 1976 and 2018) and a reeling Norman/Jackson shows up wasted. Broadly speaking, it’s a scene. More specifically, the Oscars fiascos involve Norman wildly gesticulating while crashing his wife’s speech and inadvertently hitting her in the face. Cooper’s version invents a Roy Orbison tribute that spurs Jackson’s binge, while the Kristofferson meltdown is more general. The pants-peeing is all Cooper’s. 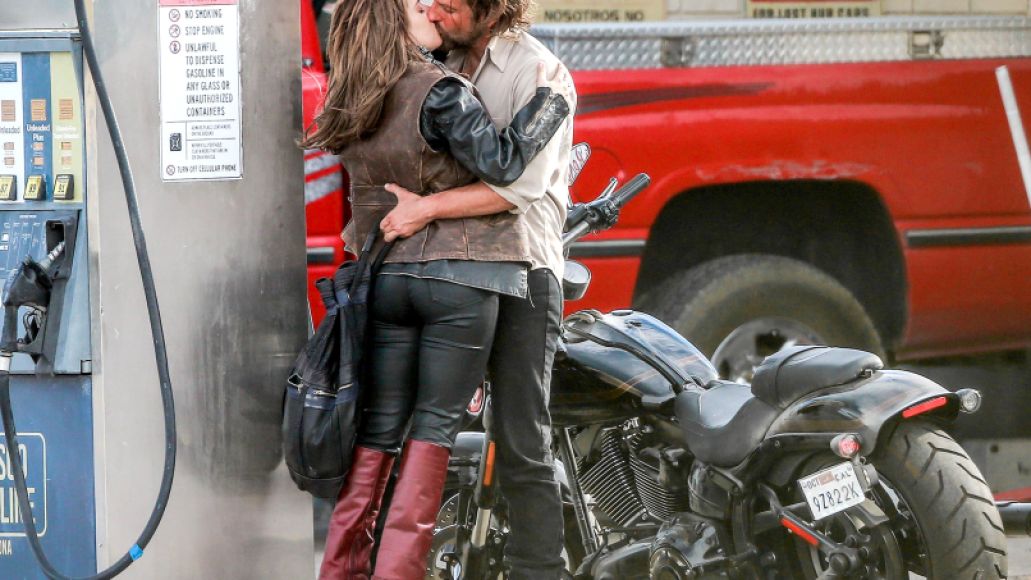 Lady Gaga and Bradley Cooper Filming A Star is Born 2018

— In the Streisand/Kristofferson Star, John Norman owns a ranch on which he and Esther hilariously build a ranch house/sex palace while wearing very little clothing without any professional assistance. Jackson Maine also owns ranch land — technically, he gave it to his brother, but he bought it — though here it’s the place his father’s grave is supposed to be, rather than a ranch house/sex palace.

— The nose stuff pops up in the Garland film, but it feels way more Streisand, who has one of the most famous noses in Hollywood or music history. See also this photo: 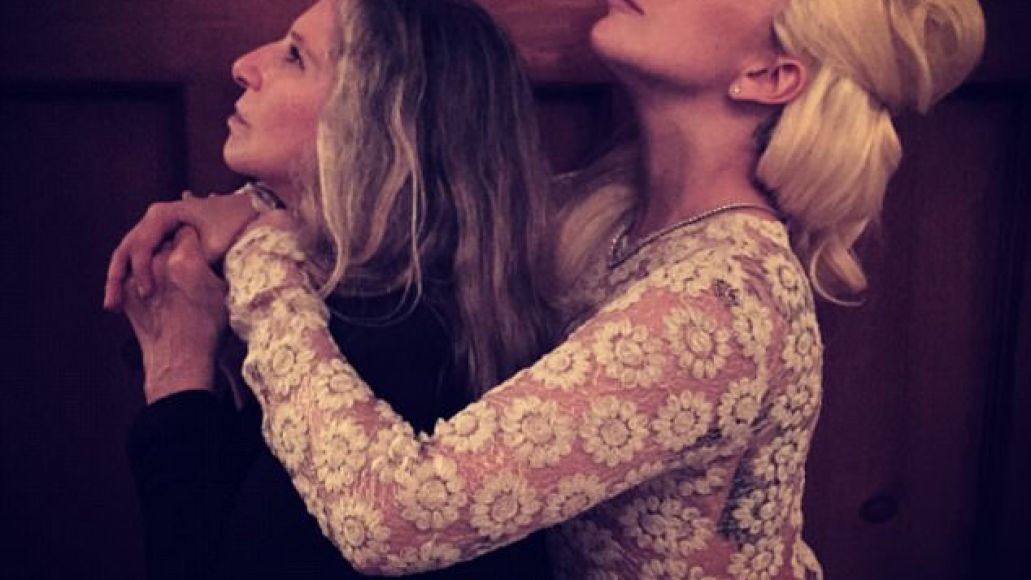 — The last scene echoes the Cukor film (which sees Garland’s Esther preparing to sing, but we’ve already seen Esther sing that particular song, so it elegantly cuts away before it begins. It’s incredible. Watch that movie.) It’s far more similar to the end of Pierson’s film, a long, one-take segment that sees Streisand burn through one of the John Norman Howard songs from earlier in the film. The closest comparison, though, is the final scene of another Streisand film: Funny Girl.

How Bradley Cooper's A Star Is Born Compares to Past Versions