Future and Juice WRLD have unleashed their collaborative album, WRLD on Drugs. Stream it in its entirety below via Spotify.

Their first joint effort together, WRLD on Drugs is comprised of 16 songs and features guest appearances from Nicki Minaj, Lil Wayne, Young Thug, and Gunna, among others. The album was completed in just the last few days, as the two were recording in the studio as recently as Wednesday, October 17th.

(Read: The 20 Richest Rappers in the World)

For Chicago’s Juice, the WRLD on Drugs follows his first-ever solo album, the chart-topping Goodbye & Good Riddance, which dropped in May. As for the Atlanta-bred Future, his last project came in the form of this past July’s Beast Mode 2.

In an interview with Atlanta’s Hot 107.9 (via Rolling Stone), the 19-year-old “Lucid Dreams” rapper talked about his experiences listening to Future while growing up:

“I ran into some percocets my freshman year,” Juice said. “Niggas was calling me and my homie…Two years later, three years later Future drop 56 Nights. By the way, Future is the GOAT. Future dropped 56 Nights. Niggas is hitting my phone like, where you get all them percs from, them xans.’ Hearing that music at such a young age, nigga I was trying to sip lean in sixth grade listening to Dirty Sprite, one and true story,” he continued. “So it’s like, it’s the people that doing that shit ’cause they like getting high and they going through stuff and they like addicted. And then it’s the people who do it for trends and for the people that’s really in the shit, it’s not as easy as seeing somebody die.”

The two rappers have been teasing WRLD on Drugs with famous clips about drug use and drug abuse. One of those included that time Kanye West discussed his liposuction surgery and subsequent addiction to opioids.

Despite drugs being a running theme of the album, Juice has said he’s been trying to curb his use. “I smoke weed, and every now and then I slip up and do something that’s poor judgment,” he told the New York Times over the summer. “I have a lot going for me, I recognize it’s a lot of big things, a lot of big looks. I want to be there, and you don’t have to overdose to not be there.” 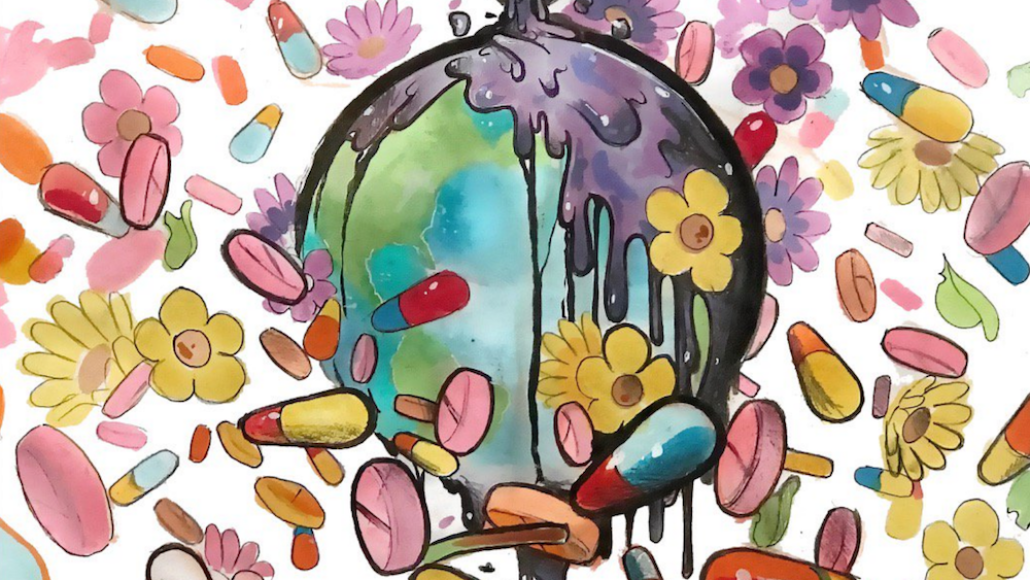