In what is surely the most groan-worthy feud of the 21st century, Insane Clown Posse and Limp Bizkit are currently grilling up some hot medium rare beef. It all started at Camden, New Jersey’s Rock Allegiance Festival over the weekend when ICP member Shaggy 2 Dope rushed the stage during LB’s set and tried to drop kick frontman Fred Durst. It’s not entirely clear if Shaggy’s wrestling training simply failed him or if security had impeccable timing, but either way, the kick failed to land and the hip-hop clown was dragged off stage.

Now, in response to the incident, Limp Bizkit’s DJ Lethal has taken to Instagram to call out Shaggy 2 Dope. In screenshots captured by The PRP (via Metal Sucks), Lethal admitted he “was a fan til today” and included the hashtag #exicpfan before going on something of a tirade against Shaggy. “Bro step up!! Man to man. No suckerstage rushing ‘I’m gonna get on TMZ,'” Lethal wrote.

In a subsequent series of comments, he called Shaggy a “bitchmade G,” a “wack bro” who “just got wack,” and a “bitch ass clout chaser.” Throughout the entire thing, Lethal also repeatedly taunted Shaggy, writing things like, “Where you at? The hospital?????” 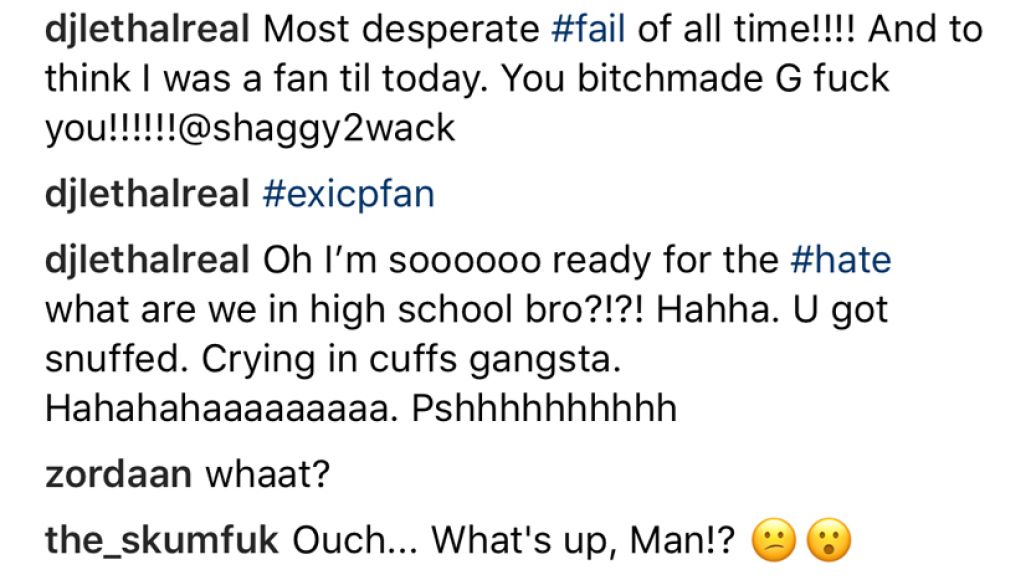 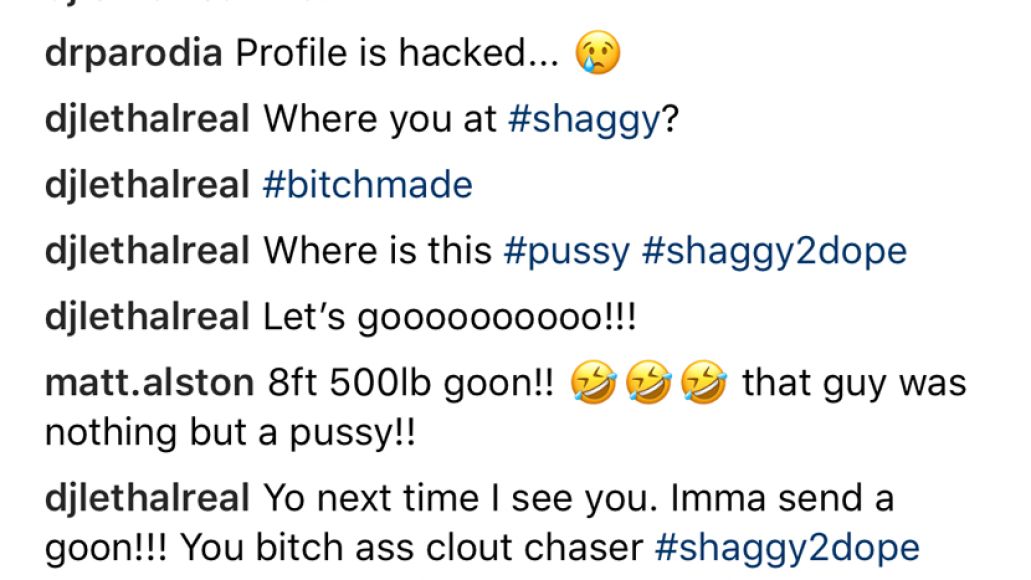 Making all this wackness even wacker is a video posted by one Michael Troyer, who performs under the wackest of wack monikers, SpAzZ DaNkYy BuDdZ. The clip shows Shaggy calling his shot before his big swing and a miss, as you can see below: