Open Mike Eagle returned last month with a new single called “Relatable (peak OME)”, along with the promise of a more expansive project that would soon be on the way. He’s kept that vow, announcing today the details of an imminent new EP.

Titled What Happens When I Try to Relax, it’s due out this Friday, October 19th. It marks his first release through his own Auto Reverse record label, and spans a total of six songs. With the exception of “Relatable”, their titles have been mostly kept a mystery). The EP follows up on Brick Body Kids Still Daydream, his breakout 2017 album.

“It’s too complicated for a quick explanation….” the Chicago-born, but LA-based rapper previously said of “Relatable”. “It’s about expectations of form, anxiety, middle age and middle class. and that’s just the parts I know how to put into words a couple months after writing it.”

Recently, OME — an avid wrestling fan — actually participated in his first-ever wrestling match. He battled Shiloh Jonze in the ring in Louisville last week and came out victorious (with the added help of wrestling icon Mick Foley, but still).

On the comedy front, OME has been working with Mystery Science Theater 3000’s Baron Vaughn on the upcoming Comedy Central show The New Negroes, a variety show that combines stand-up and music to investigate “perceptions of blackness.” He also performed at Adult Swim’s inaugural festival in downtown Los Angeles a few weekends ago.

my new project is called What Happens When I Try to Relax. It is 6 songs im releasing on my own record label that I'll put up against any 6 rap songs that came out this year. Preorders for the digital, limited CD and vinyl are available now. https://t.co/jKDvVBd3Fl pic.twitter.com/T0ExIDM0tj

What Happens When I Try To Relax Artwork: 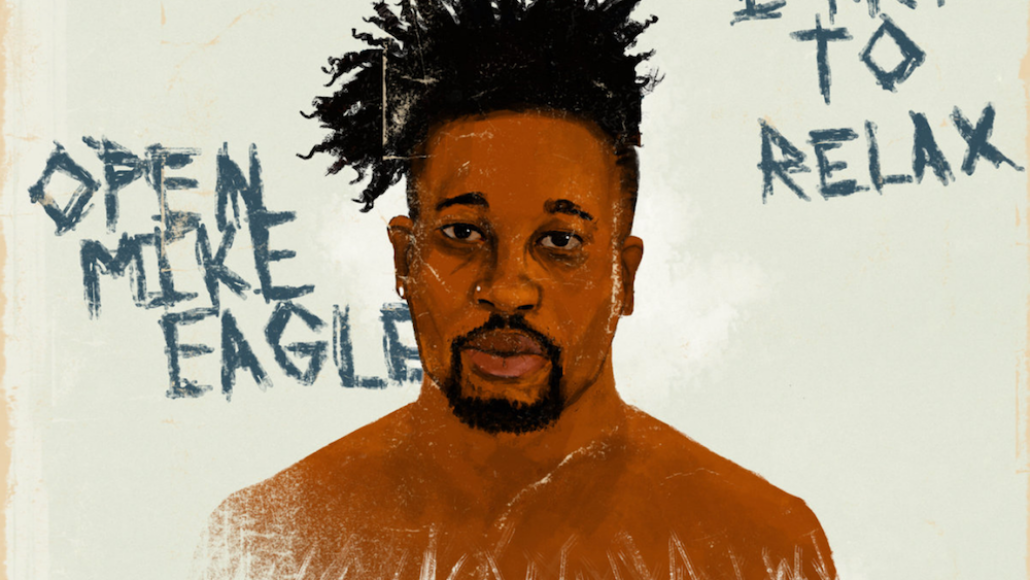 Hamish Kilgour, Founding Member of The Clean, Dead at 65

Open Mike Eagle's new EP, What Happens When I Try to Relax, is coming later this week