Run the Jewels have contributed a new song to the soundtrack to Venom, Sony’s surprisingly successful comic book blockbuster starring Tom Hardy. Titled “Let’s Go (The Royal We)”, the blood-thirsty offering sees El-P and Killer Mike gearing up to put their enemies in a “hearse” and “under the earth.” Take a listen below.

Speaking with Beats 1’s Zane Lowe, El-P noted that although new, the song’s origins actually trace back to the rejected material he did for the Blade Runner 2049 trailer. “I just loved it so much that I was like, ‘I have to use this,’” said El-P. “I had spent some time working on that to kind of try and transform it into a beat for essentially Run the Jewels 4, because me and Mike both loved it, and we just thought it was nasty.”

In a statement earlier this year, the rapper said “almost every sound [on the rejected score] apart from percussion was created on the same type of synth Vangelis used for the original Blade Runner score.”

The Venom soundtrack was put together by Black Panther composer Ludwig Goransson and also features an original song from Eminem. Run the Jewels previously contributed to Marvel’s Deadpool 2 and Black Panther.

In the same Beats 1 interview, Run the Jewels mentioned they’ve been working on a new album, the follow-up to 2016’s RTJ 3. 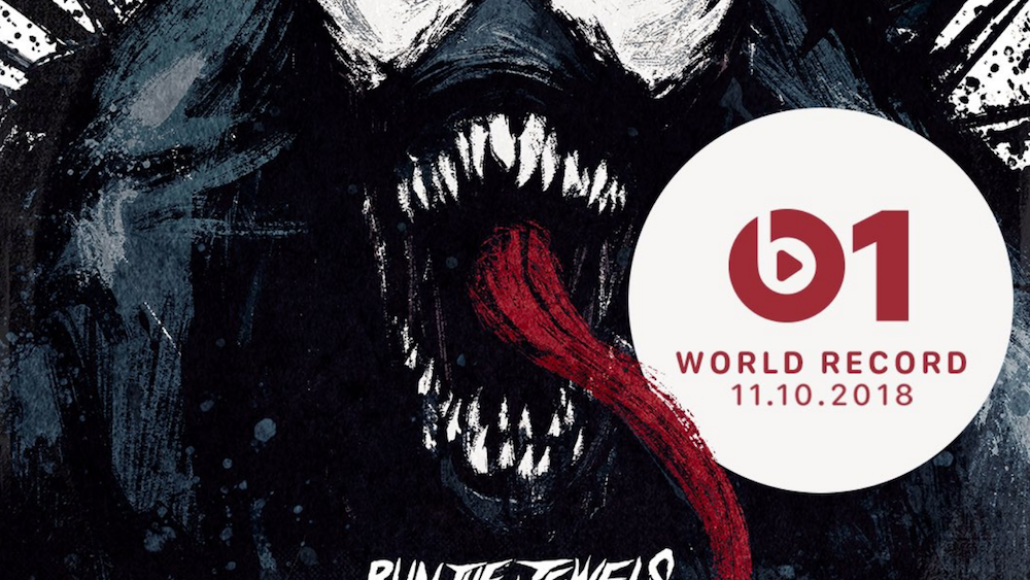