Origins is a new music feature that asks an artist to look deep into the influences behind their latest single.

Next year will mark the 40th anniversary of Pink Floyd’s seminal record The Wall. Yet even four decades after the concept album tackled alienation, division, and the failure of authority figures, the themes remain all too relevant. That’s why Magnetic Eye Records has spent the last year and a half putting together an impressive roster of an artists to contribute to a complete reimagining of the record they’re calling The Wall [Redux].

Due out November 9th, the tribute features contributions from the likes of The Melvins, Pallbearer, Greenleaf, Mark Lanegan, and others. Former Kyuss and The Obsessed member Scott Reeder also contributed, taking a dark and lonely turn on “Is There Anybody Out There”. The track finds The Wall’s protagonist, Pink, trapped behind a wall of his own design, questioning his decision to lock himself away and wondering what exists on the other side of those bricks. Reeder highlights this isolation in the rattling guitar and hollow sounds of the opening, giving way to pensive strings and a melancholy guitar, giving us all space to think about the damage that comes from separating ourselves by giant walls — psychological or physical.

Pre-orders are going on now. Find the complete tracklist with all the contributors beneath Reeder’s detailing of the Origins behind his take on “Is There Anybody Out There”. 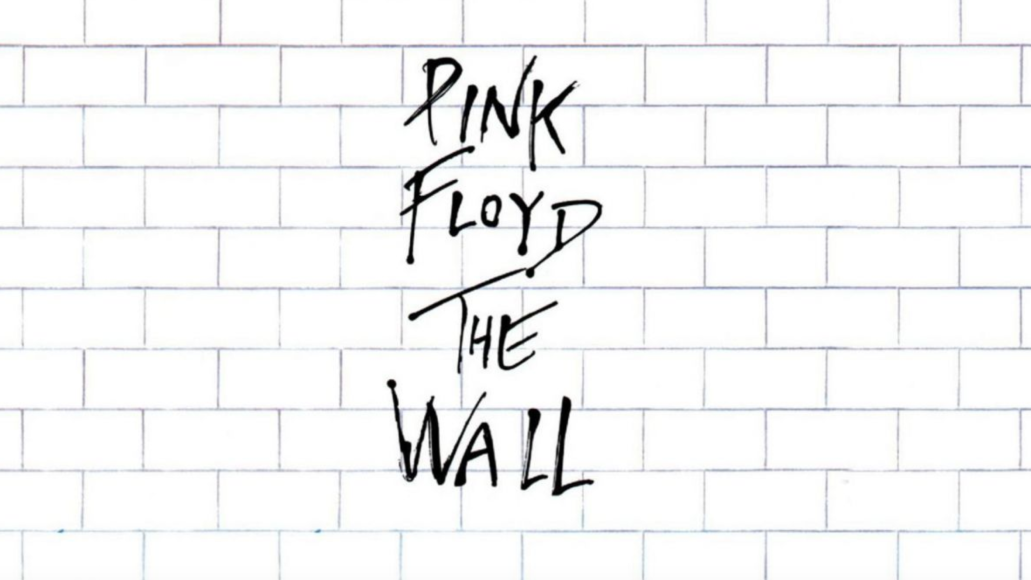 The first band I loved when I was first gaining consciousness was the Beatles, around 1967/68. The thing that stuck out for me was the vocal harmonies — they seemed to be delivered from a magical, divine force that they had somehow tapped into. It wasn’t until Pink Floyd released The Wall that I got that same thrilling feeling that these musicians were truly tapped into a whole other level. I first bought it on 8-track cartridge, and I’d spend hours in the headphones, dissecting every note, every sound, or just letting go and getting lost in it’s sonic glory. When I left for school, I’d often leave the tape looping through the headphones, and I’d sit in class daydreaming of being in my room listening inside those Koss headphones. To this day, it’s my favorite album of all time.

“Is There Anybody Out There?” is such a weird, but simple piece. It repeats that painful question a few times, and the iconic arpeggiating guitar line takes it home. I thought about doing a gratuitous bass line weaving through the guitar bit, maybe on fretless… but it seemed trite, and took away from the feeling of isolation. It felt better not to mess with the formula too much. I did a few ambient tracks with my Warwick 8-string bass going through a Whammy pedal, rising and falling to add to the tension building. The vocals go by so fast in the original – I added a few tracks instead of just going for the synth. I was stoked to bust out my trombone, too, for the first time since the 1984 Olympics (I played in the opening and closing ceremonies)! 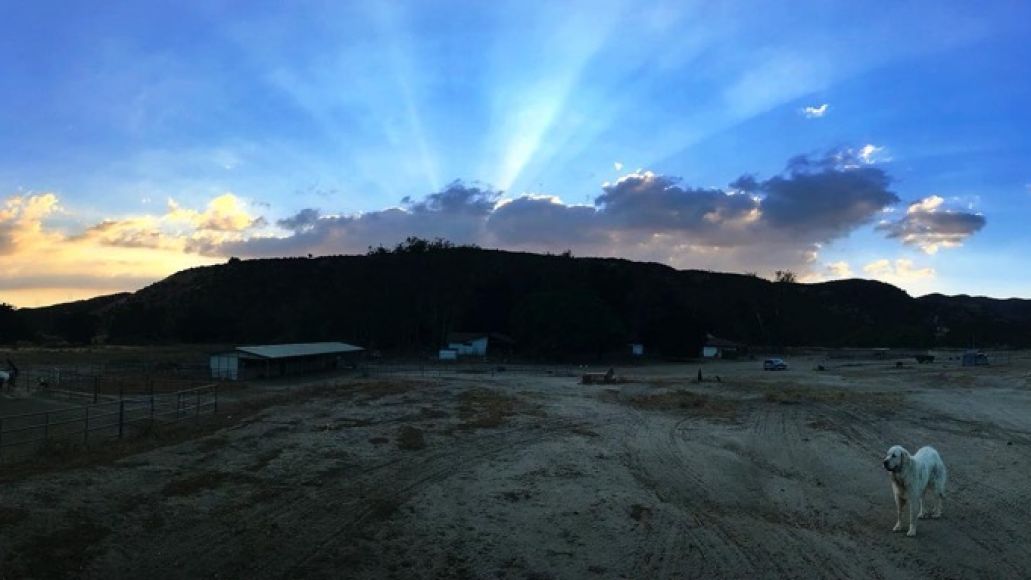 The emotions in “Is There Anybody Out There?” and throughout Pink Floyd The Wall are so, so heavy. Maybe it spoke to me at age 15 because of losing my father so young? My family relocated to the desert shortly before, and I was pretty alienated for awhile, not knowing a soul in my new surroundings. I tried LSD at 16, way before beer or weed, which felt like it brought me more inside the music, but didn’t do much for easing the alienation, haha! My dream had always been to make music, and I was lucky to fall into the punk scene and start playing music with a few from a very small group of somewhat-like-minded individuals. It felt like we were a tiny group of misfits back then in the early ’80s — it’s crazy how things spread from playing to five people at a house party, to playing to a field of 100,000. Really weird. I completely love my wife and the critters at our ranch, and I love my friends to death; but I still prefer quality time with just a couple of people, over having big parties, ANY day. The isolation of our ranch allows both, though — I can go from quiet reclusive weirdo to crazy party host… but I really enjoy the quiet right now, mostly.

Mass Shootings Crept Into The Ambience: 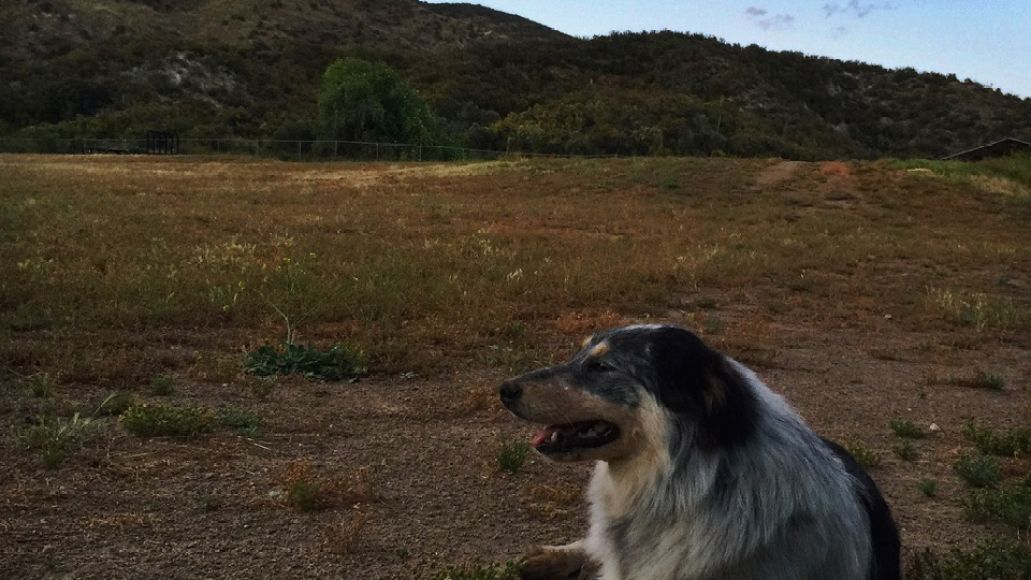 A big part of the vibe in the original piece is simply the ambience, holed up in a motel room on a desolate highway zoning on the TV, with a neighboring crying kid at the end. I instead wanted to portray the isolation that one can feel out here on our ranch, so I recorded some sounds around here. Some major mass shootings had just happened, including the horrific Las Vegas one — gun regulation was a huge, divisive issue boiling over at this moment, and I wanted to touch upon it in some way, as well. One night I was on the porch with my dog Rocky, and there were gunshots in the distance going off, so I grabbed my phone and started recording… Rocky was huddled next to me whimpering, while our Great Pyrenees Harry was out by the horses barking at the guns. Perfect. The swarm of flies in the transition is actually bees taking over a kiddie pool for the dogs. My Chihuahua Scooter was the homage to the screaming kid at the end… I feel just a little bad yelling the “Shut up!” overdub to cut her off on the recording, as she passed less than two months after this recording… I’m very stoked she’s on it, though! She made a great background vocalist, along with Rocky and Harry!

Side B
1. Goodbye Blue Sky – Mos Generator
2. Empty Spaces – Domkraft
3. Young Lust – The Slim Kings
4. One of My Turns – Worshipper
5. Don’t Leave Me Now – Spaceslug
6. When the Tigers Broke Free – Year of the Cobra
7. Another Brick in the Wall, Pt. 3 / Goodbye Cruel World – Greenleaf

Scott Reeder shares the Origins of his cover of Pink Floyd's "Is There Anybody Out There": Stream