September Mourning, the multimedia music project fronted by Emily Lazar (aka September), are back with a brand-new song, and they’ve teamed up with Heavy Consequence to premiere the track and its accompanying video (watch below).

Along with the new song, September Mourning are also releasing the latest issue of their comic book series, which accompanies the band’s music.

“‘Empire’ is a song for anyone who has ever felt emotionally misled,” frontwoman September tells us. “As if one moment you believe in something or someone with your entire being, only to suddenly realize that everything you felt was based on a false truth. The song coincides with the comic books and September’s realization that in her quest for being the hero, she must do things that seem completely opposite of that… that the lines between good and evil are sometimes very blurry.”

The video features orbs with images of fans who shared selfies with the band on social media. Their images represent souls who appear and disappear throughout the video.

Issue #3 of the September Mourning comic book arrives digitally on October 17th via Image Comics, with a description as follows, “September Mourning, half-human, half- reaper, is joined by a blind girl and a dead girl. Together they form the Trinity. The last best hope for humanity to escape the control of Destiny, the eater of souls.” 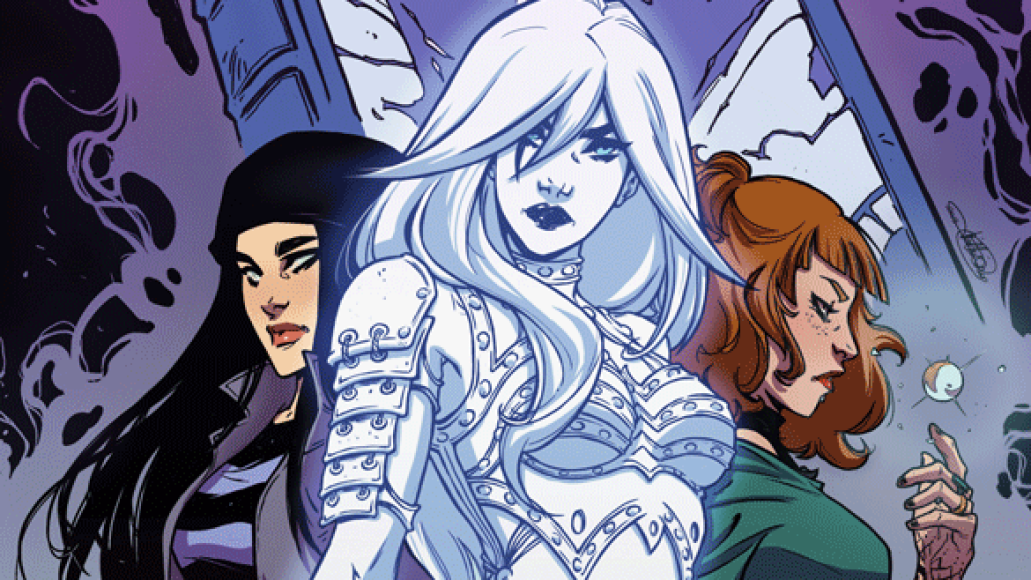