After more than a quarter century of existence, veteran punk rock act The Casualties have entered a new chapter of their career, with a new look and a brand-new album, Written in Blood, due October 26th via Cleopatra Records. In advance of the disc’s release, the band has teamed up with Heavy Consequence to bring you the exclusive premiere of the new track “Feed Off Fear” (listen below).

The New York-based street punk band underwent a major change in 2017 when founding vocalist Jorge Herrera retired from the group. In his place, The Casualties recruited new singer David Rodriguez, with Written in Blood being his first album with the band.

The song “Feed Off Fear” starts off with a 30-second piano intro before launching into the familiar punk-rock heaviness that The Casualties have been churning out since the ’90s.

Regarding the track, Rodriguez tells us, “‘Feed Off Fear’ is a song of age-old subject matter. Love and love lost. The fine line of new ideas and the journey towards a peaceful society. However, it’s not the idea or journey that turns sour, but the heart of man. In his/her struggle for peace and righteousness, they become greedy and unaware of their new lust for blood and power. Fear becomes weapon alongside with sword. And in this, blood feeds the soil for revolution. Seeds grow strong inside of a young heart.”

As previously reported, The Casualties will be joining Goatwhore, Black Tusk and more on the fall 2018 edition of the Metal Alliance Tour, with shows kicking off Halloween night in New Orleans, Louisiana. See the full list of dates below, and pre-order The Casualties’ new album, Written in Blood, at this location.

The Casualties’ Written in Blood Artwork: 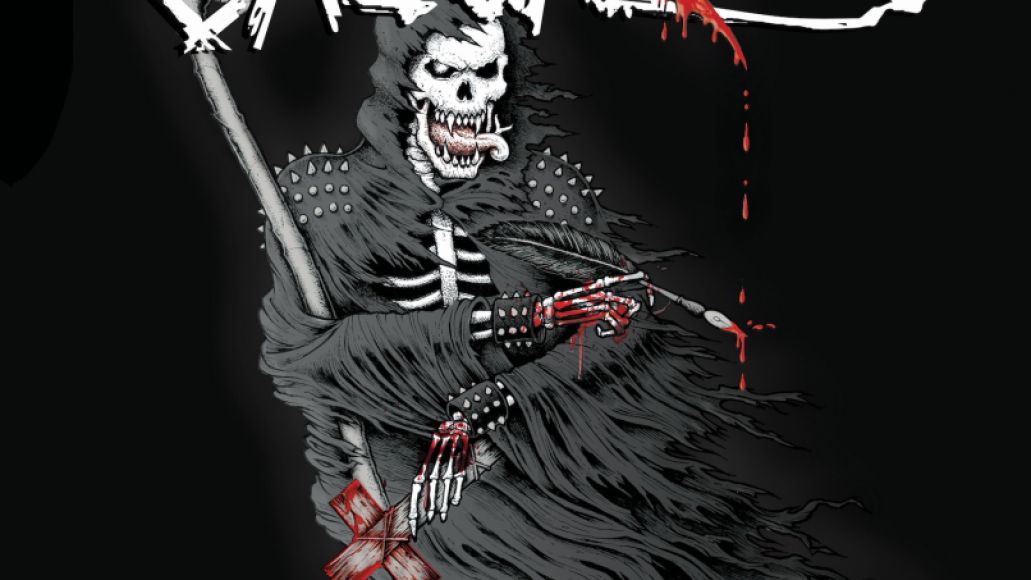