Jack White is wrapping up an extensive world tour in support of his latest solo album, Boarding House Reach. Next up for the Third Man rocker? A long-awaited third full-length record from The Raconteurs, his rock band with Brendan Benson, Jack Lawrence, and Patrick Keeler.

According to a press release, The Raconteurs will release a new album, their first since 2008’s Consolers of the Lonely, in 2019.

Two songs from the forthcoming, as-yet-untitled LP will be included in a new 10-year anniversary reissue of Consolers of the Lonely. The latest installment in Third Man Records’ quarterly Vault subscription series comprises Consolers of the Lonely pressed on copper foil metallic vinyl, marking the first time the double LP has been available on colored vinyl. An accompanying 7-inch contains the two new songs, pressed on mixed metal vinyl.

You can sign up for Third Man’s Vault here. 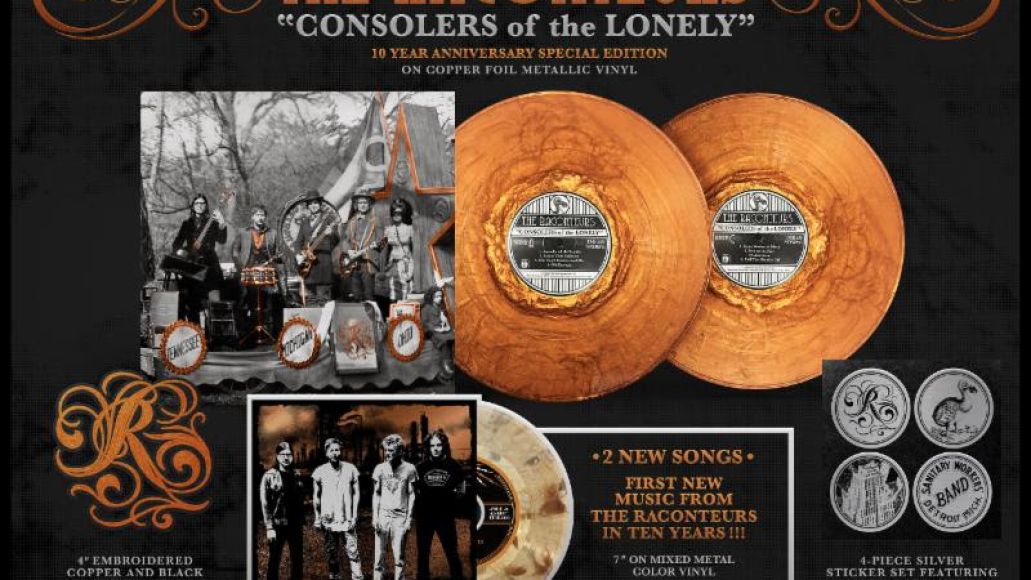 David Bowie's Performance of "Starman" on Top of the Pops Remastered for 50th Anniversary: Watch

A Meteor Streaks Across Middle-earth in Trailer for The Lord of the Rings: The Rings of Power: Watch

The Raconteurs to release new album in 2019