The Pitch: Falling to Earth after being abandoned by her TARDIS, the newly-regenerated Thirteenth Doctor (Jodie Whittaker) is immediately thrust into a life-or-death situation investigating a mysterious alien pod that’s just arrived in Sheffield. Fortunately for her, she’s assisted by an intrepid group of new human companions, including the dyspraxic Ryan (Tosin Cole), his sheepish step-granddad Graham (Bradley Walsh), and underappreciated policewoman Yas (Mandip Gill). Together, the four of them, along with Ryan’s nan Grace (Sharon D. Clarke) must foil an interstellar manhunt.

Same Software, Different Case: Like its protagonist, Doctor Who has survived this long thanks to its endless ability to regenerate – the malleability of its imaginative premise lends itself inherently to the kind of change that came between seasons 10 and 11. In this way, season 11 of Doctor Who is a fresh start for the show, with a new Doctor, new showrunner (Broadchurch’s Chris Chibnall), new companions and new, more cinematic look. The episode itself is about change – the ways in which we move forward in the face of events that change everything about who we are, the divide between the person you are and the person you’re going to be. “We are capable of the most incredible change,” the Doctor says, and the characters and show alike prove that sentiment in numerous ways.

In the season’s premiere episode, “The Woman Who Fell to Earth,” all these changes make for a layered, stripped-down version of the show that feels refreshingly back to basics. There’s no fancy title sequence, the Doctor is missing her TARDIS (the search for it appears to be the major thrust of the series), and the main crew is a tight-knit ensemble of four as opposed to the common Doctor-companion pairing we’ve become accustomed to in the past. It’s a good sign, as Chibnall works best with these kind of emotionally complex ensemble dramas as opposed to fitting into the old mold of Doctor Who (just look at any of his previous episodes for the show). If Chibnall must put a little Broadchurch into his version of Doctor Who – complete with interpersonal family drama, tear-jerking funerals, and people looking forlornly across vast grassy plains – then so much the better. 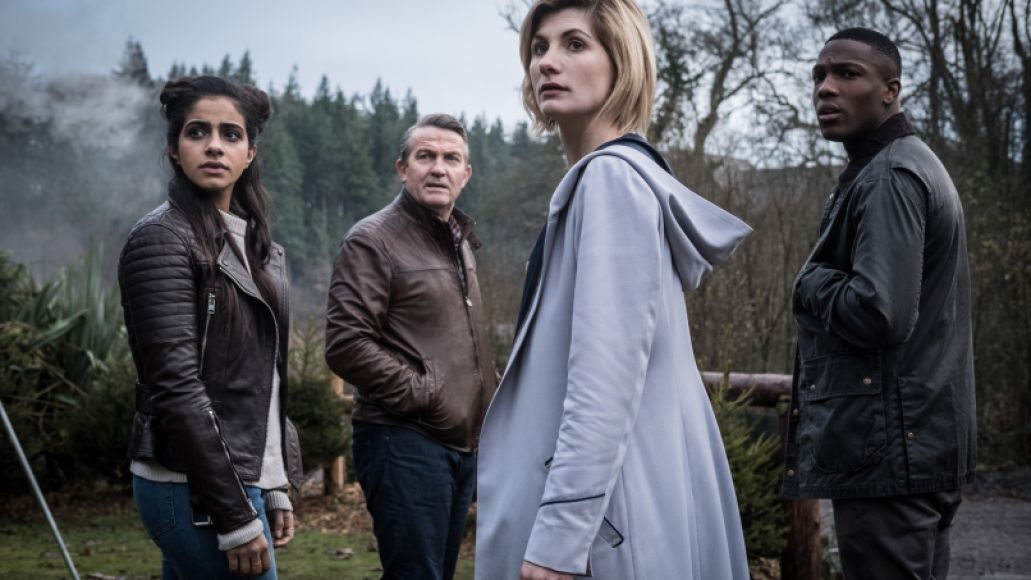 Doctor Who has been crawling slowly but surely towards higher production values over the course of its run, and it’s great to see the show’s look finally reach the level of quality we can expect from prestige dramas. Who’s new cinematography is vast, colorful and sharp, director Jamie Childs making the most of Chibnall’s Broadchurch roots to give even this Earth-based adventure a much needed facelift. The bigger change, honestly, is new composer Segun Akinola taking over for Murray Gold, who composed every season of the revival until now – Akinola’s music is an ambient, synth-tinged breath of fresh air from Gold’s bombastic leitmotifs; we’re still scrambling to hear what his version of the Who theme is, but his quieter approach seems a perfect fit for this new iteration of the show.

It’s About Time: And, of course, there’s the much-heralded new Doctor (the first woman to play the role), who makes a stellar impression with her first full-length adventure. Whittaker’s take on the character hearkens back to the kind of motor-mouthed joie de vivre of David Tennant, but with a big heart and distinctly Yorkshire twang. She’s a curious cat, adorably self-effacing at times and admirably brave in others – in short, the perfect qualities for a Doctor. Here, at the very beginnings of her tenure in the role, it’s thrilling to see her wide-eyed, expressive interpretation of the Time Lord take shape – it’ll be fascinating to see how she makes her mark in the part over the next few years, and hopefully beyond. 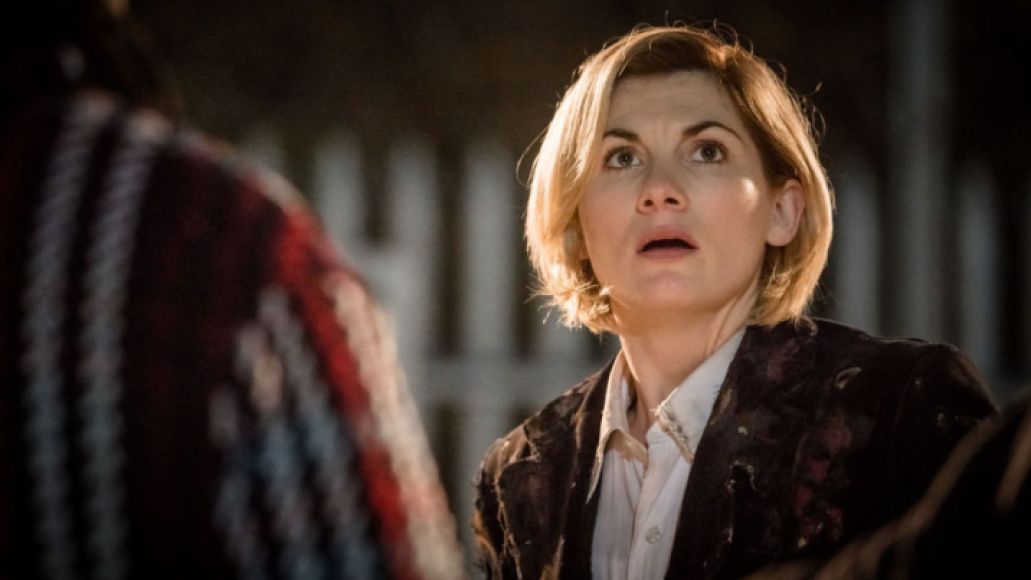 Regeneration episodes are always a tricky litmus test for a new Doctor – the new actor spends much of the episode in a manic daze as the new regeneration (and new performer) gets used to moving around in their new skin. This leaves little room to really dig into the monster of the week, this time a tooth-collecting alien hunter named “Tim Shaw” (at least, that’s what his alien name sounds like to the Doctor, much to Tim’s chagrin). Even with the premiere’s extended runtime, the chase to prevent Tim from hunting down an unsuspecting human for his bounty takes a backseat to developing the Doctor and her three co-leads. Still, that’s small potatoes, especially when it gives the audience more time to get used to the show’s numerous changes.

The Verdict: If this first adventure is any indicator of the season to come, series 11 of Doctor Who is off to a brilliant start. Whittaker is firing on all cylinders, her companions are dynamic and have their own built-in interpersonal issues to sort out (e.g. Ryan’s tension toward his step-gramps Graham, especially in the wake of the premiere’s events), and the look and scope of the season is extremely ambitious. While it’s easy to miss some of the show’s hallmarks – the title sequence, the TARDIS – here’s hoping the show will find them along the way just as the Doctor and her companions search for her time-space machine.

Where’s It Playing?: Doctor Who swashbuckles its way through time and space Sundays at 8pm Eastern on BBC America.