Volbeat aren’t quite ready to unleash a new studio album yet, but the band will have a new release to give fans by the holiday season. The Danish metallers are gearing up to unleash a new live album and concert film, Let’s Boogie! Live from Telia Parken, on December 14th.

Let’s Boogie! Live from Telia Parken was filmed during the band’s sold-out August 26th, 2017, show at the famed Danish venue. The concert was actually the biggest show by a domestic artist in Denmark ever, with more than 48,250 people in the crowd.

“Headlining Telia Parken was a dream come true, and we’re humbled and honored that so many members of the Volbeat family came from far and wide to celebrate with us,” frontman Michael Poulsen said in a statement. “We’re thrilled to be able to share what was a milestone night for us with everyone.”

Special guests at the concert that are also featured on the live album include Mille Petrozza, Johan Olsen, Mark “Barney” Greenway, Lars Ulrich (on a rendition of Metallica’s “Enter Sandman”), boxer Mikkel Kessler and Danko Jones. The 26-track set packs live versions of popular Volbeat tracks, such as “Still Counting,” “Lola Montex”, “The Devil’s Bleeding Crown” and “A Warrior’s Call,” plus a live performance of a new song, “The Everlasting.”

The album and concert film can be pre-ordered in a variety of packages here. 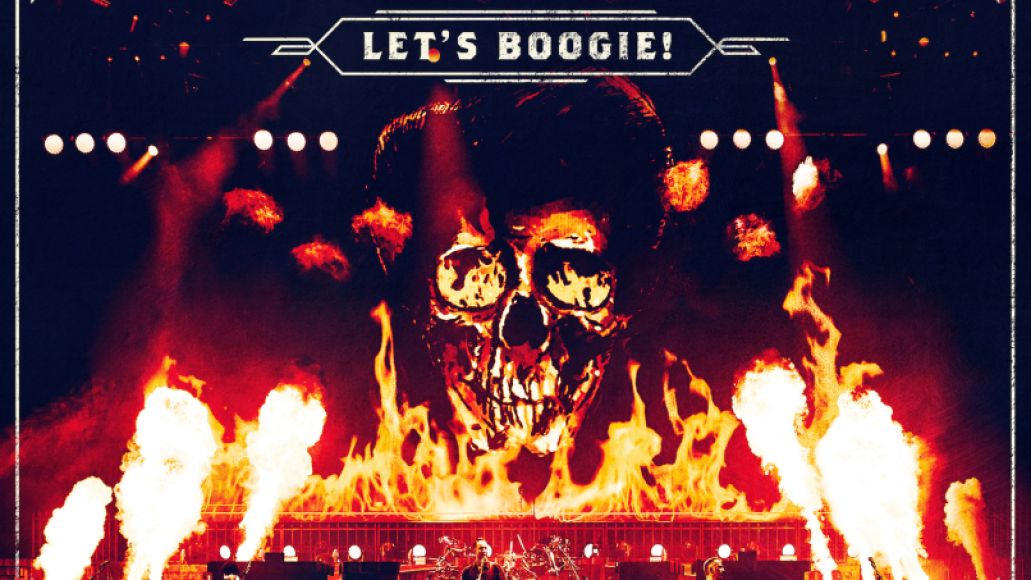