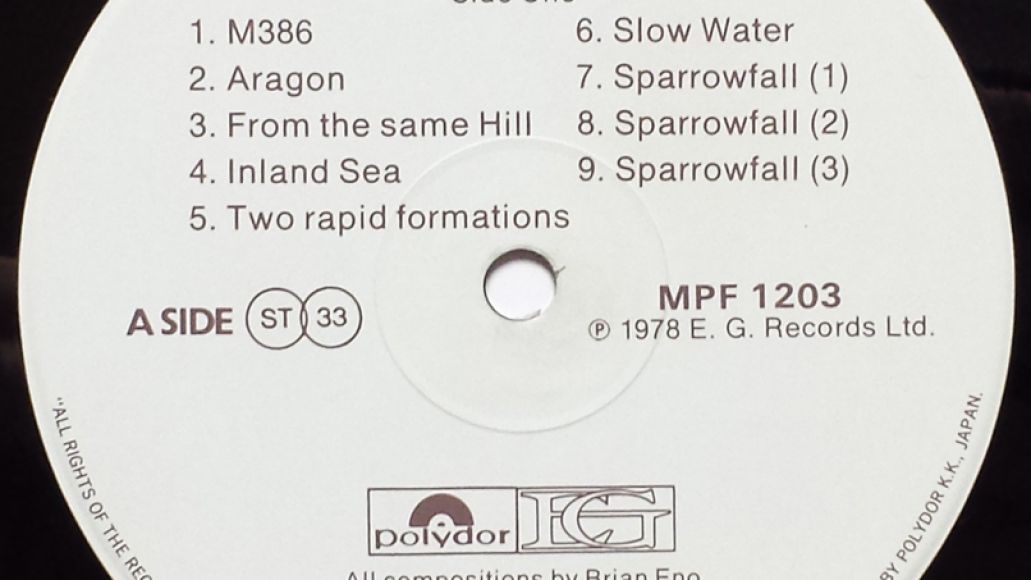 Who knew a Corman film would ever consider using Eno?

Yes, everyone remembers Alan Arkush and Joe Dante’s rabble-rousing comedy Rock ‘n’ Roll High School as the film that relied heavily on the Ramones. The punk band appeared not only on the soundtrack 13 times, but they give excusably glorified cameo work for the ages. But the film doesn’t stop there. The music’s a treasure chest of great artists that would cost millions to get permissions from today: Devo, Chuck Berry, Fleetwood Mac, Paul McCartney, The Velvet Underground, Alice Cooper, and more. But, most stealthily, and perhaps most cinematically useful, Brian Eno has four numbers in the movie. “Spirits Drifting”, “Alternative 3”, “M386”, and “Energy Fools the Magician” all sneak in as surrogate scoring. After all, this movie has no composer, which would likely cost too much on a Corman film in 1979.

In particular, the gloomy, doomy “Energy Fools the Magician” from Before and After Science stands out as a great application of Eno’s sound. When a comedy about kids vs. establishment is wall-to-wall rock as the title promises, there needs to be something to offset the rollicking concert stuff. Eno gives the film a clean-and-easy sense of drama when necessary. Is there anything grimmer than Miss Togar’s introduction (Corman regular Mary Woronov), wherein jolly Ramones music uniting students stops and Eno’s “Energy Fools the Magician” starts playing as a villain’s theme? It’s a marriage of Eno’s darker sounds and a movie’s quick need to telegraph a character’s motivations.