Coldplay have returned with new music — and a new name. The British rockers have rebranded themselves as a world music group called Los Unidades. The surprise move comes in coordination with Global Citizen, with whom the group is releasing Global Citizen – EP 1 this Friday. As a first listen to the project and the “new” band, Los Unidades have shared their collaboration with Pharrell, “E-Lo”.

First of all, there hasn’t been explicit confirmation that Los Unidades and Coldplay are the same thing. Parlophone (to which Coldplay is signed) initially teased the project with a tweeted poster featuring shadowy figures that look awfully similar to the members of Coldplay. The bottom of the poster includes some text — “Y02LPAC81ODL” — which is an anagram for “COLDPLAY2018.” Internet sleuths at ColdplayXtra claim to have discovered further proof by tracking down the trademark for Los Unidades, which lists the founding members as Chris Martin, Jon Buckland, Guy Berryman, and Will Champion — aka Coldplay.

As for “E-Lo”, it clearly sounds like Martin’s voice on the track. Over an electronic beat that blends Latin and African rhythms, he sings of freedom and peace: “Hurt me outside, inside I’m free/ And there’s no enemy, everyone is my brother/ When the truth comes to set me free/ And we’re not going to fall in and out with each other/ When the day all the hands go free/ The sun’s gonna shine, the sun’s gonna shine one me.” In addition to Pharrell, Jozzy also features on the track.

Take a listen via the animated lyric video below.

“E-Lo” is a preview of Global Citizen – EP 1, out November 30th. It features three tracks led by Los Unidades alongside artists like Stormzy, Wizkid, Tiwa Savage, Dave Guetta, Cassper Nyovest, and Stargate, who also have a song of their own on the effort. Find the full tracklisting and artwork ahead.

For more proof that Los Unidades is Coldplay, their manager, Dave Holmes, said in a statement,

“It was a real honour to help further the Global Citizen movement by putting together this release alongside Chris and Parlophone. We’ve ended up with so many incredible performers, and we’re all extremely proud of the finished EP. May it be the first of many.” 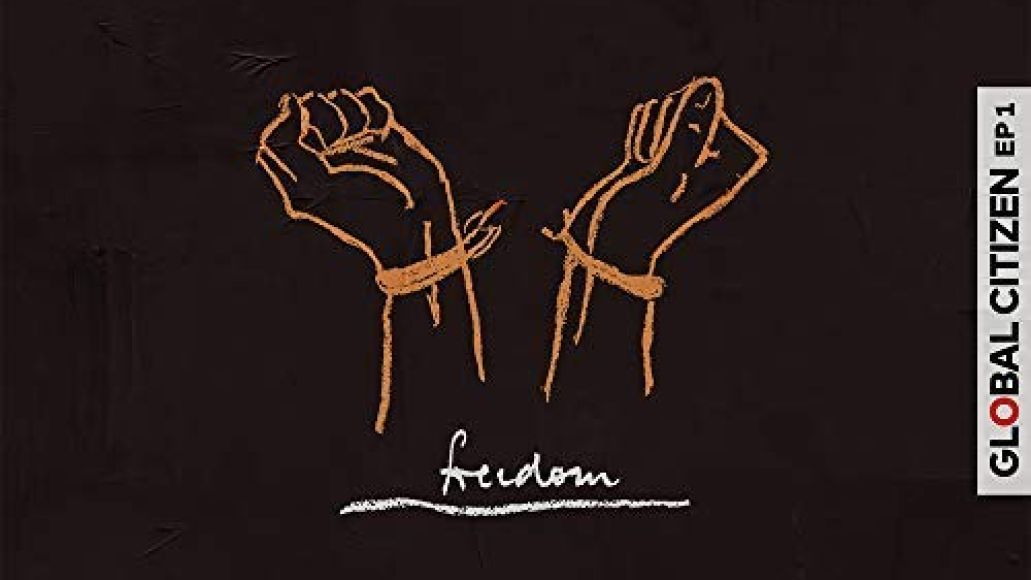