Twelve years ago, Eagles of Death Metal had the opportunity of a lifetime to open for Guns N’ Roses on a U.S. tour, but the sweet gig only lasted one concert, with Axl Rose mocking them as “Pigeons of Shit Metal” at the very first show, and then kicking them off the tour the very next day.

Well, EoDM frontman Jesse Hughes hasn’t forgotten about that incident — really, who would? — and he has taken the monicker that Axl bestowed upon them and applied to the band’s new covers album, The Eagles of Death Metal Present Pigeons of Shit Metal, which, among other songs, contains a cover of Guns N’ Roses’ “It’s So Easy”.

The infamous incident took place in November 2006 in Cleveland, where as the story goes, EoDM were getting booed and stormed off the stage without properly completing their set. Axl apparently wasn’t thrilled with the band’s reaction, telling the audience when GN’R hit the stage, “So how’d you like the Pigeons of Shit Metal? Don’t worry, that’s the last show they’re playing with us.” And true to his word, EoDM were fired from the tour.

Hughes, meanwhile, told BraveWords in 2015 that he had reached out to Axl every year since the incident with an offer. He said, “Every year, since Axl Rose fired us from the tour, I have sent him a very sincere request — around Christmas time — inviting him to come in the studio and record two Christmas songs, and be released as ‘The Pigeons of Shit Metal.’ And I always close it with a very judgmental, ‘Because I want you to know Axl, I’m willing to forgive you, and I feel like the rest of the world is, too.’ So I think that final statement he probably doesn’t appreciate too much.”

Cut to a dozen years after the firing, and EoDM have stamped Axl’s seal of non-approval on the new vinyl-only covers disc, which in addition to the GN’R track, also includes renditions of songs by AC/DC, The Ramones, The Pixies, and more. Eagles of Death Metal also cover three tunes by Queens of the Stone Age on the LP, interesting in the fact that QOTSA frontman Josh Homme plays drums in EoDM.

The covers LP is available for pre-order via Last Hurrah Records, but it looks like the limited run of 500 copies is already sold out. See the full tracklist below. 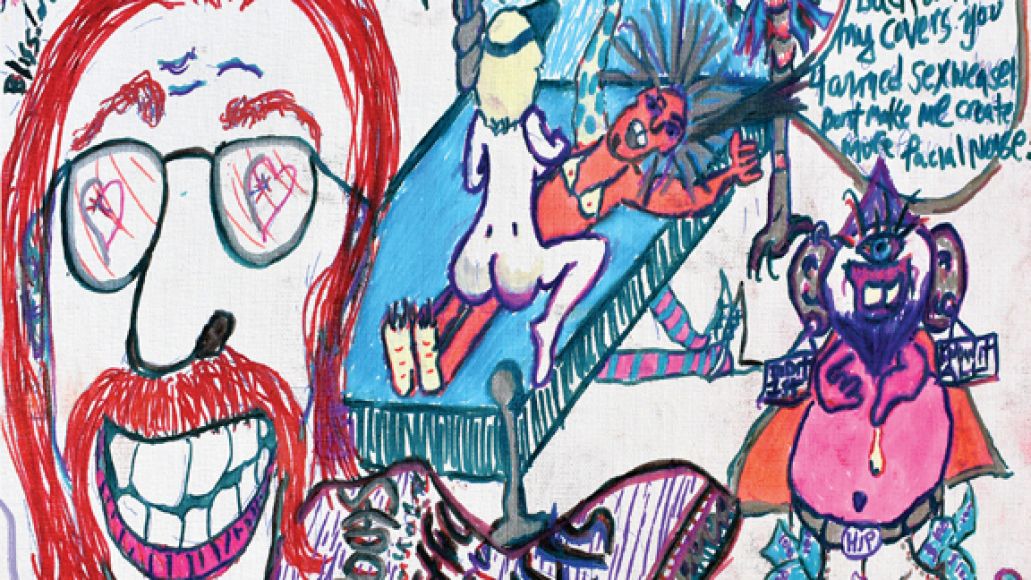