The Pitch: Let’s leave audiences with Mark Wahlberg and Rose Byrne for two hours as they try to cope with losing their forty-something, yuppie lifestyle to three foster children they’ve adopted solely out of spite. While we’re at it, we’ll toss in Academy Award winner Octavia Spencer and MVP comic Tig Notaro to parade around the lamest Hallmark humor to ever eek away from daytime television. Because this is America, we’ll also hit those idiots over the head with a ham-fisted metaphor about how said couple also flip houses. You loved the ending to Lethal Weapon 4, right?

But, It’s Based on a True Story: It sure is. Director and writer Sean Anders, whose comedic resume has some mild highs (see: Hot Tub Time Machine, Sex Drive) and some devastating lows (Dumb and Dumber To, Mr. Popper’s Penguins), leans on his own personal experiences with adoption for a story that never quite achieves the heart it thinks it carries. Instead, he knocks out a screenplay that’s too cute or too stupid or too predictable to be anything more than a middling Hallmark card stretched out to a feature film that belongs at a Christmas party sleepover in Connecticut.

It’s treacly, it’s pandering, and it’s tonally confusing, hopping from one Precious Moment to another with milquetoast humor that drips of 21st century stereotypes checking off every cultural touchstone. (Don’t even get me started on the recurring Blind Side gag.) While his intentions are admirable — mind you, this review is coming from someone with a family history of adoption — Anders can’t shake the fact that he’s still trying to sell this hollow PSA to the same crowd who plopped down $95 bucks to bring the whole family to see either one of his miserable Daddy’s Home adventures. 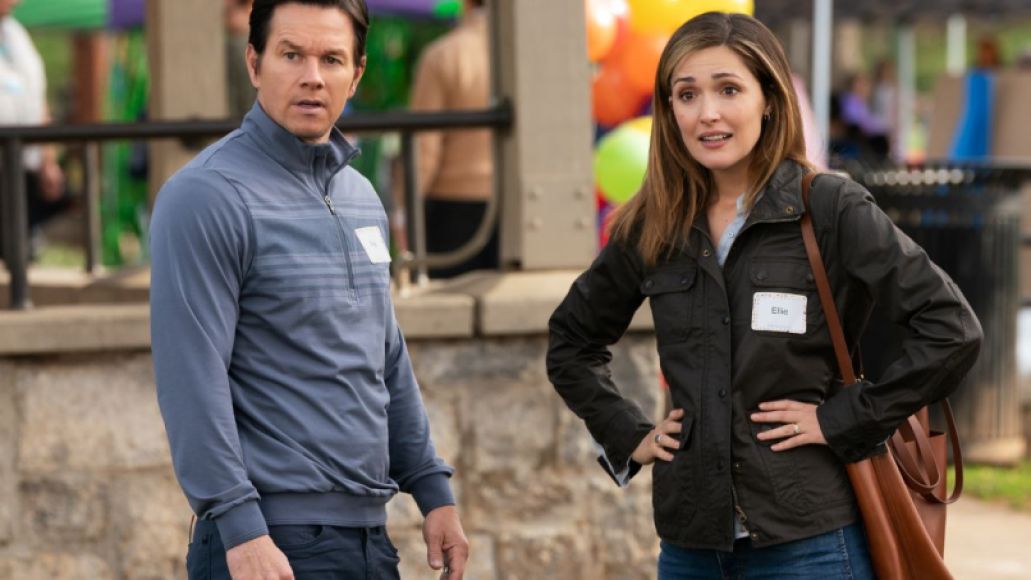 Yeah, But I Like My Wahlburgers: So do I. The problem is that Wahlberg traditionally needs two things: a great script and a strong director. Anders isn’t Paul Thomas Anderson (Boogie Nights), or Peter Berg (Lone Survivor, Deepwater Horizon), or Martin Scorsese (The Departed), and especially not David O. Russell (Three Kings, I Heart Huckabees, The Fighter). He’s a guy who makes low-grade comedies, which naturally warrants a low-grade performance from Wahlberg, whose hunky demeanor often carries even his weakest movies (see: Rock Star, The Happening). Not here.

Instead, we watch him try his damnedest to sell a script that uses every sappy Dad trick in the book, making Wahlberg a vessel of cliches. The same goes for Byrne, although she at least brings some nuance to her role, chewing through this suburban hell with a palpable frustration. Similar to her vitriolic performance in both Neighbors films, Byrne thrives when she’s losing her shit, either with her eldest daughter Lizzie (a strong turn from Isabela Moner) or with her immediate family of idiots, who all try to chew the screen with hand-me-down Apatowian one-liners.

What About the Bernese Mountain Dog? Loved that Berner, Meatball.

Anything Else!? Well, Michael O’Keefe and Julie Hagerty were fun to see again, and while the sudden appearance of Joan Cusack at the end was a ludicrous distraction during what’s supposed to be a crucial moment, it was admittedly nice seeing her, too. 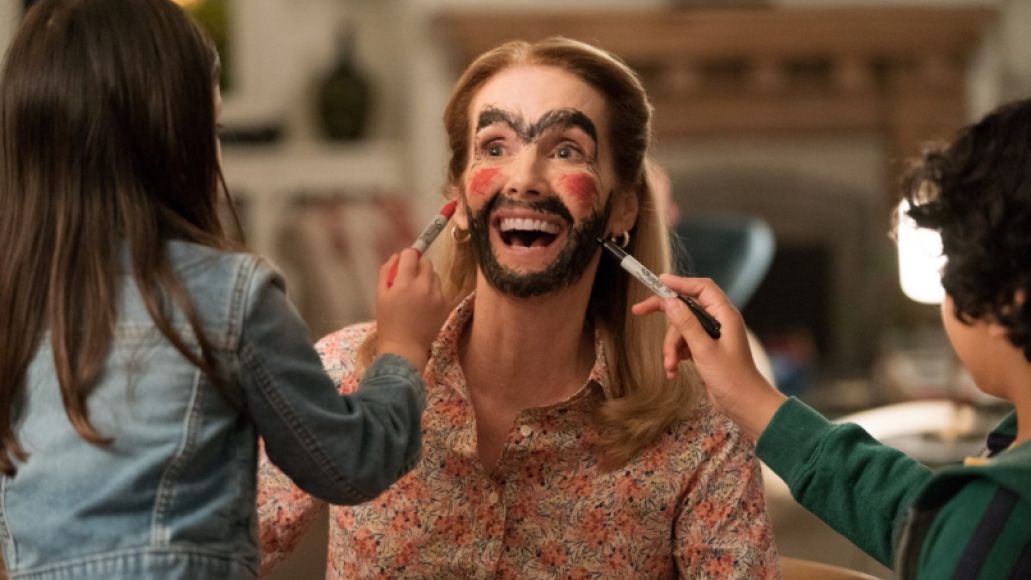 The Verdict: At a time when everyone goes apeshit over any piece of pop culture that carries some ideological weight, it’s easy to see why movies like Instant Family get a pass and find instant success. But, here’s the thing: If you’re going to tackle serious subject matter, maybe don’t run it through tacky fluff that amounts to a fleeting sugar high. Sure, this movie will get all the right oohs and aahs, sighs and sobs — it certainly won over the freebie test audience at my screening, good god — but it won’t linger. Isn’t that what you want? Isn’t that what you should aim for?

You know, there’s been a lot of reassessing over John Hughes’ movies in recent years. Some hate Ferris Bueller for indulging in Reaganism. Everyone agrees that Sixteen Candles is problematic nonsense. And, yeah, there’s the entire conceit of Weird Science. But think back to Planes, Trains, and Automobiles, a movie that indulges in screwball humor while also clenching your heart with timeless portraits of grief and loneliness. That last shot, when John Candy spiritually connects with Steve Martin, it never leaves you. What’s more, you want to experience that feeling again.

The only truth behind Instant Family is its name: a gasp, a flash, a snapshot, gone.

Where’s It Playing? In neighborhoods all across America, starting Friday, November 16th.