A year and a half after releasing their critically acclaimed sophomore album, Powerplant, Los Angeles indie rock duo Girlpool have announced a new record called What Chaos Is Imaginary. Set for release February 1st, 2019, the LP is the result of years spent fine-tuning the craft of creating music in a digital world.

Harmony Tividad and Cleo Tucker have finessed their songwriting abilities both together and on their own through several Girpool releases as well as their solo work. Once restricted to writing “hand in hand,” they now give themselves space to trust their own skills before coming together. “It’s helped me find validity in parts of my writing I found to be unapproachable,” Tividad says of the duo’s process. “I thought my stream-of-consciousness was unsophisticated.”

Ever-evolving as songwriters has led to each album being a snapshot of a band in the midst of evolution, and What Chaos Is Imaginary is Girlpool’s biggest leap yet. The effort still features Girlpool’s signature guitar swells, but where their previous two albums were comprised mostly of guitar-bass-drum rock sounds, this one also features a more experimental approach: drum machines, synthesizers, and orchestral interludes from a string octet represent the latest development in the band’s expanding musical voice.

With two singles already released in the form of “Where You Sink” and “Lucy”, the band has accompanied the announcement of What Chaos Is Imaginary with “Hire”, the album’s third single. Stream all three tracks below.

What Chaos Is Imaginary is available to pre-order now via Anti- Records. Check out the album artwork and track listing below, along with newly announced tour dates with Hatchie.

What Chaos Is Imaginary Artwork: 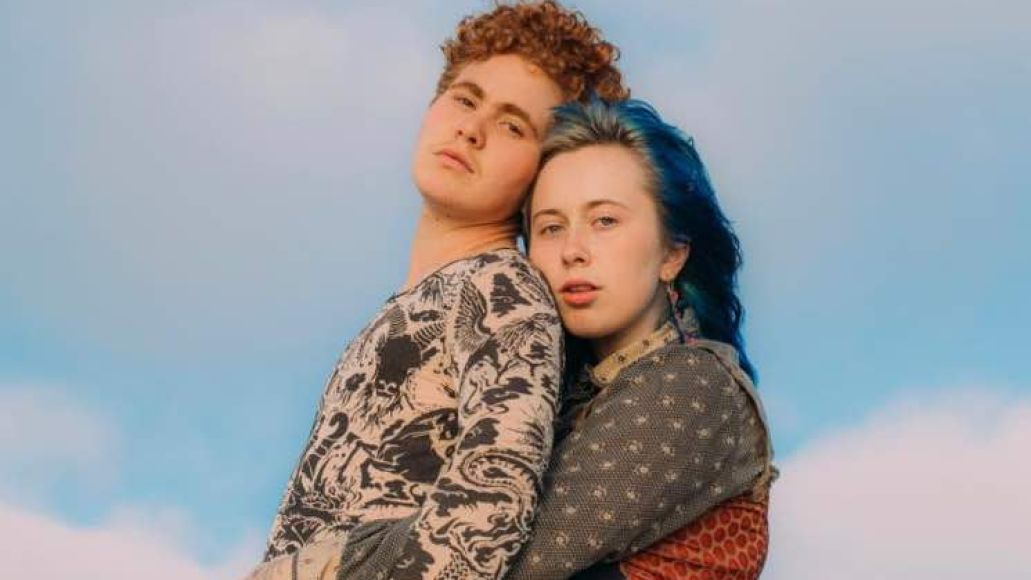