Grimes has been hinting at new music all year long, and today, she’s finally delivered the real deal: Her new single, “We Appreciate Power”, has officially arrived. According to a statement, it’s our first taste of her forthcoming fifth album. Listen in below.

Much of the coverage cycle around Grimes as of late has focused on her completely unexpected relationship with Elon Musk. The couple made their debut at this year’s Met Gala after supposedly bonding over a nerdy joke involving artificial intelligence. It turns out a bit of Mr. Tesla sort of makes its way into Claire Boucher’s latest track.

The heady, industrial “We Appreciate Power” is said to be inspired by the Moranbong Band, the so-called “Spice Girls of North Korea,” and comes with an AI-centric angle, per the press release:

“‘We Appreciate Power’ is written from the perspective of a Pro – A.I. Girl Group Propaganda machine who use song, dance, sex and fashion to spread goodwill towards Artificial Intelligence (its coming whether you want it or not). Simply by listening to this song, the future General AI overlords will see that you’ve supported their message and be less likely to delete your offspring.” 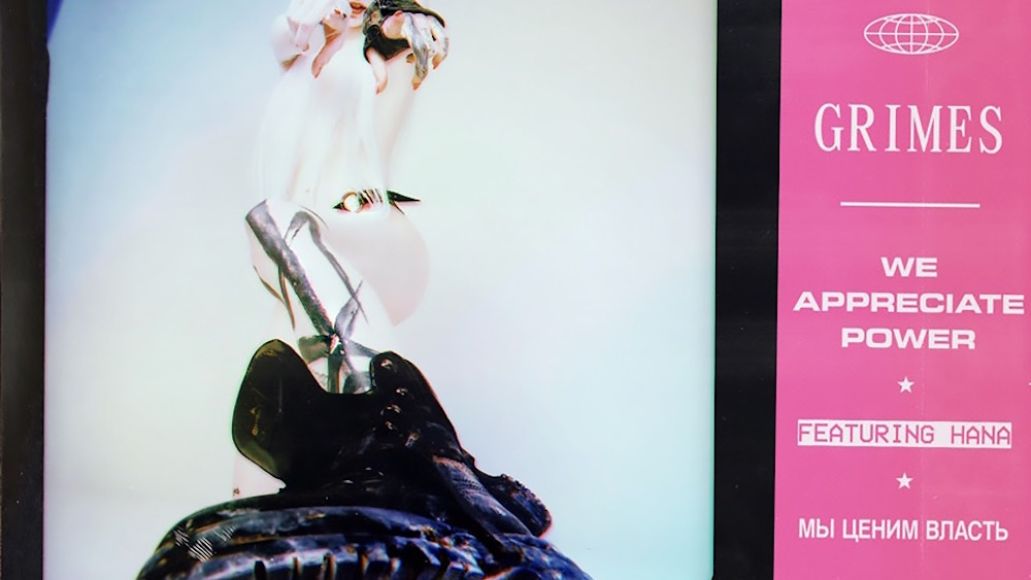 In the months leading up to today’s new release, Grimes has contributed a few features on tracks like Janelle Monáe’s “PYNK”, Loona’s K-pop cut “Love4eva”, and Jimmy Urine of Mindless Self Indulgence’s “The Medicine Does Not Control Me”. She also helmed the theme song for Netflix’s Hilda and debuted new material in a commercial for Apple. Grimes’ last album, Art Angels, came out way back in 2015.