Saint Nicholas is not coming this year. Instead, a much darker, ancient spirit. His name is Krampus. He and his helpers did not come to give, but to take. He is the shadow of Saint Nicholas. He is also back on vinyl.

The Warriors aren’t the only ones coming for your name this Black Friday. Waxwork has also announced a Christmas-themed reissue of its previously sold-out score for Michael Dougherty’s 2015 horror comedy, Krampus.

Whereas the original release came on candy cane swirl vinyl, this reissue is pressed on “Dark Elves” picture discs and arrives wrapped in gingerbread-scented jackets, which should bring more holiday cheer than fear.

Don’t worry if you’re naughty or nice, everything else will arrive as expected: Douglas Pipes’ original score, artwork by Justin Erickson, and a 12” x 12” booklet featuring liner notes from Dougherty and Pipes.

Pre-orders begin on Friday over at Waxwork’s official site with shipments to go out in early January. Take a quick peek at the artwork below and consult the full tracklist shortly after. 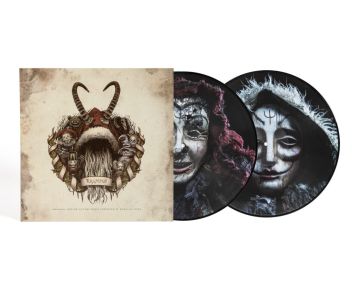 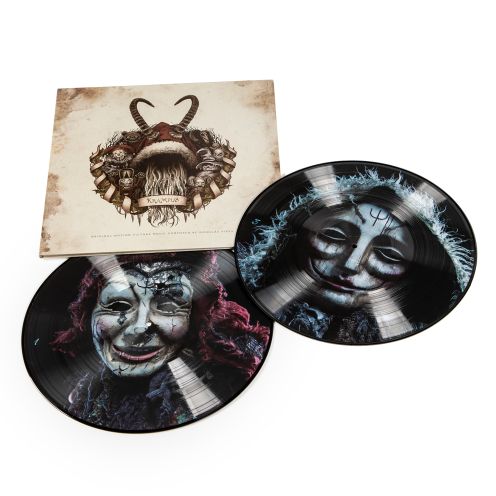 Side C:
All Through The House
Creatures Are Stirring
Elfen
Elegy

Side D:
The Shadow Of St. Nicholas
Sacrifice
When The Christmas Spirit Dies
Cloven
The Bell
End Credits

Krampus score crawls back to vinyl for special Christmas edition