Earlier this year, Bay Area metal stalwarts Machine Head announced that after the last leg of their Freaks and Zeroes Tour, longtime members Phil Demmel (guitar) and Dave McClain (drums) would be exiting the band, but not before they went back out on the road for 30-plus dates, with everything culminating at a beyond sold-out tour-closing show Saturday (November 24th) at the Catalyst Nightclub in Santa Cruz, California.

As Ozzy Osbourne’s “Diary of a Madman” was cranked over the P.A. while the fans chanted “Machine-Fucking-Head,” the band walked out onto the stage and launched into “Imperium”, kicking off a three-hour-and-fifteen-minute set with everyone in the venue knowing that they wouldn’t see the current lineup sharing the stage again.

For the first hour, it seemed like business as usual, with frontman Robb Flynn at the helm as they went through “Now We Die”, “Take My Scars”, and “Clenching the Fists of Dissent”, while directing the ever-growing mosh pit.

Kicking off the second hour with a guitar solo, Phil Demmel humbly acknowledged what had yet to be addressed, simply stating “Thank you, friends and family, it’s been a hell of a ride”, with the crowd chanting his name.

While it might have been easy to address that this was indeed the last show of the current incarnation of the band, Machine Head let their music do the most of the talking, showing that no matter what the circumstances may be, they are nothing short of true professionals. Taking a backseat on more than one occasion, Flynn made sure that both Demmel and McClain were properly recognized by the crowd.

The set not only included a cover of Iron Maiden’s “Hallowed Be Thy Name,” but a medley of cuts by Metallica, Queen, Guns N’ Roses and Alice In Chains.

Closing the night out with “Halo”, Machine Head wrapped up the current chapter of their career, but not before putting their instruments down and walking out to the front of the stage together, taking it all in.

Whatever the next chapter holds for the band (as well as Demmel and McClain), they are all way too talented for this to be the last time they are onstage, together or on their own.

Photo Gallery: Machine Head at The Catalyst in Santa Cruz, California (click to scroll through) 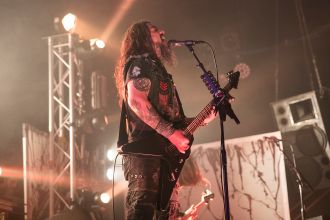 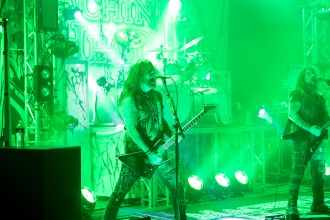 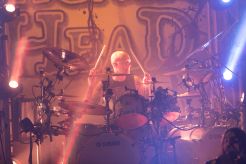 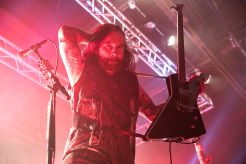 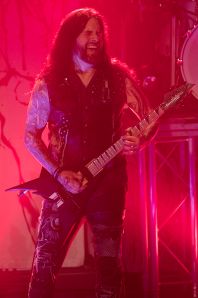 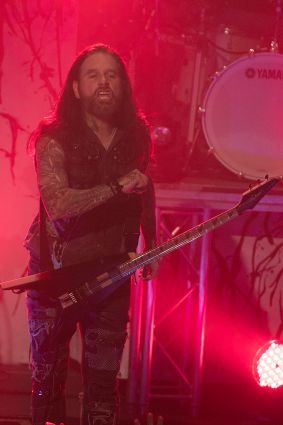 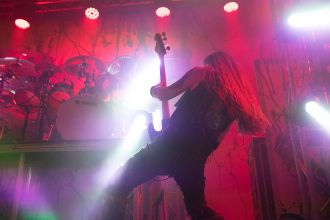 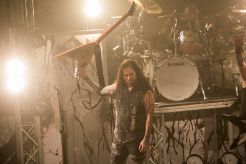 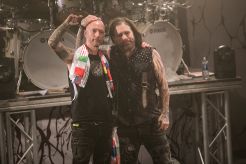 Setlist:
Imperium
Volatile
Now We Die
Beautiful Mourning
The Blood, the Sweat, the Tears
Take My Scars
Clenching the Fists of Dissent
Guitar Solo (Phil Demmel)
Darkness Within
Catharsis
From This Day
Ten Ton Hammer
Is There Anybody Out There?
Hallowed Be Thy Name (Iron Maiden cover)
Locust
Beyond the Pale
Drum Solo
Bulldozer
Killers & Kings
Davidian
Descend the Shades of Night
Exhale the Vile
Welcome Home (Sanitarium) / Wanted Dead or Alive / Another One Bites the Dust / We Are the Champions / Nighttrain / Would? (Cover Medley)
Aesthetics of Hate
Game Over
Old
Halo