California rockers Rival Sons are set to release their sixth full-length effort, Feral Roots, on January 25th, and the band is teaming up with Heavy Consequence to not only reveal that album news, but to unveil the song “Back in the Woods” (listen below).

Having officially formed in 2009, Rival Sons are closing in on 10 years as a band, with their bluesy brand of hard rock powered in large part by singer Jay Buchanan’s powerful pipes and guitarist Scott Holiday’s hefty riffs. Rival Sons caught international attention as the sole support act on Black Sabbath’s lengthy farewell tour.

The new album was produced by Grammy winner Dave Cobb at studios in Nashville, Tennessee, and Muscle Shoals, Alabama. As you’ll hear in the YouTube visualizer below, the new song is a rootsy rock track, with Buchanan and company not only taking us “Back in the Woods” but also back in time to big classic rock sounds of the ’60s and ’70s.

“Back in the Woods” follows the previously released single “Do Your Worst”, which cracked the Top 20 at mainstream rock radio. Meanwhile, the stunning album artwork for Feral Roots was created by renowned artist Martin Wittfooth. 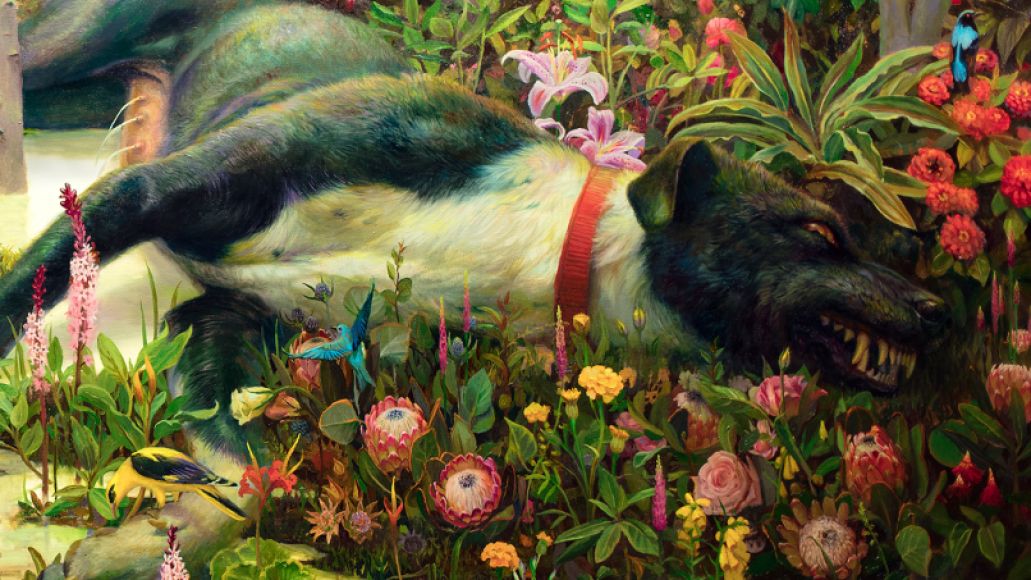