An all-star lineup led by headliners Foo Fighters, System of a Down, and Disturbed will play the inaugural Sonic Temple Art + Music Festival. The three-day event will take place May 17th-19th, 2019 at Mapfre Stadium in Columbus, Ohio.

As previously reported, Sonic Temple will take place in the same venue as the long-running and now defunct Rock on the Range festival, with promoter Danny Wimmer Presents announcing the initial news back in September. At the time, Wimmer himself told us, “We had to make moves to improve the experience to truly make Sonic Temple the biggest rock festival in America.”

Judging by the newly announced festival lineup, he has a pretty good argument that Sonic Temple just might be America’s biggest rock fest. In addition to the aforementioned Foo Fighters, System of a Down, and Disturbed, the list of performers includes The Prodigy, Ghost, The Hives, Refused, The Distillers, Meshuggah, Lamb of God, Joan Jett & The Blackhearts, Mark Lanegan Band, Gojira, The Cult, Bring Me the Horizon, Action Bronson, Black Label Society, The Struts, and Pussy Riot.

It’s especially fitting that The Cult are on the bill, as their 1989 studio album was titled Sonic Temple, an apparent inspiration for the festival’s name.

In addition to the music performances, there will be a comedy and spoken word tent, featuring the likes of Andrew Dice Clay, Henry Rollins, Pauly Shore, and more to be announced.

The full lineup can be seen in the poster below.

System of a Down bassist Shavo Odadjian stated, “Although in its inaugural year, Sonic Temple’s pedigree is proven, and its roots are strong; it made total sense for us to be involved. One could argue that it was a long time coming. We’ll see you all in Columbus this May.” 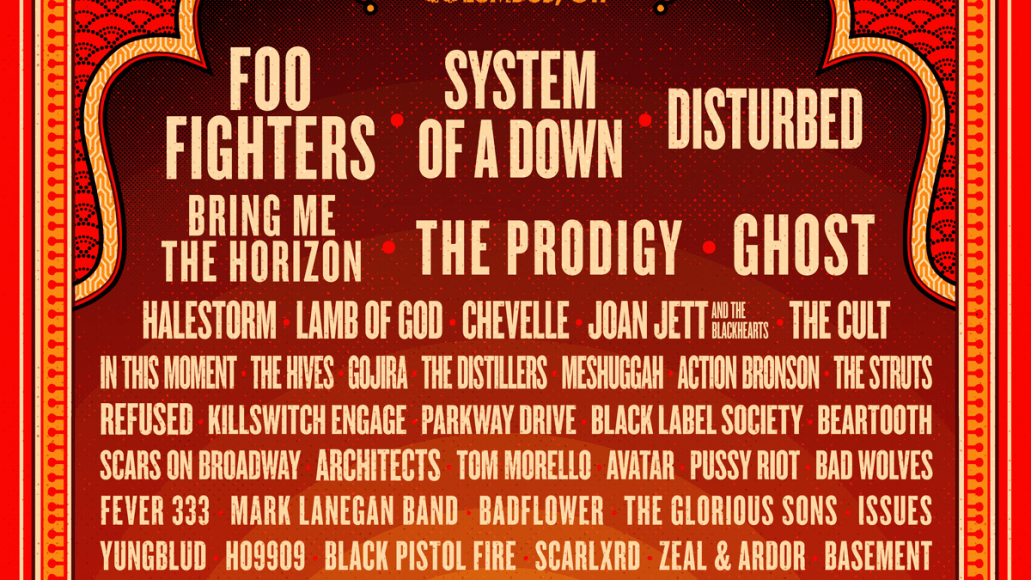 Foo Fighters, System of a Down, The Prodigy to play inaugural Sonic Temple Festival in 2019