As promised, CHVRCHES have delivered their new Hansa Session EP. Take a listen below via Apple Music or Spotify.

The new effort is comprised of five new versions of tracks taken from Love Is Dead, their most recent album. The updated renditions were recorded using all-new acoustic and string quartet arrangements.

As its title suggests, much of the EP was recorded at Berlin’s legendary Hansa studios, where David Bowie famously completed his trilogy of albums (Low, “Heroes”, and Lodger). Other acts like Depeche Mode, U2, and Iggy Pop also booked time there.

“When we had the opportunity to record at Hansa we jumped at it even though we were in the middle of a hectic tour,” CHVRCHES’ Iain Cook noted in a statement. “It is such hallowed ground for me — my heroes Bowie, Depeche, Iggy, Siouxsie, Tangerine Dream, Nick Cave amongst others made arguably their best work in that building — and we hoped that when we went there, we would capture even just a tiny bit of that energy.”

The Scottish synthpop group was also equally thrilled to rework their Love Is Dead material in a fresh way. “It was really fun to try to reinterpret the songs,” remarked singer Lauren Mayberry, “and still communicate the messages and emotions with different arrangements.” 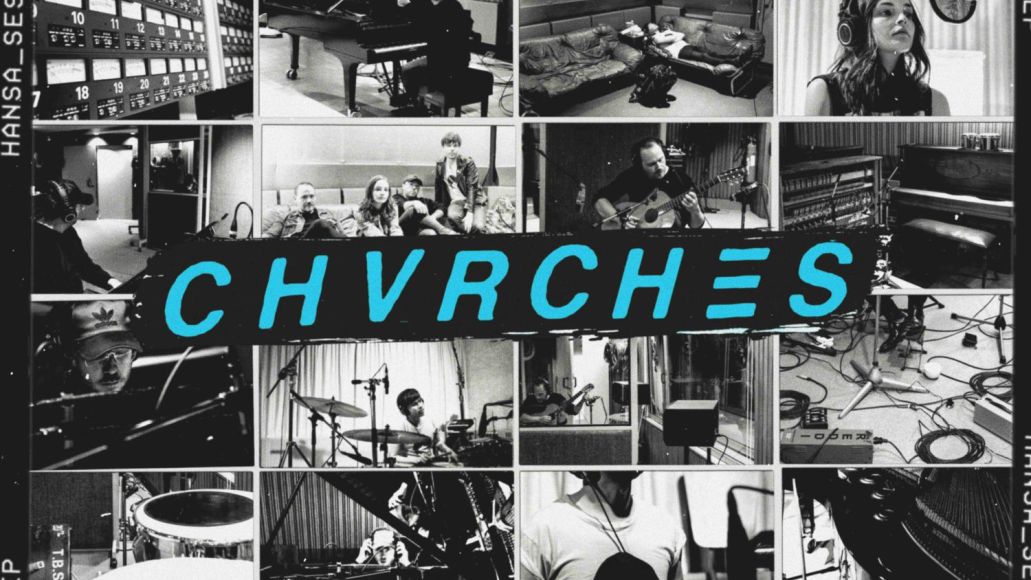 On a recent episode of This Must Be The Gig, CHVRCHES discussed life on the road and their very first shows. Take a listen below.