The Sundance Film Festival returns once again to take over Park City, Utah from January 24th to February 3rd. As one of the largest independent film festivals in America, the week-long event totals over 125,000 attendees — from studio heads, to producers, to critics, and even to fans — who will all flock to catch the dozens of films that will carry us into 2019.

Today, the Sundance Institute announced its selection of films for the U.S. and World Cinema Dramatic and Documentary Competitions, in addition to the out-of-competition NEXT <=> section and their crop of world premieres which includes new films by Dan Gilroy, Joe Berlinger, and Scott Z. Burns.

“Society relies on storytellers,” Sundance Institute president and founder Robert Redford announced. “The choices they make, and the risks they take, define our collective experience. This year’s Festival is full of storytellers who offer challenges, questions and entertainment. In telling their stories, they make difficult decisions in the pursuit of truth and art; culture reaps the reward.”

“Focusing a bright light on these independent stories is urgent and crucial, especially in the noise of today’s globalized media landscape,” Keri Putnam, Executive Director of Sundance Institute explained. “Voices from many places and perspectives, often shut out of the mainstream, offer us new insights. It’s immensely heartening to see these bold visions and their tellers thriving.”

Consult the lineup below. If you’re planning to attend, visit the festival’s official site for various pricing and information. 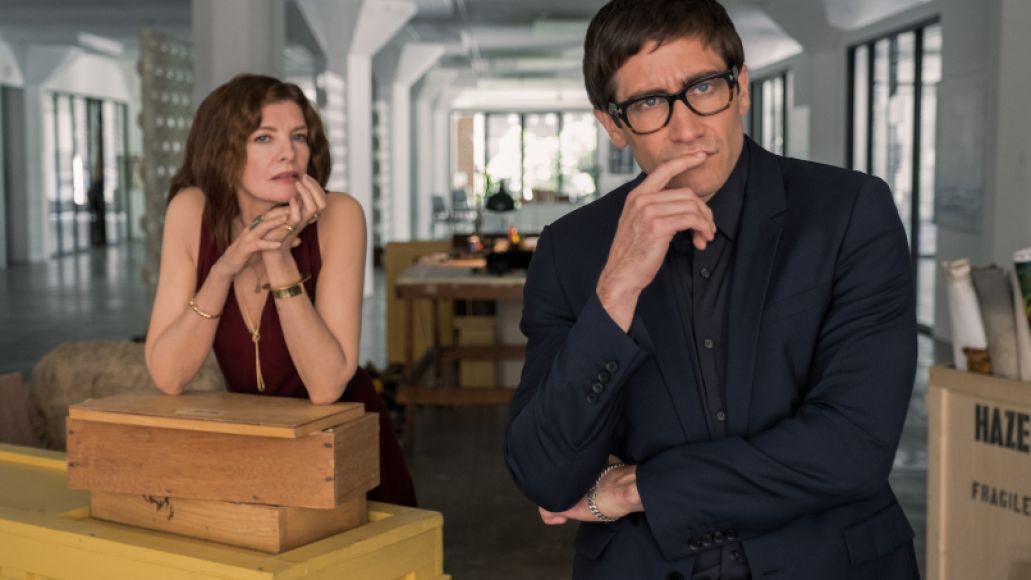 After The Wedding / U.S.A. (Director and screenwriter: Bart Freundlich, Producers: Joel B. Michaels, Harry Finkel) — Seeking funds for her orphanage in India, Isabelle travels to New York to meet Theresa, a wealthy benefactor. An invitation to attend a wedding ignites a series of events in which the past collides with the present while mysteries unravel. Based on the Academy Award-nominated film by Susanne Bier. Cast: Julianne Moore, Michelle Williams, Billy Crudup, Abby Quinn. World Premiere. DAY ONE

Animals / United Kingdom, Ireland, Australia (Director: Sophie Hyde, Screenwriter: Emma Jane Unsworth, Producers: Sarah Brocklehurst, Rebecca Summerton, Cormac Fox, Sophie Hyde) — After a decade of partying, Laura and Tyler’s friendship is strained by Laura’s new love and her focus on her novel. A snapshot of a modern woman with competing desires, at once a celebration of female friendship and an examination of the choices we make when facing a crossroads.Cast: Holliday Grainger, Alia Shawkat. World Premiere

Photograph / India (Director and screenwriter: Ritesh Batra, Producers: Neil Kopp, Vincent Savino, Anish Savjani) — Two lives intersect in Mumbai and go along together. A struggling street photographer, pressured to marry by his grandmother, convinces a shy stranger to pose as his fiancée. The pair develops a connection that transforms them in ways that they could not expect. Cast: Nawazuddin Siddiqi, Sanya Malhotra. World Premiere

Relive / U.S.A. (Director: Jacob Estes, Screenwriters: Jacob Estes, Drew Daywalt, Producers: Jason Blum, Bobby Cohen) —After a man’s family dies in what appears to be a murder, he gets a phone call from one of the dead, his niece. He’s not sure if she’s a ghost or if he’s going mad — but as it turns out, he’s not. Instead, her calls help him rewrite history. Cast: David Oyelowo, Storm Reid, Mykelti Williamson, Alfred Molina, Bryan Tyree Henry. World Premiere 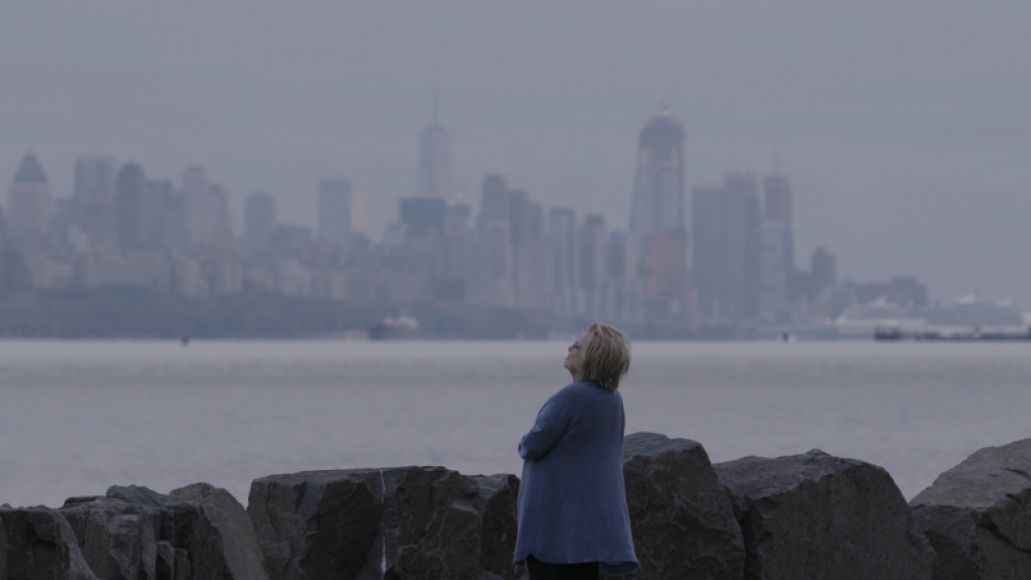 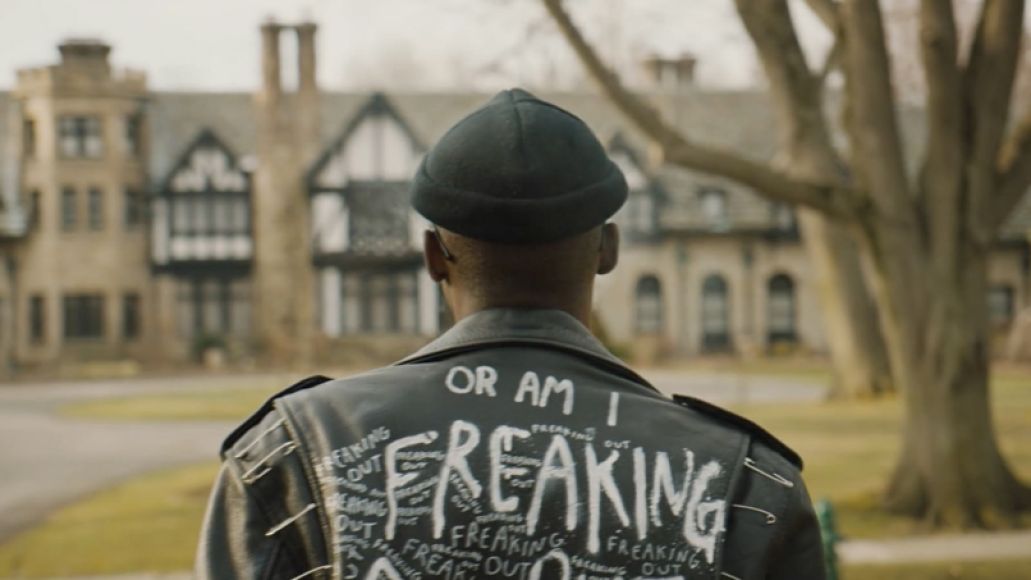 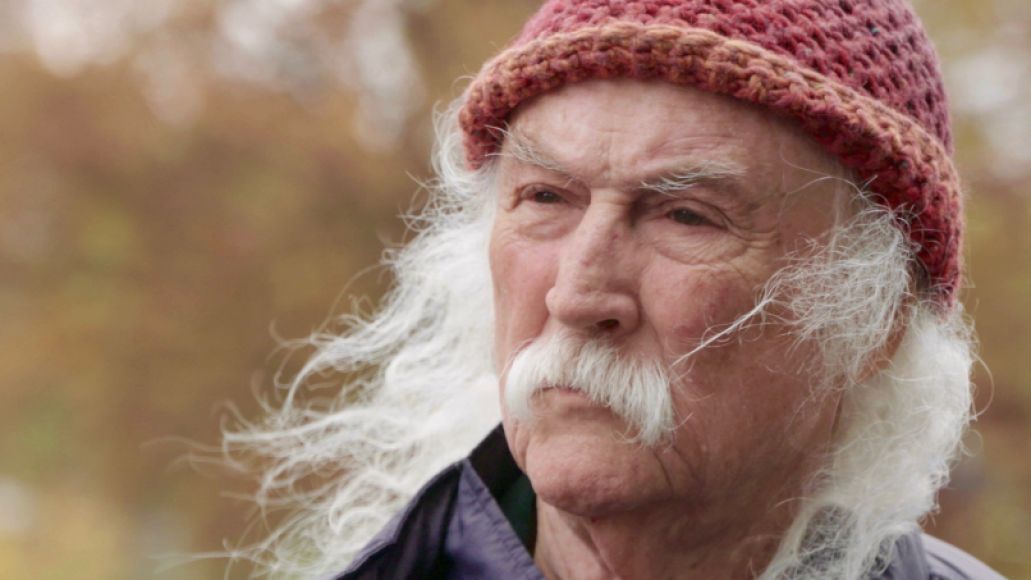 Sixteen world-premiere American documentaries that illuminate the ideas, people and events that shape the present day.

Always in Season / U.S.A. (Director: Jacqueline Olive) — When 17-year-old Lennon Lacy is found hanging from a swing set in rural North Carolina in 2014, his mother’s search for justice and reconciliation begins as the trauma of more than a century of lynching African Americans bleeds into the present. World Premiere

David Crosby: Remember My Name / U.S.A. (Director: A.J. Eaton, Producers: Cameron Crowe, Michele Farinola, Greg Mariotti) — You thought you knew him. Meet David Crosby now in this portrait of a man with everything but an easy retirement on his mind. With unflinching honesty, self-examination, regret, fear, exuberance and an unshakable belief in family and the transformative nature of music, Crosby shares his often challenging journey. World Premiere

Hail Satan / U.S.A. (Director: Penny Lane, Producer: Gabriel Sedgwick) — A look at the intersection of religion and activism, tracing the rise of The Satanic Temple: only six years old and already one of the most controversial religious movements in American history. The Temple is calling for a Satanic revolution to save the nation’s soul. But are they for real? World Premiere

Knock Down the House / U.S.A. (Director: Rachel Lears, Producers: Sarah Olson, Robin Blotnick, Rachel Lears) — A young bartender in the Bronx, a coal miner’s daughter in West Virginia, a grieving mother in Nevada and a registered nurse in Missouri build a movement of insurgent candidates challenging powerful incumbents in Congress. One of their races will become the most shocking political upset in recent American history. Cast: Alexandria Ocasio-Cortez. World Premiere

Midnight Family / Mexico, U.S.A. (Director: Luke Lorentzen, Producers: Kellen Quinn, Daniela Alatorre, Elena Fortes) — In Mexico City’s wealthiest neighborhoods, the Ochoa family runs a private ambulance, competing with other for-profit EMTs for patients in need of urgent help. As they try to make a living in this cutthroat industry, they struggle to keep their financial needs from compromising the people in their care. World Premiere

TIGERLAND / U.S.A. (Director: Ross Kauffman, Producers: Fisher Stevens, Xan Parker, Zara Duffy) — 50 years ago, a young forest officer in India rallied the world to save tigers from extinction. Today, the creed is carried on in Far East Russia by the guardians of the last Siberian tigers, who risk everything to save the species. World Premiere 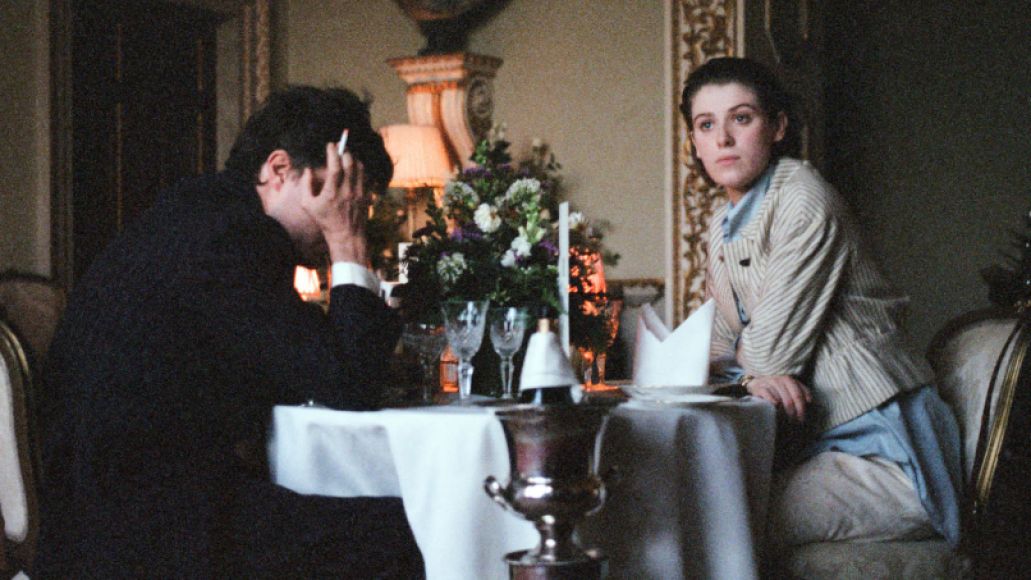 Koko-di Koko-da / Sweden, Denmark (Director and screenwriter: Johannes Nyholm, Producer: Johannes Nyholm) — As a couple goes on a trip to find their way back to each other, a sideshow artist and his shady entourage emerge from the woods, terrorizing them, luring them deeper and deeper into a maelstrom of psychological terror and humiliating slapstick. Cast: Leif Edlund, Ylva Gallon, Peter Belli, Katarina Jacobson. World Premiere

The Last Tree / United Kingdom (Director and screenwriter: Shola Amoo, Producers: Lee Thomas, Myf Hopkins) — Femi is a British boy of Nigerian heritage who, after a happy childhood in rural Lincolnshire, moves to inner London to live with his mum. Struggling with the unfamiliar culture and values of his new environment, teenage Femi has to figure out which path to adulthood he wants to take. Cast: Sam Adewunmi, Gbemisola Ikumelo, Tai Golding. World Premiere

Queen of Hearts / Denmark (Director: May el-Toukhy, Screenwriters: Maren Louise Käehne, May el-Toukhy, Producers: Caroline Blanco, René Ezra) — A woman jeopardizes both her career and her family when she seduces her teenage stepson and is forced to make an irreversible decision with fatal consequences. Cast: Trine Dyrholm, Gustav Lindh, Magnus Krepper. World Premiere

WE ARE LITTLE ZOMBIES / Japan (Director and screenwriter: Makoto Nagahisa, Producers: Shinichi Takahashi, Tahei Tamanishi, Haruki Yokoyama, Haruhiko Hasegawa) — Their parents are dead. They should be sad, but they can’t cry. So they form a kick-ass band. This is the story of four 13-year-olds in search of their emotions. Cast: Keita Ninomiya, Satoshi Mizuno, Mondo Okumura, Sena Nakajima. World Premiere 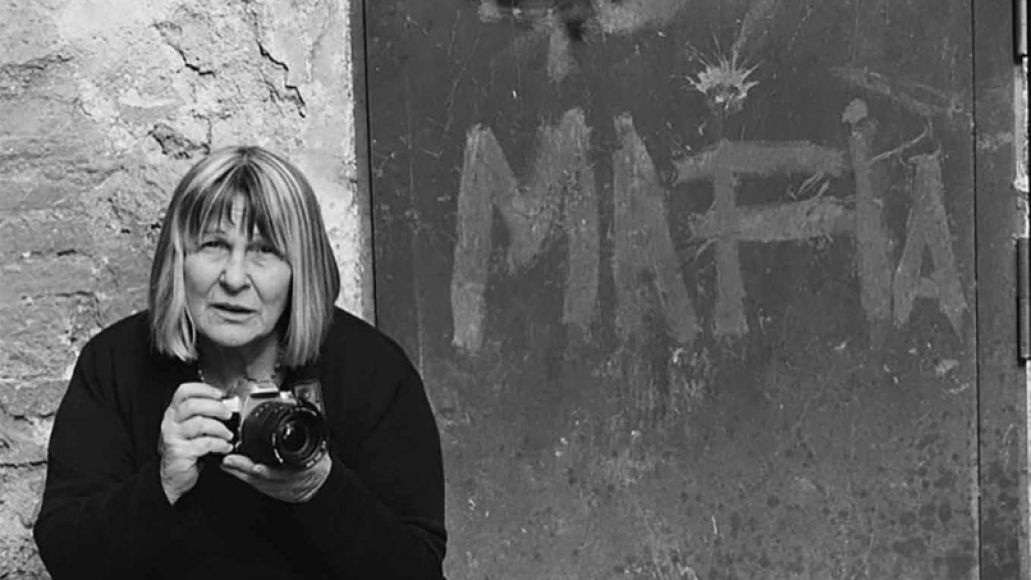 Twelve documentaries by some of the most courageous and extraordinary international filmmakers working today.

Untitled Brazil Documentary / Brazil (Director and screenwriter: Petra Costa, Producers: Joanna Natasegara, Shane Boris, Tiago Pavan) — A cautionary tale for these times of democracy in crisis – the personal and political fuse to explore one of the most dramatic periods in Brazilian history. With unprecedented access to Presidents Dilma Rousseff and Lula da Silva, we witness their rise and fall and the tragically polarized nation that remains. World Premiere

The Disappearance of My Mother / Italy (Director and screenwriter: Beniamino Barrese, Producer: Filippo Macelloni) — An aging fashion model strives to escape the world of images and disappear for good, but her son’s determination to make a final film about her sparks an unexpected collaboration and confrontation with the camera’s gaze. World Premiere

Honeyland / Macedonia (Directors: Ljubomir Stefanov, Tamara Kotevska, Producer: Atanas Georgiev) — When nomadic beekeepers break Honeyland’s basic rule (take half of the honey, but leave half to the bees), the last female beehunter in Europe must save the bees and restore natural balance. World Premiere

The Magic Life of V / Finland, Denmark, Bulgaria (Director: Tonislav Hristov, Screenwriters: Tonislav Hristov, Kaarle Aho, Producers: Kaarle Aho, Kai Nordberg) — Haunted by childhood traumas, Veera is trying to become more independent through live roleplaying. As she guides herself and her mentally-challenged brother through worlds of multiple roles and identities, witches and wizards, she finds the courage to face the demons of her own past and her abusive father’s legacy. World Premiere

Sea of Shadows / Austria (Director: Richard Ladkani, Producers: Walter Koehler, Wolfgang Knoepfler) —The vaquita, the world’s smallest whale, is near extinction as its habitat is destroyed by Mexican cartels and Chinese mafia, who harvest the swim bladder of the totoaba fish, the “cocaine of the sea.” Environmental activists, Mexican navy and undercover investigators are fighting back against this illegal multimillion-dollar business. World Premiere

Shooting the Mafia / Ireland (Director: Kim Longinotto, Producer: Niamh Fagan) — Sicilian Letizia Battaglia began a lifelong battle with the Mafia when she first pointed her camera at a brutally slain victim. Documenting the Cosa Nostra’s barbaric rule, she bore unflinching witness to their crimes. Her photographs, art, and bravery helped to bring an end to a shocking reign of slaughter. World Premiere 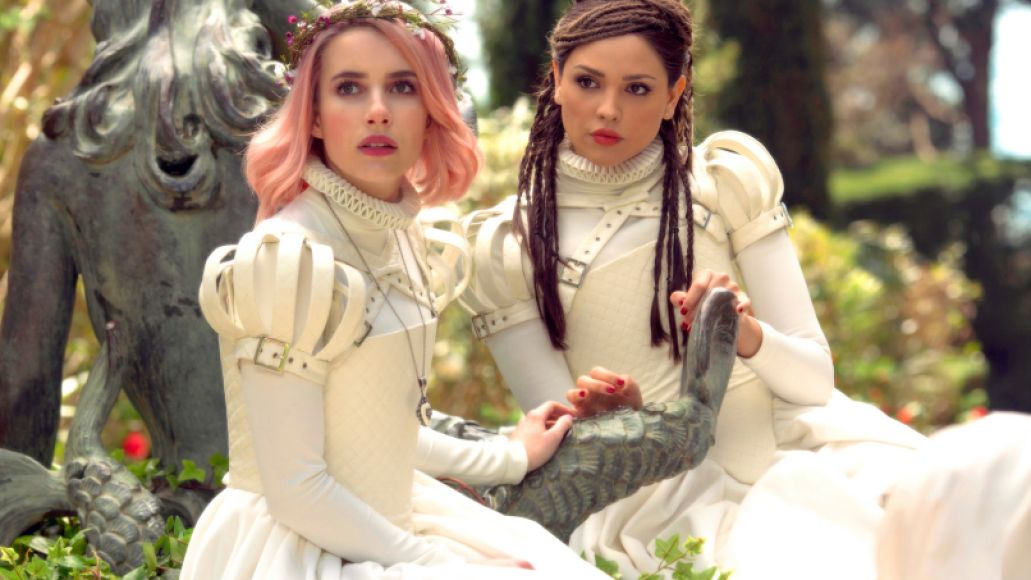 Pure, bold works distinguished by an innovative, forward-thinking approach to storytelling populate this program. Digital technology paired with unfettered creativity promises that the films in this section will shape a “greater” next wave in American cinema.

Sister Aimee / U.S.A. (Directors and screenwriters: Samantha Buck, Marie Schlingmann, Producers: Bettina Barrow, David Hartstein, Katherine Harper) — In 1926 America’s most famous evangelist is a woman. And she’s looking for a way out. Fed up with her own success, she gets swept up in her lover’s daydreams about Mexico and finds herself on a wild road trip towards the border. Based on true events. Mostly made up. Cast: Anna Margaret Hollyman, Michael Mosley, Andrea Suarez Paz, Julie White, Macon Blair, Amy Hargreaves. World Premiere