SWMRS have spent the last few years on the road both headlining shows and supporting the likes of Blink-182, Green Day, and All Time Low. Now, the Bay Area alt-rockers have announced their sophomore album, Berkeley’s On Fire, is due out February 15th, 2019 via Fueled by Ramen.

Berkeley’s On Fire was recorded over two months in early 2018 with producer by Rich Costey (Muse, Death Cab for Cutie) and serves an exercise for grand experimentation inspired in equal parts by the Breeders, Rage Against the Machine, and De La Soul. It also serves as a counterpoint to the trying times in which we live, as co-frontman Cole Becker explained in a press release. “When we were writing these songs we were very conscious of our role in creating a space for people to escape from the nonstop negative media cycle,” he said.

“It’s a strange time to be young; our generation knows the duality of feeling like an unstoppable force for change in one moment and a powerless wreck in the next. We wanted these songs to document that feeling that we’ve observed closely in ourselves and in the people we’ve shared our music with over the past three years.”

The record was preceded by its industrial, Talking Heads-inspired title track earlier this fall, and now the band has shared a video for the brand new single “April in Houston”. The wonderfully zany clip sees Becker dragging a tattered chair through the streets of New York City, trying to escape those individuals that want to always hang out with him, but strangely never seem to have time for the moments when he’s not at his strongest. It was co-directed by Becker’s sister, Marki Becker, along with Jarod Taber. Check it out below.

Berkeley’s On Fire serves as the follow-up to the quartet’s breakthrough 2016 album Drive North, which the band released independently before quickly signing to Fueled By Ramen. The new effort is available for pre-order now.

Check out the album’s artwork and track listing below. 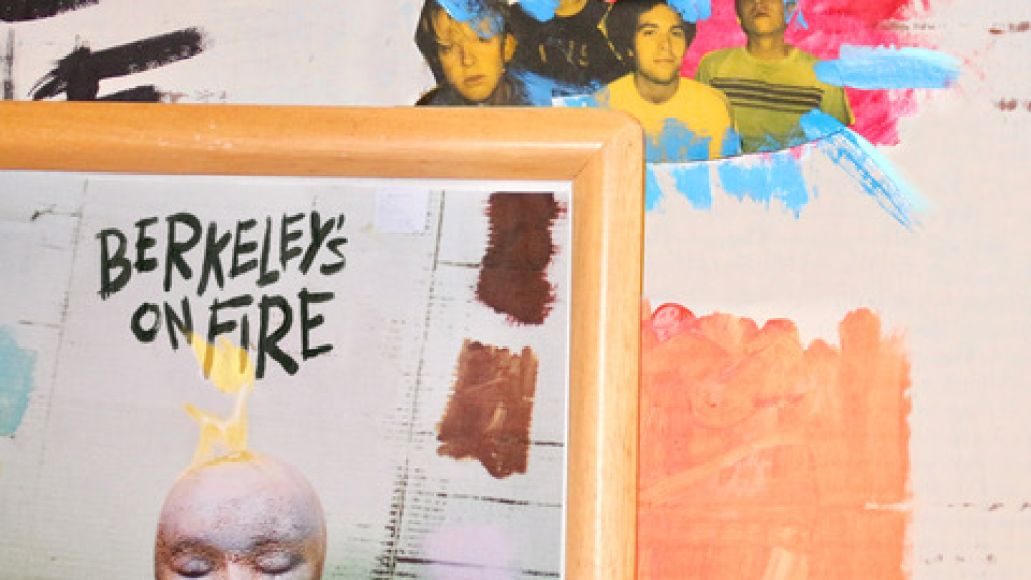 In support of the new record, SWMRS will head to the UK and Europe for a string of headlining shows. Find their itinerary, which includes a spot at The Front Bottoms’ Champagne Jam, below.