Now that smart phones essentially double as portable music players, the iPod has more or less become a relic. But that shouldn’t take away from what a monumentally influential invention it’s proven to be. It’s not a stretch to call the first successful mass-market mp3 player one of the single-most game-changing innovations of the last two decades. With a gadget smaller than your wallet, Apple altered the way we access and listen to music. We take for granted in 2018 that music essentially exists for the taking across a host of different platforms, but it took the iPod to transform music from a massively profitable commodity to something more akin to a free resource.

Apple deserves credit for transitioning the world over from physical media to mp3s and later streaming. Facts being what they are, no other company brought an mp3 player to market that came remotely close to rivaling the iPod. But the mp3 player’s origin story doesn’t begin in Cupertino. Some 300 miles away in the San Fernando Valley, another company beat Apple to the punch with a device of its own.

In 1982, Chong Moon Li founded Diamond Multimedia, a company that became one of the leading manufacturers of graphics and sound cards in the 1990s. Diamond Multimedia also was one of the earliest companies to dabble in the then-nascent field of digital audio players. In September 1998, the company went to market with the Rio PMP300, which arguably served as the precursor to what Apple would eventually develop just a few short years later. In fact, it’s hard not to look at the PMP300 as a crudely constructed iPod. The device shares the iPod’s rectangular shape as well as many of its most distinct features, most notably the display screen and click wheel. 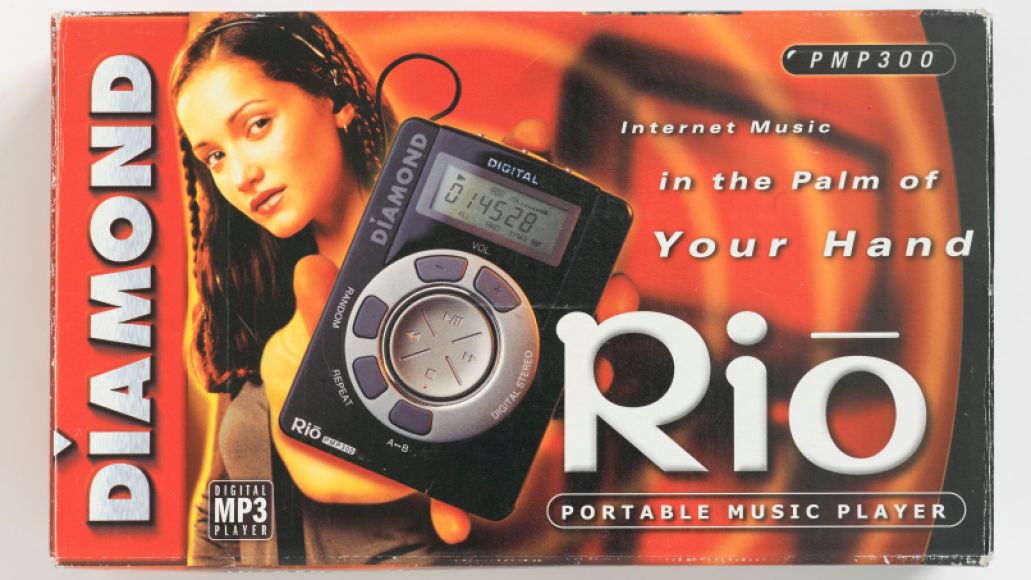 But that’s largely where the similarities end. Like most products in their infancy stages, the PMP300 was a comparatively bulky device weighted down by old-world technology. Rather than being charged via a cable, the PMP300, which loaded songs from a personal computer, required a single A battery. Storage capacity was also very limited. The iPod’s appeal stemmed from its ability to let users carry thousands of songs in their front pocket. The PMP300, on the other hand, maxed out at 32 megabytes. (In fairness, the device allowed users to store additional songs by way of a memory card.) The attempt was a noble one, but it just wasn’t the PMP300’s time. Looking back, it’s amazing how much Apple perfected upon Digital Multimedia’s primitive prototype in just three years.

And yet for all its shortcomings, the significance of the PMP300 transcends the device itself. The marketing of the PMP300 would have a huge ripple effect on how music would be sold and marketed for years to come. The device, which sold for a remarkably low $200 when it went on sale in 1998, was quickly halted by the Recording Industry Association of America, which was concerned with how the product might adversely impact record sales. The device was on sale for roughly a month before the RIAA filed an injunction in Central California District Court seeking to stop it from selling. What transpired was a groundbreaking ruling that played a large part in clearing the way for the future of pop music consumerism.

In RIAA vs. Diamond Multimedia, the RIAA sought protection under the 1992 Audio Home Recording Act. The organization lobbied hard for the bill’s passage in an effort to curb the advent of digital audio, which it saw as a threat to CD sales in the late 1980s. The bill, which was signed into law by President George H. W. Bush in October 1992, among other things defined what constituted a “digital audio recording device.” Under the law, the manufacturers of such devices are required to pay royalties to the RIAA and must also include a “serial copy management system” (SCMS) on their products to help prevent their use in copying music illegally.

The PMP300, the RIAA argued, constituted a digital audio recording device because of its ability to replicate music in a different format. What’s more, Digital Multimedia’s failure to pay royalties or secure an SCMS for its device warranted the PMP300 being taken off of shelves, it argued. But Judge Andrea Collins thought otherwise. On October 26, 1998, Collins dismissed the injunction in district court, finding that the case lacked merit.

Not to be deterred, the RIAA appealed the decision to the United States Ninth Circuit Court of Appeals. But the Ninth Circuit not only upheld the lower court decision; it actually extended it. Because the PMP300 was not specifically marketed as a device used for copying music or other copyrighted material, it did not meet the definition of a digital audio recording device under the Audio Home Recording Act. It was also ruled that a personal computer hard drive, which hosts other files and programs other than music, could not be considered a digital audio recording device by law. Instead, the court found that transferring music files from a PC to the PMP300 for personal use constituted fair use.

The Ninth Court’s ruling, which was delivered June 15, 1999, became the first major legislative victory for file sharing. The favorable ruling did little to help the PMP300’s bottom line, however. Diamond Multimedia sold about 200,000 of the units after the dust from the lawsuit settled, but it wasn’t long before the company discontinued the product. Diamond Multimedia eventually got out of the mp3 player game altogether. Today, the company produces and sells a number of products more in step with the current technological climate, including gaming headsets, docking stations, video adapters, USB ports, and sound cards. 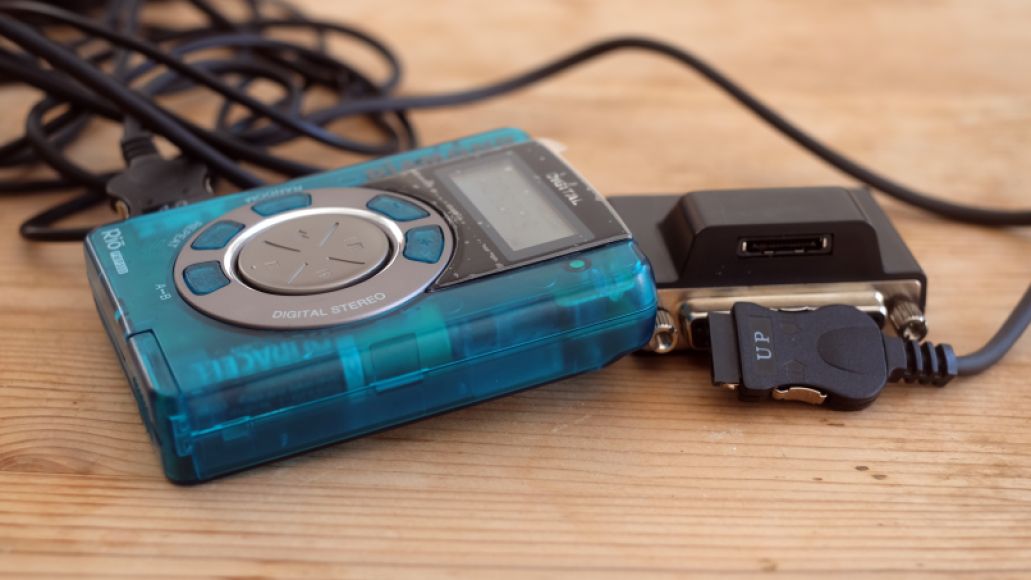 The RIAA, meanwhile, continued to doggedly fight the eventual rise of downloadable media. Six months after issuing its findings in RIAA vs. Diamond Multimedia, the Ninth Circuit Court of Appeals was presented with another request for an injunction by the RIAA, this time against the then-budding file sharing network Napster. This time, the RIAA’s appeal was successful. In July 2001, Napster shut down to comply with the court’s order to prevent the sharing of copyrighted music. Two months later, the company paid out some $26 million in restitution to the RIAA for past downloads from the site.

But the damage was already done. The RIAA might have gotten the best of Napster, but an endless host of copycat file sharing networks sprung up in its wake anyhow. The battle might have been won, but the music industry would ultimately have to concede the war to new media. The industry’s struggles to regain its commercial footing continue almost 20 years later. In 2018, streaming services such as Spotify, Apple Music, and Tidal have only further driven a wedge between the industry and music consumers it used to so gamely profit off of. On the flip side, artists have largely been left to reconcile with the fact that success no longer can be measured in record sales, at least not in the way it once was.

These days you’d be hard-pressed to find someone who’s heard of the Rio PMP300, especially after the iPod became as much a household name as the Walkman. But despite its failure, there’s no denying its hand in shifting the technological tides. Diamond Multimedia might have been off in its vision for the mp3 player, but the company was among the very first to understand and try to utilize the potential of such a device. That gives the PMP300 a legacy you can’t measure in units.

The Failed MP3 Player That Changed the Music Industry Forever