The Killers are celebrating the 10th anniversary of their triple platinum third album, Day & Age, with a deluxe reissue. Due out December 14th via Island/UMe, the new version of the 2008 record will be pressed onto double-LP for the first time and feature three bonus tracks.

The additional bonus tracks include “Forget About What I Said”, the B-side to “A Dustland Fairytale”; “Human” B-side “A Crippling Blow”; and “Joy Ride (Night Version)”, which backed “The World We Live In”.

The reissue will be available on both standard 180g black vinyl and on limited-edition silver-gray vinyl. Both versions will be housed in hardcover cases with patterned foil finishes; just like the band member portraits on the inner sleeves, your face will be reflected in the shimmering cover.

To preview the release, The Killers have released three “eSingles” highlighting three key tracks from Day & Age in the form of “Joy Ride”, “Human”, and “Spaceman”. “Joy Ride (Night Version)” is making its digital debut, while “Human” boasts six remixes and a B-side not currently available digitally (“A Crippling Blow”). Meanwhile, the “Spaceman” eSingle features a cover of Bright Eyes’ “Four Winds” alongside remixes by Tiesto, Sander Van Doorn, and Bimbo Jones.

Pre-orders for the reissue are now ongoing. The Day & Age 10th anniversary reissue artwork and tracklist can be found below, followed by Apple Music and Spotify streams of the eSingles. 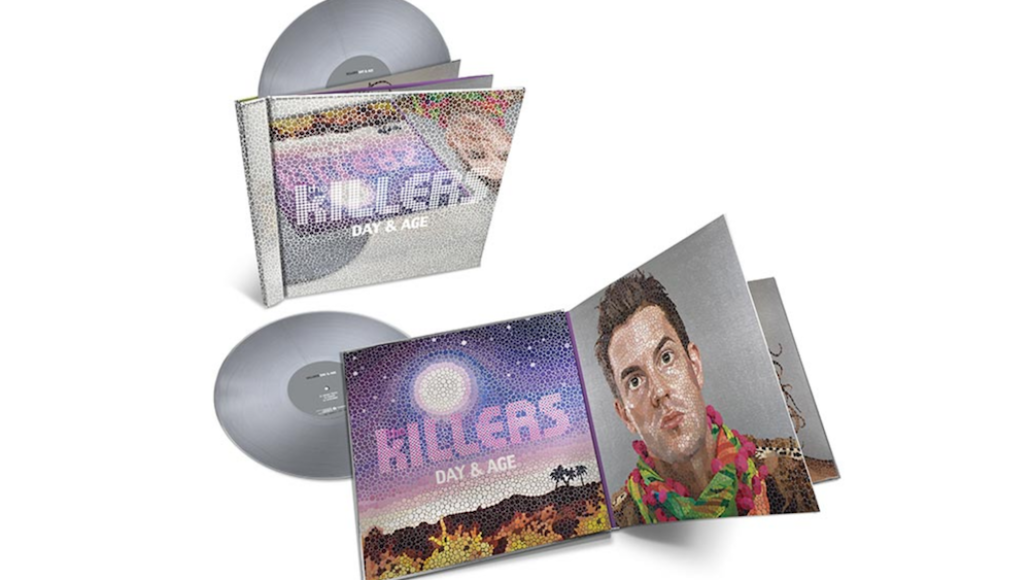