America loves Disney: the cartoons, the movies, the TV shows, the rides, those balloons they hand out at the park, everything. For nearly a century, Mickey Mouse and the gang have been an integral part of American life, funneling one morality lesson after another through the least offensive family-friendly entertainment (well, with the exception of all that inherent racist stuff). That’s their M.O. and it’s never changed. Ever.

What has changed is their public perception. Today, Disney is hip, Disney is cool, and Disney isn’t just for families. Now, Disney is Pixar, Disney is Star Wars, Disney is Marvel, Disney is life. While this cultural takeover has mostly to do with CEO Bob Iger, who’s consumed intellectual properties (IP) at a rate akin to Akira’s Tetsuo, one could also follow the pumpkins and candy canes back to Tim Burton’s The Nightmare Before Christmas.

Back in October 1993, Disney wanted very little to do with Tim Burton’s spooky bedtime story, treating the stop-motion picture like a rotten pumpkin gathering bugs on the porch. Rather than give it a wide release, they cautiously rolled it out from one handful of theaters to another, even despite all signs, both critical and commercial, pointing to a growing cultural cache. Needless to say, it never stopped growing. 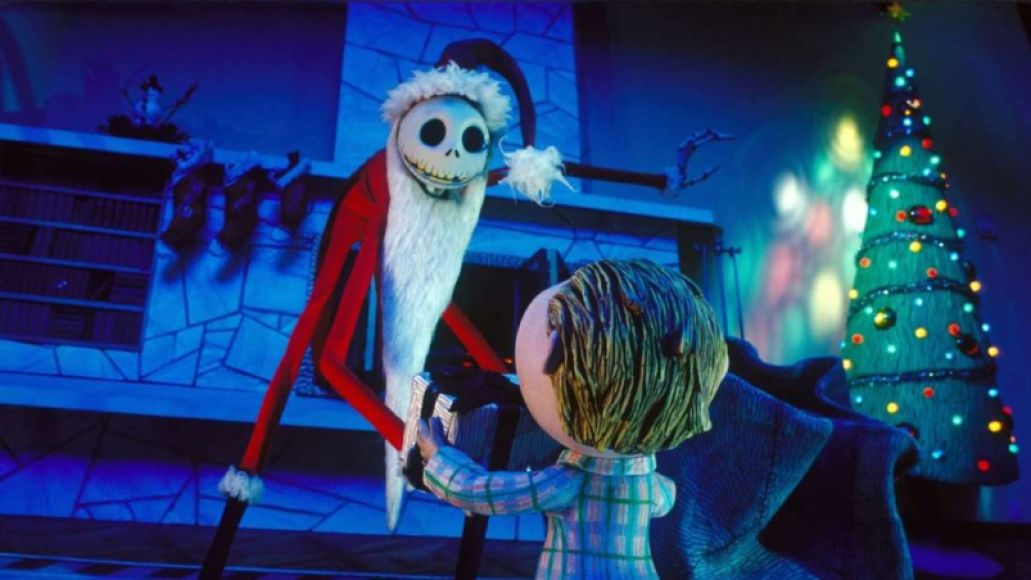 The Nightmare Before Christmas

Over the past 25 years, Tim Burton’s The Nightmare Before Christmas has evolved from an embarrassing black sheep for Disney to their beloved cash cow. It’s not even a movie anymore. It’s a phenomenon, a tradition, or better yet, a lifestyle, one that’s aided by an abyss of Hot Topic merch and nurtured by the recurring annual customs of Christmas and Halloween. There are no signs of it ever going away.

But, are we surprised? Not really. After all, given a long enough timeline, most pieces of counter-culture eventually do cross over into the public consciousness, and there’s not a single corporation on this planet more adept at making that happen than Disney. What is surprising, though, is how this swift 76-minute film prompted the Mouse House to remodel itself for the 21st century. Wait, wait, stick with me.

Think about it: Whether they wanted it to or not, Tim Burton’s The Nightmare Before Christmas became an integral part of the Disney brand, forced by a culture they never needed to understand — that is, until the receipts started piling up. Now, both of their theme parks adopt the film’s aesthetic each holiday season, and despite recent budgetary cuts, they still welcome creepy kids and adults for “Bats Day”.

In other words, Tim Burton’s The Nightmare Before Christmas showed Disney that there was an infinitely lucrative future with brands supported by lifestyle culture. Because even during their darkest hours, both Star Wars and Marvel were supported by fan bases that never stopped thriving, so it’s not exactly a stretch to think that Jack Skellington opened the proverbial Disney gates for these outside IPs.

This leads to another question: Does the movie even matter anymore? Not really. Probably never did. Odds are most of the Disney executives have never even seen the goddamn thing, and to be fair, they wouldn’t be alone. Most of America hasn’t seen the movie, as evidenced by the ensuing box office receipts, but you can bet they’d recognize Jack, Sally, or that iconic spiral bridge that’s since become the film’s logo.

Granted, that’s a stupid question to ask, but it’s warranted. If anything, it’s probably the most important question today, especially as the film industry continues to drown itself in franchises and IP is the skeleton key that opens up doors in Hollywood. In that respect, Tim Burton’s The Nightmare Before Christmas actually reads more like a cautionary tale for any kind of fringe culture out there. It’s only a matter of time before Oogie Boogie comes down and snatches you away for mass consumption. 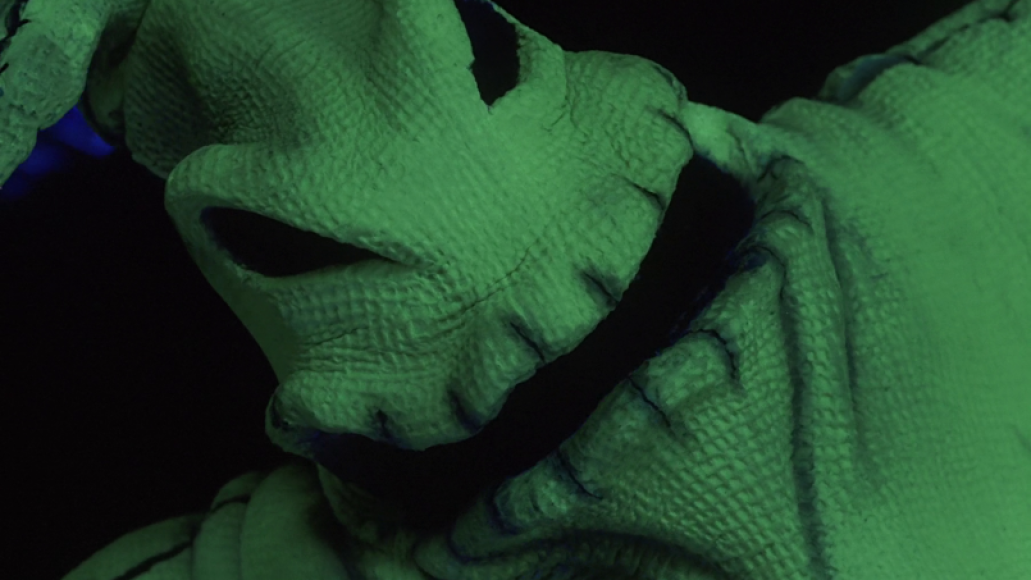 The Nightmare Before Christmas (Disney)

Of course, that leaves the giant elephant skeleton in the room — you know, the one that’s wrapped up in Christmas lights and who’s been standing next to the glowing Jack o Lantern all this time — and that’s simply, “Why?” What draws everyone in? What has kept this going for almost three decades? Or, as Jack Skellington sings early into the movie, “What does it mean? What does it mean?”

Simply put, people love the holidays. It’s a time of the year when life takes on a festive purpose, boosted by accouterments either creepy (Halloween) or sentimental (Christmas), and that dichotomy has certainly added to the timeless ubiquity of Tim Burton’s The Nightmare Before Christmas. It’s an aesthetically addicting experience that capitalizes on these seasonal feelings, offering an unlikely escape with the press of a button.

Sure, Burton’s tale of the two holiday towns warrants a poetic meditation on unity and compromise, but the elements most people recall — even those who have never seen the movie — all deal with the production: Danny Elfman’s catchy bops, Henry Selick’s signature stop-motion work, and the unique designs that have made the IP infinitely lucrative in just about every single merchandising vertical.

Then again, doesn’t that sound like every other Disney movie? Couldn’t you apply those same hallmarks to any number of their blockbusters? Doesn’t everyone recognize Mickey, even if they’ve never seen “Steamboat Willie” or a single animated short? Of course. Save for the costumes and the gift-wrapping, Tim Burton’s The Nightmare Before Christmas is everything a Disney movie needs to be.

The difference now is that America is more hip to the macabre, and here’s where things get really wonky: You can absolutely credit this movie for that, too. Between the Nightmare knockoffs, the now-dated Burton brand, and Disney’s ludicrously slow embrace of the film, the macabre has gone mainstream, which means any and all hesitations surrounding Tim Burton’s The Nightmare Before Christmas are now moot.

That’s great for Disney, great for America, and great for the movie. But, not so great for the film’s gothic counter-culture, which just isn’t there anymore; instead, it’s this cheap commodification that’s been re-sold and re-packaged again and again and again. Some might not care to notice, but it’s impossible to ignore once you truly look between the sewed body parts and glowing trees.

Again, to quote Jack, “Just because I cannot see it, doesn’t mean I can’t believe it!”