Anderson .Paak made his Saturday Night Live debut over the weekend, and did so with special guest and collaborator Kendrick Lamar by his side. Now, in continued support of new album Oxnard, .Paak has mapped out an extensive 2019 trek officially dubbed, “Andy’s Beach Club World Tour”.

His global tour officially launches February 11th with a North American leg that includes stops in San Francisco, Denver, Atlanta, Boston, New York, and Toronto. .Paak and his Free Nationals band will then head off to Europe, where they’ll play for audiences in Oslo, Copenhagen, Paris, Manchester, Berlin, and Milan.

Check out .Paak’s full tour schedule below. Tickets are available via LiveNation and are also available for resale via StubHub. 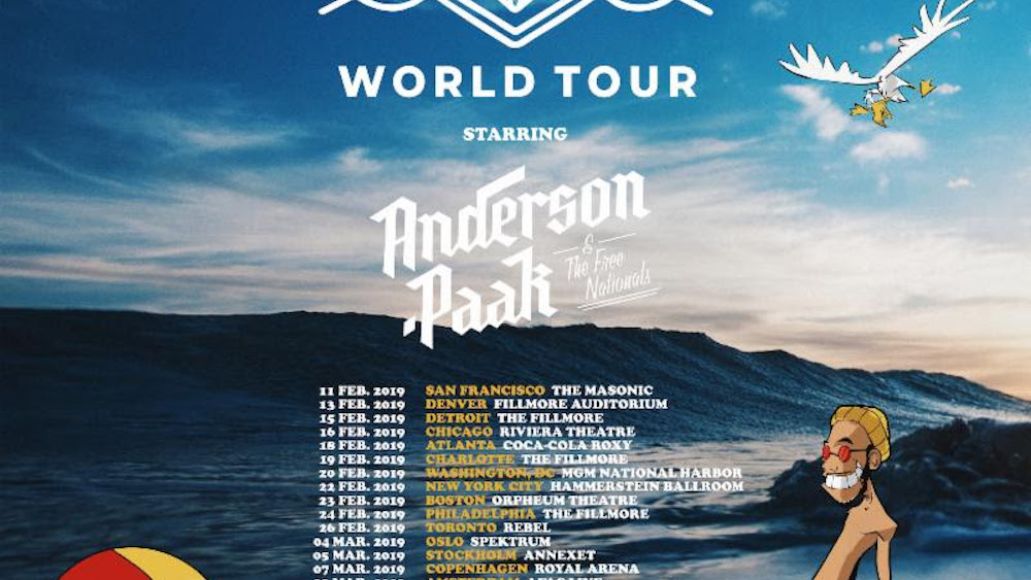