In the waning days of 2001, it seemed impossible to determine the more omnipresent fixture on the lawns of America: Santa Claus or the American flag.

“This is the most decorating we’ve ever seen,” a Knights of Pythias chairman told The New York Times in a Christmas Day report from the heartlands of Illinois. “Probably 80 or 90 percent are making sure they have at least some bushes or trees that have red, white, and blue in them.”

The first holiday season post-9/11 would unfold like an uneven pageant of patriotic values, cobbled together from idealized versions of an America that no longer existed, unchecked racist bile towards the Middle East flowing freely, and the true, terrified state of our union.

The nation was stronger, more united than ever before according to every newscaster and politician, but you’d be hard-pressed to find an adult in America that didn’t flinch at the sound of a low-flying plane while holiday shopping that winter.

A recent graduate of The New School, Stevens found himself a few stops from Ground Zero when he released his glitchy curveball of a sophomore record, Enjoy Your Rabbit, a week after 9/11. Both fascinated by holiday music as the soundtrack of the holiday’s most capitalistic tendencies and appreciative of its heart-on-sleeve emotion in times of need, Stevens gathered his arsenal of instruments, recruited frequent collaborator Matt Morgan, and recorded Noel in the weeks leading up to Christmas.

Originally sent out as a gift to friends and family, Stevens’ first EP of carols is markedly sparse and folksy in Rabbit’s wake, regifting holiday relics with tender care and tacking on two smirkingly titled originals in “We’re Going to the Country!” and “It’s Christmas! Let’s Be Glad!”

Noel’s shining moment comes with its unlikely closer, “Amazing Grace”. In most religious songwriters’ hands, the most ubiquitous hymn on Earth would probably not get any invites to secular holiday parties, but Stevens’ rendition lands as both a sincere carol and a sigh of relief after the year preceding it.

Nearly two decades removed, Noel, Vol. 1 stands as a rare holiday time capsule that hasn’t joined the ranks of dated or problematic Christmas collections, simply by being an unadorned document of an artist and city in the midst of rebuilding.

Nine EPs and 100 recordings later, Stevens has undoubtedly accepted his reputation as a Bing Crosby for the thirtysomething NPR listener. His ongoing exploration into the heart of the holidays is as much a part of his mythos as his Illinois-era butterfly wings or critics debating whether he was serious about completing the 50 States Project or not. Still, Songs for Christmas’ 42-song collection arrived with a bit of ambiguity in 2006: was it the rare Christmas compilation that knowingly tackled the tradition’s lack of self-awareness or an overstuffed offering to the eternal holiday music cash cow?

You can make a case for both; conflicted feelings over forbidden love are standard emotional territory for Stevens and his love for Christmas might be his most burdensome. Undoubtedly, though, Songs stands as a unique, extended glimpse into one of the millennium’s foremost folk experimentalists cutting loose during the making of his most beloved stretch of records.

While most Christmas covers fall limp with unoriginal arrangements, Stevens might be the rare artist where getting too cerebral and ornate is a bigger concern. 2002’s Hark, Vol. 2 finds him moving wildly between hushed hearth-side sing-alongs (“Come Thou Fount of Every Blessing”, “Only at Christmas Time”) and cheery pocket orchestras (“Once in Royal David’s City”, “I Saw Three Ships”), a chaotic preface to the maximalist folk to come on 2003’s Michigan and 2004’s Seven Swans.

Even as Songs’ tracklist reads like an overzealous caroler’s “Twelve Days of Christmas” (three versions of “Emmanuel”, two helpings of “Lo! How a Rose”, and a seven-minute version of “What Child Is This”), there’s a feeling somewhere between Hark and Ding! Dong! Vol. 3 of Stevens considering a bigger mailing list for his yearly EP Christmas card.

“That Was the Worst Christmas Ever!”, a snapshot of a family in disarray delivered with the kind of fingerpicked tenderness Stevens would later perfect on “For the Widows of Ypsilanti” and “John Wayne Gacy, Jr”, is unanimously the one Songs original that become a modern indie holiday classic in its own right, but it’d be a disservice to crown it the brightest homemade ornament on the tree.

“Did I Make You Cry on Christmas Day? (Well, You Deserved It!)” details a relationship dying at the hands of seasonal depression, buoyed by the persistent chirp of an EKG. Of course, Sufjan copes with it in the most Sufjan Stevens way possible: passive-aggressively writing poems about his partner that “aren’t very nice.”

“Hey Guys! It’s Christmas Time!” similarly lives up to its hammy title, bringing out a fuzzed-out side to Sufjan that worships Dinosaur Jr., but still gets stoked about getting permission from his parents to stay up past his bedtime. Ultimately, though, it’s the set-closing Peace, Vol. V that shows Songs’ ability to move past your standard Christmas carol regurgitation and craft something original out of a holiday compilation.

Boasting six originals from the post-Illinois era, it’s hardly a reach to suggest the transition from Illinois to Adz becomes more linear thanks to Peace. “Get Behind Me, Santa!” is a horn-heavy cousin of “Chicago” featuring back-and-forths between Santa and a non-believer, but even that showdown feels minuscule on “Jupiter Winter”. Mixing heavy Christian imagery with a longing for the intergalactic, “Jupiter” and the set closing “Winter Solstice” would be right at home on Songs’ follow-up, 2012’s Silver & Gold, while avoiding the dizzyingly abstract turns that made Silver’s 58 songs an overstuffed odyssey.

Whether the thought of Sufjan’s carols makes you want to board up your door or your devotion to indie folk’s Christmas ambassador knows no bounds, Songs doesn’t exist to convert or change, but there’s plenty to admire beyond its abundant runtime.

In Stevens’ Christmas universe, Santa is “a bad brother breaking into people’s garages,” awkward neck-kissing under mistletoe is cause for guitar rock celebration, and plans of hijacking snow plows to deliver cookies easier are plausible, but the dismal notes of time’s passage and worldly woes puncturing the holidays are never far behind.

Especially in the wake of this year’s hellscape of headlines, Stevens’ persistent wrapping and unwrapping of the Christmas classics is a comforting tradition to return to, but would be nothing without its introspection and thoughtfulness.

The whiplash between parade-sized horn sections, banjo-laden odes to the season’s darker corners, and the beginnings of Sufjan’s age of Adz is perhaps not ideal listening for your office holiday party, but Songs for Christmas intimately achieves what most holiday compilations only aspire to. It recognizes the heartache, greed, and tears awaiting every holiday season and, for two hours and change, makes the bold request to forgive, forget, and earnestly enjoy the small glimmers of good left to cling to.

Essential Tracks: “That Was the Worst Christmas Ever!”, “Did I Make You Cry on Christmas Day?”, and “Holy, Holy, Holy”

Pick up a copy of Songs for Christmas here… 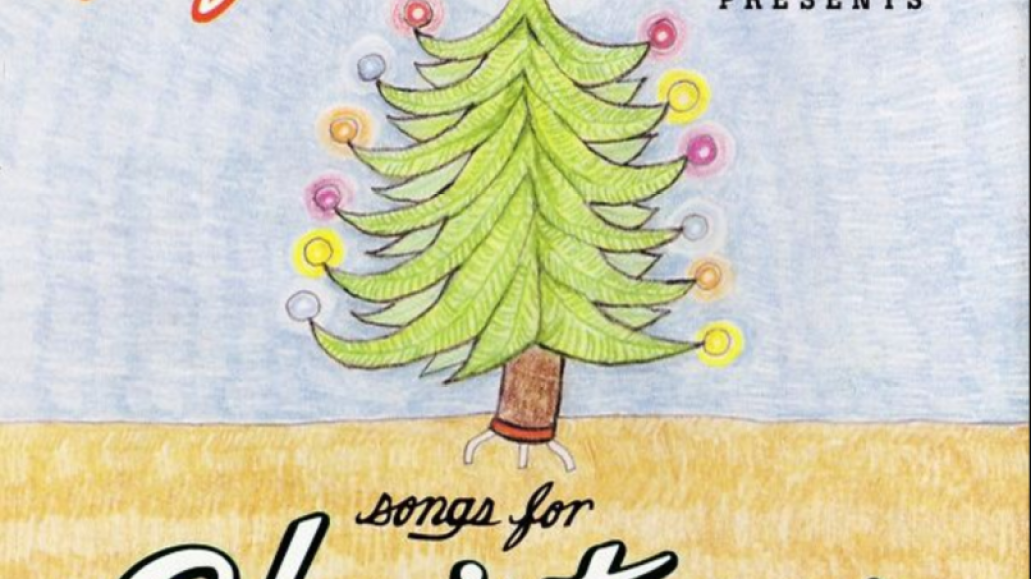 Sufjan Stevens' Songs for Christmas Clings to the Good Left in the Holiday Season: Review