Black Panther is currently the highest grossing film of 2018, so it would make sense that a store like Forever 21 would capitalize on the moment. What doesn’t make sense, however, is using a Caucasian model to sell the goods. That was the case for their new “Wakanda Forever!” Christmas sweater: 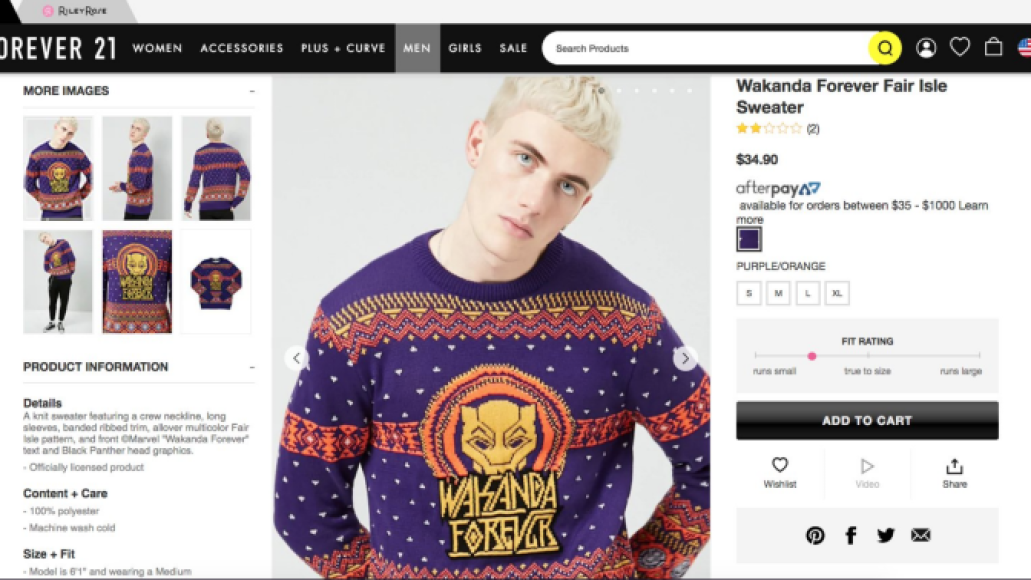 On Tuesday, the company pulled the listing from its website and released an apology statement: “”Forever 21 takes feedback on our products and marketing extremely seriously. We celebrate all superheroes with many different models of various ethnicities and apologize if the photo in question was offensive in any way.”

Black Panther is currently heading towards award season as it recently picked up several nominations at both the Golden Globes and the Screen Actors Guild Awards. It’s also listed in Consequence of Sound’s top 25 films of 2018.