Two years ago, I saw Frightened Rabbit perform at Brooklyn’s Rough Trade not long after I’d gone through a rough breakup. Frontman Scott Hutchison was battling a case of food poisoning, but he still gave their all to the show. I was heartbroken at the time, but as they had been so many times before, the Scottish folk rockers’ songs were there to offer me communion. Last night, I returned to that venue six months after Hutchison passed away to share in remembering the late singer-songwriter with a sold out crowd of fans and friends who no doubt were similarly grateful for his music.

“Tiny Changes: A Celebration of the Songs of Scott Hutchison” was a tribute benefitting The Scott Hutchison Fund, a charity focusing on mental health launched by the musician’s family. The National’s Aaron Dessner, Julien Baker, Ben Gibbard of Death Cab for Cutie, Craig Finn of The Hold Steady, and Kevin Devine all performed during the evening, each playing a selection of their favorite Frightened Rabbit songs before joining on stage together for tracks like “Swim Until You Can’t See Land” and “Painting of a Panic Attack”. 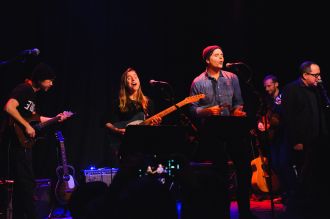 Each musician took the time to choke through stories of what their association with Hutchison was like, both as fans and friends. Devine opened the show, sharing how he and Hutchison had in depth online discussions for six years before ever meeting in person. He recalled how towards the end, he had emailed Hutchison about contributing to his Devinyl Splits series after another artist dropped out. Within three minutes of sending off the note, he got a response: “Sight unseen, the answer is yes.” Scott never got to record that song.

Baker had joined Devine for a heartrending “I Wish I Was Sober” early in the night before coming out for her own set, for which she was joined by Dessner. Together they performed “The Woodpile”, a track Baker said Hutchison once caught her playing during a soundcheck, imitation Scottish brogue and all. 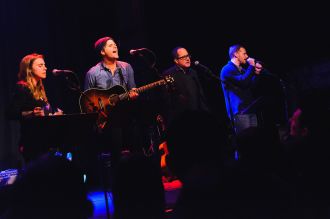 There were moments when it seemed everyone was trying to hold back tears, but there were also moments of levity like that. It was a fittingly celebratory mix; as Finn noted, Hutchison was a funny devil of man, one who could write as bitingly about depression as he could about sex (which is why Finn chose to sing “The Twist”). There’s always sadness when paying tribute to a musician in settings like this, but when the music meant so much to so many, there should also be joy.

And there was no bigger joy then in the closing singalong. It wasn’t anything that the was played on stage, either; instead, after the final encore performance, “The Modern Leper” came over the venue’s speakers. With the musician watching from the upper wings, the entire crowd sang and belted along, hundreds of voices extolling the one they’d all lost. Even after the song ended, the audience remained, not wanting to let go of the music just yet. Thankfully, they won’t ever have to.

Pictures can only capture such an event so well, but go ahead and press play on your favorite Frightened Rabbit record as you scroll through the gallery below. 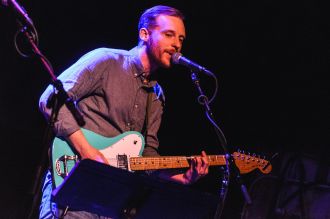 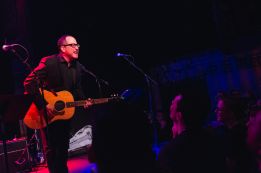 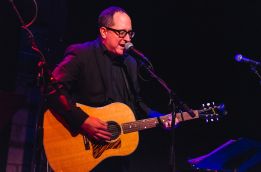 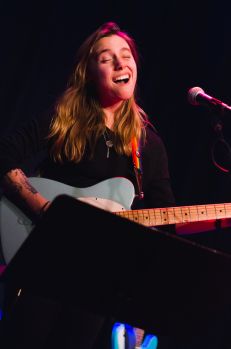 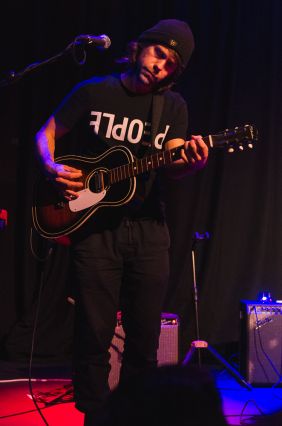 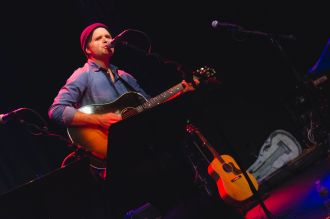 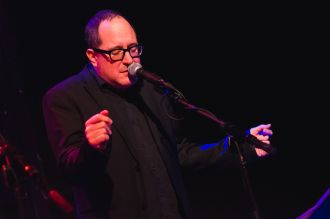 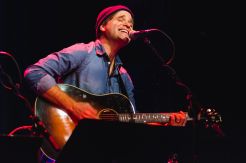 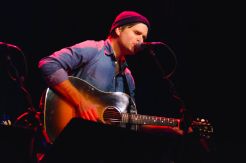 Tiny Changes: A Celebration of the Songs of Scott Hutchison, Julien Baker and Ben Gibbard, photo by Ben Kaye 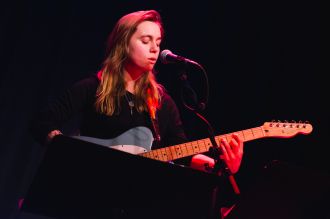 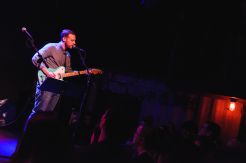 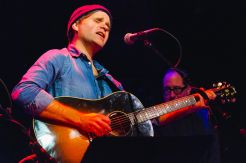