With the way numerous trailers and teasers are released these days, you’d think Hollywood had gone all-in on the idea of giving up the goods well before a movie is released. Still, studios like to be coy every now and then with certain bits of information, just to keep up the suspense and “surprise.” Take when Benedict Cumberbatch joined Star Trek Into Darkness; fans knew he was going to play Khan, but everyone from the actor himself to director J.J. Abrams denied it until the movie was released.

Disney and Marvel have been taking a similar approach to Jude Law’s role in the upcoming Captain Marvel. We’ve been listing him as portraying Mar-Vell — an integral part of the Captain Marvel lore (natch) — in nearly every post we’ve done on the film since way back when he was first circling a contract last November. But for whatever reason, everyone involved in the project has demurred when asked about Law’s part. Then came a Funko Pop! figure that listed him as Yon-Rogg, an eventual antagonist of Brie Larson’s Carol Danvers, and everyone had the same thought: “Well, maybe we were wrong.”

Never doubt yourself, True Believers. As ComicBook points out, Marvel Studios has now confirmed that Law is indeed playing Mar-Vell. A previously released photo of Law and Larson recently popped up on the film’s official website with the caption, “Jude Law as Mar-Vell, the leader of Starforce.” And so the rumors were put to bed, confirmed. 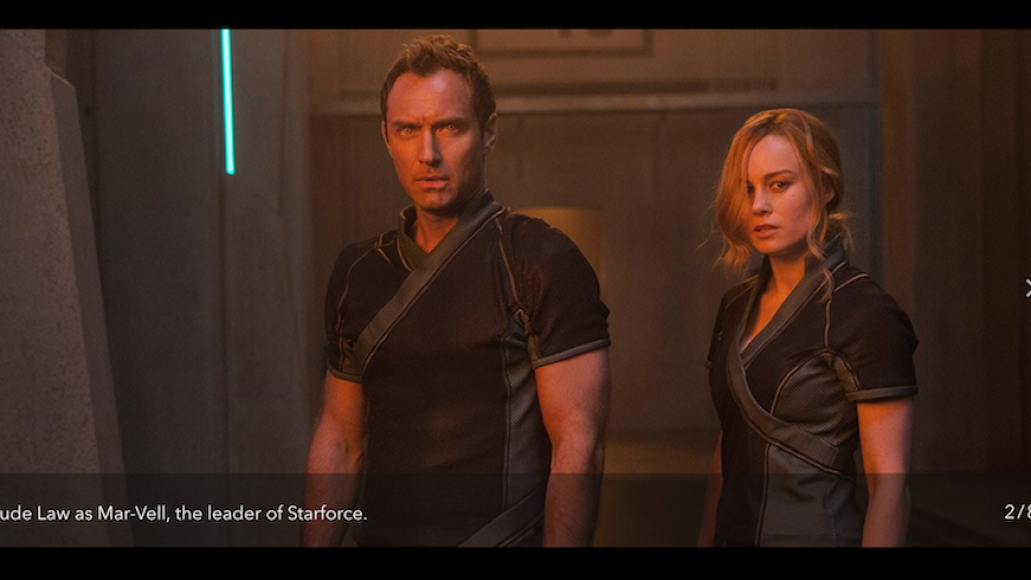 In the comics, Mar-Vell is actually the source of Danvers’ powers. The alien Kree tries to save her when a Kree machine explodes, but the strange cosmic energies of the device merge Danvers and Mar-Vell. Now a human-Kree hybrid, Danvers begins a superhero life as Ms. Marvel before taking on the Captain Marvel mantle.

The film looks to be taking quite a different track with the character, with Mar-Vell being Danvers’ mentor and leader in the Kree military unit called Starforce. There’s still plenty of mystery surrounding how Danvers gets her powers and why her memory seems to be erased, as you can see in the latest intriguing trailer below.