Wasting no time, the show starts with all five guitarist on stage. Tearing into the early ’70s hit “Hocus Pocus” by Focus, each guitarist gives a taste of whats to come. As the song ends, Tosin Abasi, of the band Animals as Leaders, becomes the night’s first featured player. As the youngest member of the shred-fest, Tosin may not be as well known as the others and that leaves him with the task of making his presence known…and he wastes little time in doing so.

Mixing lush, beautiful melodies with sounds that are completely foreign to the traditional guitar lexicon, Abasi ties it all together with foot-stomping groove. In the middle of his set, a humble Abasi admits that it’s still surreal for him to be sharing the stage with his guitar heroes. A sentiment echoed by Extreme’s Nuno Bettencourt, who remembers being introduced to a then unknown Steve Vai, when he opened up a guitar magazine and out fell a record (“The Attitude Song”). Bettencourt accompanies Abasi on the Animal as Leaders track “Physical Education”.  Even though their styles are completely different the collaboration works, as does the concept of segueing from one guitarist to the other by having the next guy come on stage and take the torch.

Joking that, “Now we’re done with the intellectual part of the show…I’m here to dumb things down,” Bettencourt, who doesn’t seem to have aged one bit in the last 25 years, puts forth the most accessible set. Mixing the heavy groove of Extreme’s “Get the Funk Out” with the acoustic “Midnight Express” he proves that you can appeal to non-musicians while letting it be known that you can also shred with the best of them. Closing out his set with a medley of Extreme’s greatest riffs, the spotlight shifts to Zakk Wylde.

With a catalog of music that now dates back to 1988, it would be quite easy for him to pull out a handful of Ozzy and/or Black Label Society songs to play during his set. Instead, Wylde pays tribute to “Lord” Iommi as he takes Black Sabbath’s “Into the Void” and “War Pigs” on a thunderous ride that brings Zakk face to face with just about everyone in the theater — literally. No stranger to being “one-with-the-fans” Wylde turned it up a notch by playing behind his back as he made his way through the crowd all the way to back of the theater and then up to the balcony, where the only thing to stop him is the last row of the theater. Joined back on stage by Nuno Bettencourt, the two play the Gary Moore classic “Still Got the Blues”. Trading soulful blues licks, each guitarist ventures out to the crowd again — playfully throwing riff’s back and forth until it’s clear that there’s a third guitar playing, at which time a spotlight shines on the soundboard, revealing Steve Vai.

The guitar has no greater ambassador than Vai, who started a record label to help promote artists who have been overlooked by big labels. Generation Axe is Vai’s baby, so one would think that he’d be the natural choice for “headliner” but instead Vai puts together a tight three-song set that brings the house down, including the crowd favorite “For the Love of God”.  Abasi, Bettencourt and Wylde join Vai on a version of Edgar Winter’s “Frankenstein” that may be the highlight of the evening.

With three hours of shred under our belt, it was only fitting that Yngwie Malmsteen, a master of shred, should close out the evening. Earlier in the evening, Bettencourt had joked that the performers were being paid by the note, and he was going to give Malmsteen run for his money. Within the first few minutes of Yngwie’s set it was clear that he would be taking the majority of the loot home, if they were indeed being paid by the note. It’s during the Malmsteen set that you really appreciate the band that has been playing throughout the evening — drummer JP Bouvet, bassist Pete Griffin and keyboardist Nick Z. Marino provide a seamless transition from one amazing guitarist to the next.

Playing a cross-section of songs from his impressive career, Yngwie’s skills are as jaw-dropping impressive now as they were when he first hit the scene back in the early 1980s, even if he spends a good deal of his set hamming it up a bit with exaggerated facial expressions and by repeatedly tossing picks into the crowd. Closing with his classic “Black Star”, he’s joined by Vai, and they tear note-for-note through sections of the song that leave everyone dumbstruck.

For the finale, the five fretboard wizards arrange a version of Queen’s “Bohemian Rhapsody” that is mesmerizing. It’s not easy to take a song that’s been heard a million times and do something different, yet respectful with it…but they do. With the crowd pleading for one more song, the shredders oblige with the Deep Purple staple “Burn”. It’s all together fitting that a song that most guitar players learn early on in their development is the song they choose to end the night with.

Generation Axe may not be for everyone, but rest assure that 10 or 15 years from now, people will still be talking about the insane amount of talent that was up on that stage. Rock music historians love to tell tales about “the night so-an-so” jammed for hours at a blues club back in ’60s and we all would have loved to have been there. But that’s living in the past. The truth is that guitar playing is just as creative and innovative now as it has ever been. If you truly appreciate virtuoso guitar playing, hit this tour when it comes to your town. See the dates here. 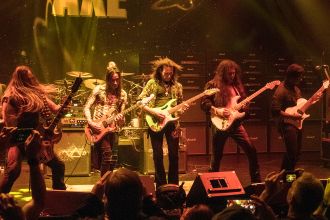 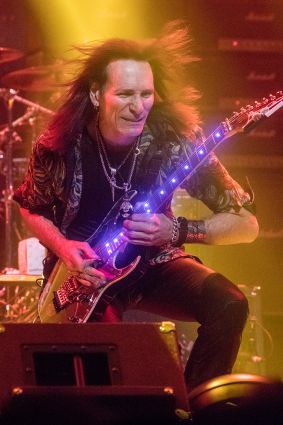 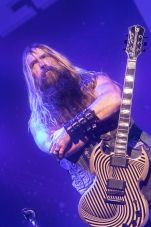 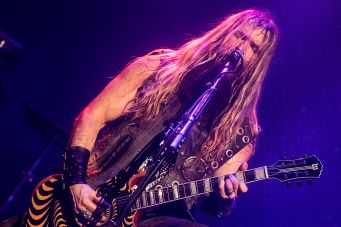 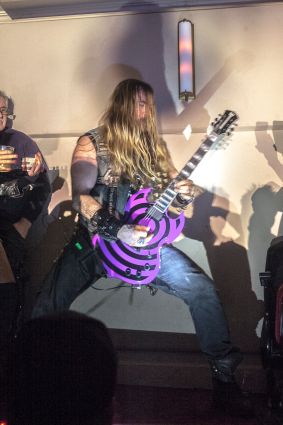 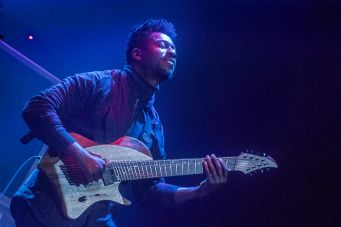 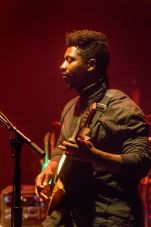 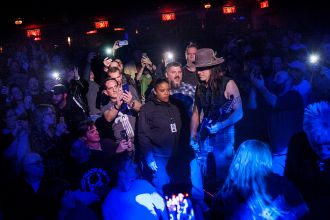 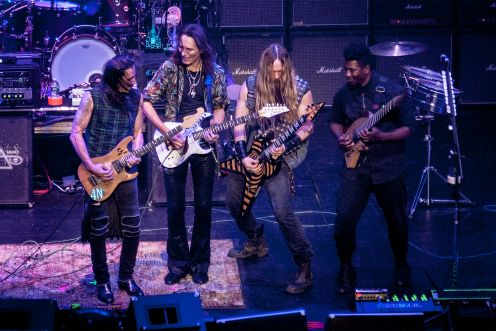