We’ve heard of “Frances Farmer Will Have Her Revenge on Seattle”, but “Nirvana Will Have Their Revenge on Marc Jacobs“!? Apparently so.

According to TMZ, the band is suing the designer for using its iconic smiley face on an incredibly lame shirt, which is part of Jacobs’ equally lame Bootleg Redux Grunge collection. Sigh, what a world.

As you can see below, the design lifts not only the smiley face — replacing the crossed-out eyes with a cheeky “M” and J” — but also the band’s Onyx font which they used to write the words “HEAVEN.” 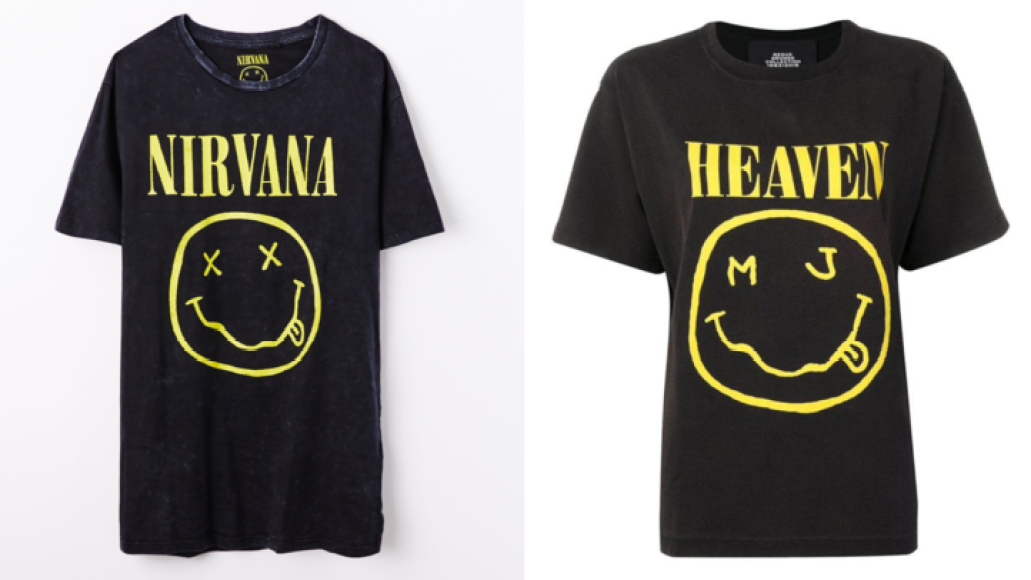 The smile was reportedly first drawn by the late Kurt Cobain and first appeared on one of their flyers for their Nevermind release party in 1991. It’s been trademarked by the band since 1992.

Marc Jacobs has yet to comment on the lawsuit.