There’s a beat in Hereditary that rattles you on a bone-deep level. It’s when Toni Collette‘s doomed artist Annie tells her son that she never wanted him. Then again, it’s not as though she’s telling him for sure. The words certainly come out, as clear as day: “I never wanted to be your mother.” But by that point in Ari Aster‘s nightmarish directorial debut, the very nature of reality is being called into question, actively and regularly.

Yet what hits about that sequence, beyond even the heartbreaking cruelty or unsettling candor of it, is the way in which Collette slams her hand to her mouth, just a second after it’s too late to ever again close the door she just flung open. The words leaving her mouth are sadistic, but not just because of the way in which they’ll affect her son Peter (Alex Wolff). They’re sadistic in the truth they expose, the ways in which we expect parents to love their children unconditionally and don’t wish to hear about the thoughts some parents might have when they’re alone in the dead of night. They’re sadistic in the way they wound the person who utters them, despite and because of the fact that there’s some semblance of truth behind them. 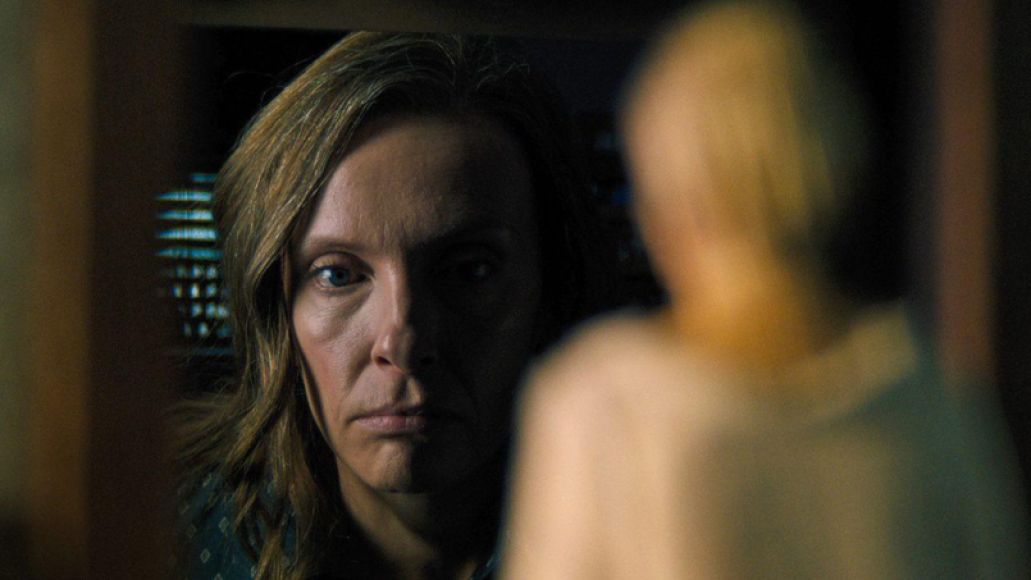 Hereditary is one of the best films of 2018, and among its many merits, it boasts the year’s very best performance from Collette. In the actor’s capable, thoughtful hands, Annie is not only the victim of a nerve-rattling horror feature, but also its soul, its devil, its most accessible source of humanity and its most memorable terror. In at least one scene near the end of the film — fans already know the one — she embodies all of those ideas, together and in opposition, in just a few minutes of screen time flat. Through Collette, Annie is somebody whose inner life extends far beyond the boundaries of the film’s storytelling. There’s an artist who became a wife, and then a mother, and then an amalgam of all of those backbreaking roles while also struggling with the traumas left in her from her mother, whose death sets the film in motion.

Women of multitudes are hardly a new task for Collette. Since breaking through with her unforgettably humane turn in Muriel’s Wedding, she’s often been tasked with making those multitudes accessible, and has succeeded time and again. From her long-embattled matriarch in Little Miss Sunshine to her devastated widow in The Sixth Sense, Collette has always been able to exude a sense of character that resonates beyond the film’s story. The endlessly magnetic performer has worked along the entire cinematic spectrum from comedy to tragedy, and has always found an aching humanity within a broad diversity of fictional women. 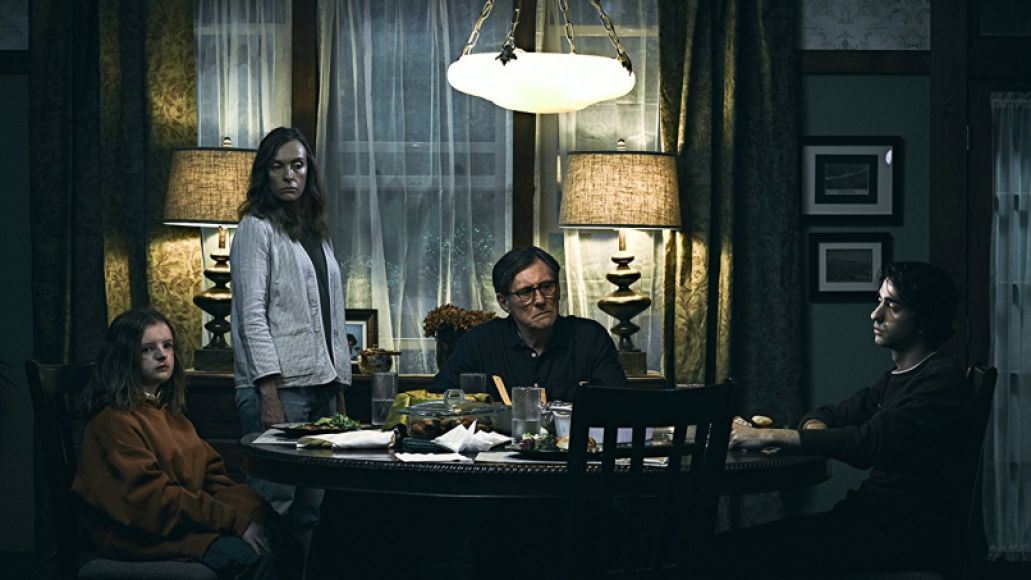 Hereditary, however, utilizes that humanity in ways both unsparing and affecting alike. As Annie and her family are dragged into madness due to what might be anything from inherited pain to the trickster god Paimon, Collette is the film’s tormented compass, a woman deeply undeserving of the cruelties being visited upon her who struggles to overcome grief at both ends of her life. When she’s eventually subsumed by it, her turn mutates into something nearly inhuman, a marvel of physical and dramatic performance that will surely stand in time as one of the great horror movie performances.

In honor of this year’s selection, Consequence of Sound was able to speak with Collette about what drives Annie, the social taboos that inform the character’s impact, and much, much more.

Much of your work has engaged with the ideas of what women are “supposed to be,” in one form or another, and the tensions that emerge from placing certain pressures and mandates on them. How did that come to inform Annie?

You’re right. Over and over again, I am drawn to stories of people learning who they are and learning to be comfortable with that. Or not. It sounds subtle, but in reality that kind of awakening is intense.

Most of Annie’s life she has felt that something was wrong without knowing exactly what it was. This story is about her realizing the truth about her family and herself. She has been a puppet her entire life. A life manipulated and orchestrated by her mother. Total betrayal. She made choices along the way that felt rebellious and/or as if they were hers to make; like becoming an artist, marrying Steve [Gabriel Byrne], having kids.

But i think even those decisions were not Annie’s. She’s been sleepwalking, so to speak, going through the motions of life and doesn’t realize it till she is awake but by then it’s too late. An awakening usually brings a sense of well earned knowledge and personal freedom but clarity and awareness can’t save Annie. This is what makes it truly horrific for me. She is released from one burden (the secrets of her past) only to fall into a deeper, inescapable pit. There is now no way out. No hope.

In both Hereditary and Wanderlust, grief is a driving force, but in neither case does it express itself in the way we expect — it’s almost as though the body knows what’s going on before the mind does. Has that been your experience?

Absolutely. The mind gets in the way. I trust my body more than my mind. It is so much wiser. However, you cannot ignore the mind. The two are entwined. Eventually the mind catches up and turns your feelings into thoughts, words and actions. It’s a slow process of articulation. Grief is hard to process, and we all muddle through however we can. But blindly managing is not living. I’m drawn to grief in stories because it is the ultimate illumination tool and giver of context. I don’t think people can substantially evolve ’til they jump in this fire. Eventually we all must. It’s part of the nature of life.

Hereditary plays at length with one of our great social taboos: a mother’s assumed unconditional love for her child. Where do you feel that the power of that phobia (the “bad mother”) emerges?

It’s everywhere. We don’t live in the present. If we did, we’d know how ridiculous this notion is. But many of us are fed and informed by human history and not who we are now. For so long women have been allocated certain roles. It wasn’t always that way. Only during the agricultural revolution did we shirk village life, shared roles and equality itself. Only then did women assume the role of primary caretaker and homemaker. It doesn’t make sense anymore.

More recently, those images of women in the ’50s smiling through a profound loss of self in order to keep up appearances are just so sad. Thankfully, it helped us springboard into who we are now — free humans with every opportunity available to us. At least in the western world. And yes, some women may still choose to be the all-loving stay-at-home mother. Fantastic! At least it is a conscious choice and not a position thrust upon them. I also know from personal experience that I can be an all-loving mother and also satisfy my other needs, desires, and creative dreams. 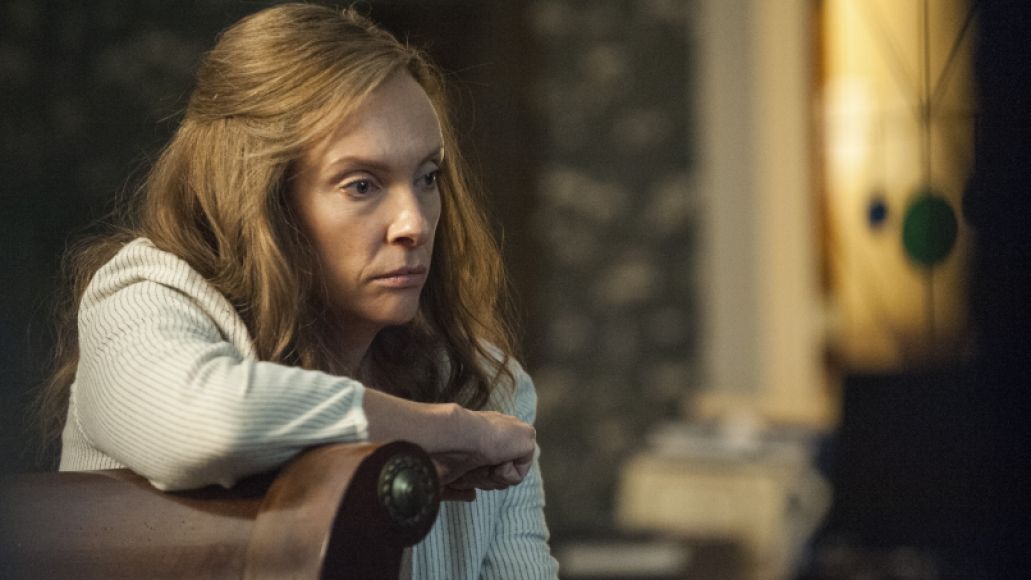 What societal taboos are still mostly unexplored, in your opinion?

Well, just basic expression of feelings. Is that weird? ‘How are you? Fine.’ We’re on auto-pilot, and then we complain about [a] lack of connection and compassion. I wish people were more honest and unafraid to talk about their humblest feelings. Society does a great job of ostracizing people. And technology hasn’t helped. Yes, we’re connected but we’re not connecting. There is a real lack of acknowledging the fact that we are one. On an energetic level, on a cellular/DNA level, on a ‘we share the planet at the same time (how miraculous!)’ level.

In the scheme of infinity, we live such short lives and yet we’re all too scared to be open about the real stuff. When we see someone on social media take the shirt off their back and give it to a homeless guy, we are all moved beyond words. But then the next day, we walk past the homeless guy. We are all connected! Each and every one of us. We are part of nature. Not above it. We are one. This should make us less afraid to open up. But I get it. It’s hard to see the wood for the trees.

There’s an extremity to your performance, in the way it captures how grief and panic can both capture the body in this primal way. How did you go about capturing the physical experience of extreme emotion in such an outward, visceral way?

Look, the writing was so good that it was very clear to me from the outset. I didn’t really think about it much. I tried not to think about it. I have grieved. I know how hideous it feels. More than anything, I think I pushed those moments away ’til action was called. Then I got myself out of the way and let it spill out. It was less technical and more just immersing myself in the honesty of the moment.

Some of the film’s most visceral stuff comes from the emotional abuse witnessed on screen, in any and all directions. Annie’s both the target of it (Steve’s unwillingness to listen to her) and the victimizer (against Peter), so how did you negotiate that in your own approach to the material?

We didn’t rehearse much. We talked a little about each scene in a bare hotel conference room before we started at the beginning of the shoot. Ari, our incredibly talented writer/director, sent me copious amount of notes on character and backstory which I read once.

As well as the script being well written, to me, it was extremely loud in what it was saying between the words. What was unspoken in that house. All the toxic energy Annie had lived with her entire life before this moment of expressing the resentment and grief and rage you see onscreen.

This is a woman who experienced familial emotional abuse herself her entire life. She had been holding it in forever. When the worst happens, she cracks open and she cannot help who her anger is directed at. It needs to come out and shift and flow. All energy does. She does love her son, but she is in too much pain to help him. Sadly, he is in her direct firing line when it spews out of her. 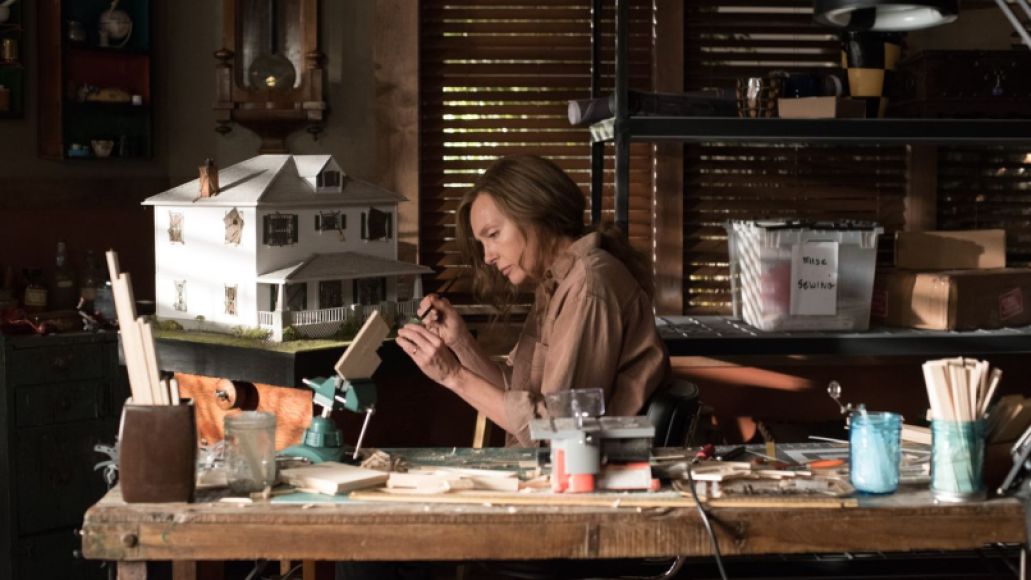 You very likely got a much closer look at Annie’s artwork on set than Aster frequently allows through the film. What, if anything, did you take away from her based on that aspect of the design?

It was beautiful and meticulous. Just so much detail and accuracy. Her miniature work is both her attempt to understand her life and is, therefore, therapeutic. But it’s also her way of attempting to control her life and all that she knows deep down is wildly out of control.

What have the people close to you made of the film and you in it, if they’ve seen it?

They were blown away. They see it as the poetic and artful piece that it is. They also see a study on grief which is almost too much to bear.

Which is scarier: a kid who sees dead people, or a kid who is maybe possessed by an ancient dark force?

Ha! The latter. Darkness takes it to a whole new level of fear.