Ableton Loop is the only offline extension of a sprawling digital audio workstation (DAW) that has permanently cemented its place in modern music. While the ubiquitous software serves as a digital brain for musicians of all styles, “Loop” thrusts Ableton into the physical world as a self-proclaimed “summit for music makers” —three days of talks, interactive workshops, studio sessions, performances, creator meetups, and everything in between.

Loop came Stateside for the first time this year, migrating from the storied walls of Berlin’s Funkhaus to settle into a three-venue sprawl in downtown Los Angeles. Each venue was much more of a tech studio than an epileptic rave space, drawing from a collection of intimate small group studios, interactive tech rooms, and the cozy low-lit auditorium of Hollywood’s historic Montalbán Theater, which served as the event’s home base. 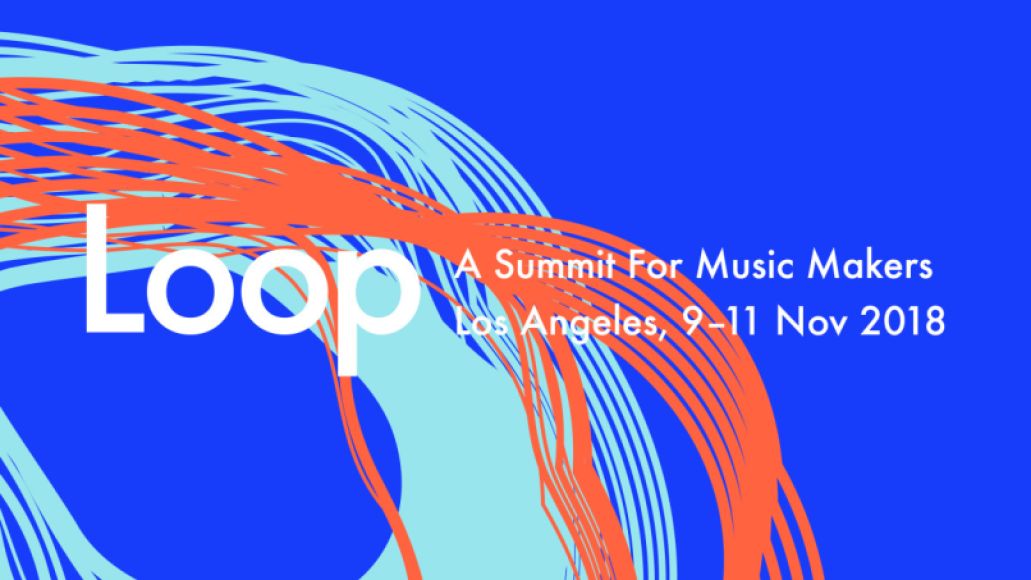 A day at Loop is a lot like one of those “Choose Your Own Adventure” storybooks, brimming with vastly different possibilities. At first, you might find yourself building and jamming for hours alongside fellow attendees with “paper based musical interfaces,” which are essentially MIDI controllers with small touch sensors fixed between hand-designed pieces of poster board and routed to a Bluetooth sensor.

Afterwards, you might mosey on over to the Montalbán rooftop for a drink and relax to the ongoing dublab livestream, refreshing your mind for another interactive session, where one can explore the ways one might route percussive instruments through effects pedals. And, if you’re mind’s still on fire, you could dart across the hall just in time to catch Kelela dissect the build of her Live set to an audience of less than 50. 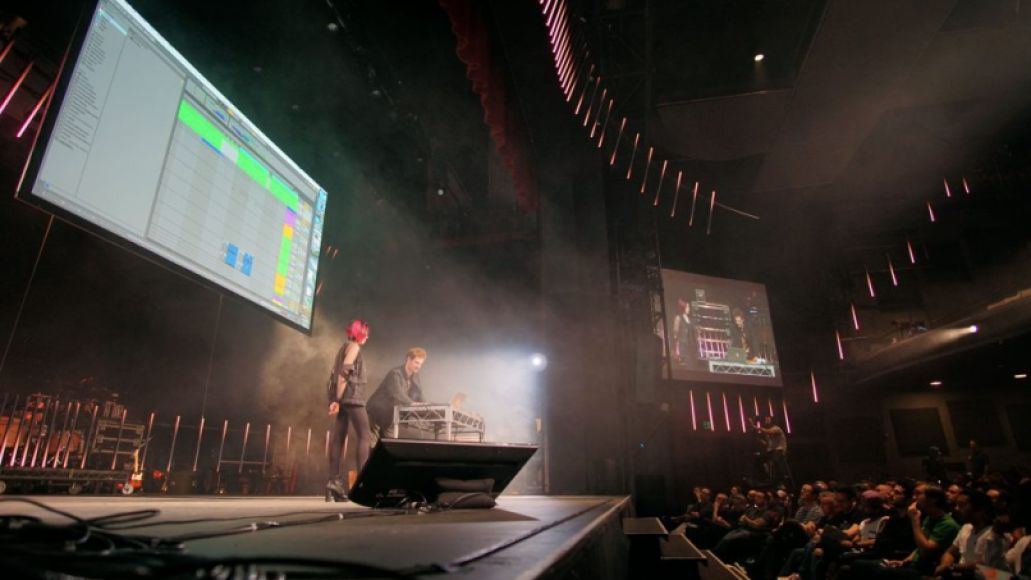 The permutations, much like the software, are limited only by taste, which is why, to distill such an expansive event, we picked quotes from a handful of folks of various affiliations on how they would describe Loop.

“To be honest, courage. That’s how I’d describe it, or rather, what I got from it. I’ve only been producing in Ableton a year or so and I came here quite a bit nervous about that. After a few days you sort of understand its not about the technical applications of [Ableton], its about creativity and learning how people use it”

“It’s an experiment. Putting a lot of people with similar interests in the same place and letting them interact. You can learn more about the things you like or go see something you never have before. It’s really up to you.” 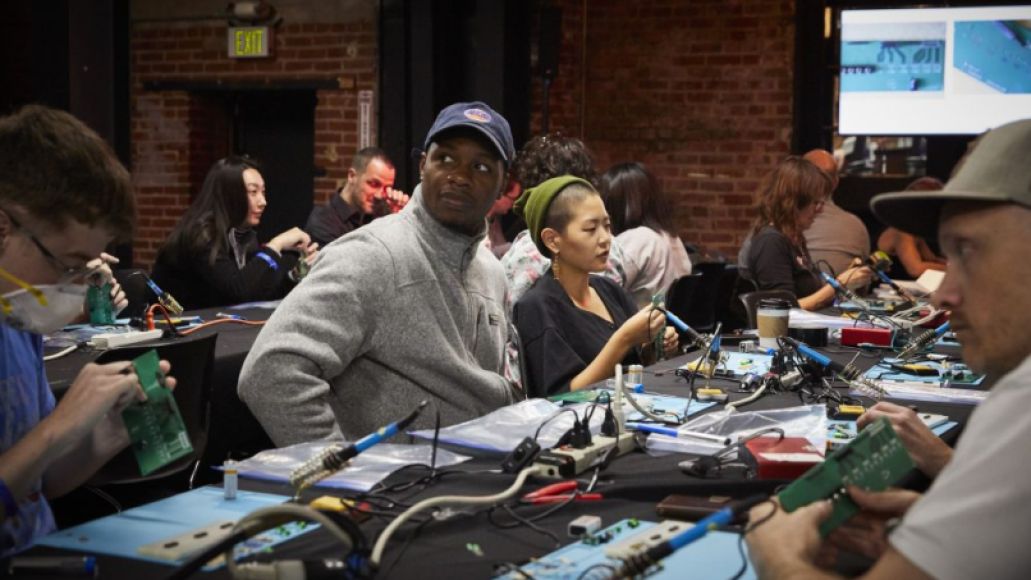 “I came to Loop to run a workshop that shared the magical interactive paper and ‘songwriter’s notebook’ my team and I make that can be used to create music.  What I do is a little off the mainstream and I often feel like an outsider, at Loop I met more people that I [connect with] already in one place than I have in a long time, I felt very much amongst my people.  Loop is place full of wonderful artists of all ilks, many of which are also doing things a little off the mainstream, and together we created something that was really quite magical, musical and wholly inspiring!”

“I recently learned about this idea of Christopher Small’s. He said that he thought music ought to be a verb rather than a noun, and that ‘musicking’ should include not only playing or producing music, but also listening to music, watching people play music, and thinking and talking about music.

So I’d say Loop is a place for musicking, in that we have discussions, presentations, performances, workshops, improv sessions, and interactive installations, and all these are considered as important as one another.

And in a sense, the most important thing we produce at Loop is something that happens in between all these, which is conversation; music-makers meeting and talking to one another, exchanging ideas and contributing to the discourse of music; which in turn transforms and expands our collective sense of what is possible within music, and what music can do in the wider world.”

Sampling the Ableton Loop: To Live and Learn in L.A.