In September, Jason Pierce’s space-rock project Spiritualized launched what would eventually become the 10th best album of the year, And Nothing Hurt. “With this record, Spiritualized has added yet another chapter to its wild, dreamlike musical legacy,” praised Consequence of Sound’s own Ryan Bray, “proving that rock isn’t dead and that maybe everyone else just isn’t trying enough.”

Today, Pierce has announced he will bring the acclaimed LP out on the road for a 2019 North American tour. The jaunt takes place from March 22nd through April 19th and counts Atlanta, Austin, Los Angeles, Vancouver, and Salt Lake City as stops. Chicago, Toronto, Boston, and Brooklyn are also part of the itinerary, as is Knoxville, where Spiritualized is slotted to perform at the city’s Big Ears Festival.

(Read: Jason Pierce Gives a Track By Track Breakdown of New Album, And Nothing Hurt)

Check out the full schedule below. Tickets are on sale beginning December 7th. You can also get them here. 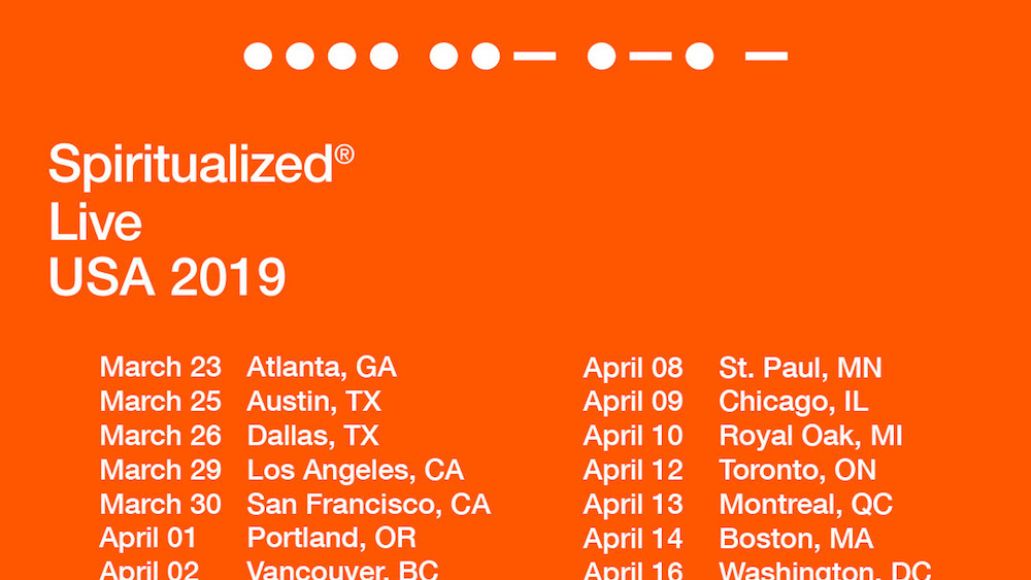 Pierce appeared on a recently episode of Kyle Meredith With…, where he spoke about the new album and how it was partially influenced by Slaughterhouse Five. He also talked about the realities of aging and why the idea of reuniting Spacemen 3 feels similar to staged re-enactments of historical battles.

Hear the full conversation below.