System of a Down bassist Shavo Odadjian has started his own lifestyle brand, 22Red, with a focus on cannabis, streetwear and music.

The musician describes himself as an avid cannabis user, and his 22Red line features pre-rolls and vapes, using lab-tested compliant cannabis. The clothing line includes t-shirts and hoodies, which are already available at 22Red.com, with hats, sunglasses, and other apparel coming soon.

As part of the 22Red brand, Odadjian is also working on an as-yet-unnamed music project that he describes as “bass-driven hip-hop.”

In the recently published first part of our interview with Odadjian, he talked about the current state of System of Down. In Part 2, below, he discusses his introduction to cannabis and whether it has influenced his musical creativity, while also offering insight into his new music project.

Well, I started using cannabis in my early 20s. I had tried it once at a Guns N’ Roses and Metallica concert, first time ever. I think it was like in ’92 at the Rose Bowl in Pasadena. After that, I didn’t smoke for a while. But then I started smoking when I was about 21, and that’s when I started smoking every day. That’s when I had met Daron [Malakian] and we had started System of a Down, and he smoked every day, and I was with him every day, so I smoked with him every day.

I think it did kind of open up some creative juices, but I was always creative, even before I started smoking. Creativity, I think, is within you. I don’t think you need a drug or anything extra to bring it out. But I do think it does take away some inhibitions, at moments. Some [cannabis] strains do get you a little creative. If it’s like a hybrid with a 60-40 or 70-30 split, like 70 percent Sativa, 30 percent Indica, I think that gets you more creative, like the Maui Wowies and stuff like that.

So, knowing all that, the lifestyle is my lifestyle, so why not take part in it. I’m not just [starting this company 22Red] because I have a name. It just so happens that I do have a name, but it’s a passion of mine. It’s been a passion forever. It’s just like music.

Again, I don’t think you need [marijuana to be creative]. I just think it could help every now and then. I sometimes smoke and I zone out in my room, and I plug my guitar in and I record everything I do. If I plan to write, I won’t be able to write anything good. I just need to kind of jam and let things come. And if something cool comes out, I record that moment, and then I bring that moment back, and I put a beat behind it. And that’s how the new stuff has been coming along — the new stuff I’m going to release off of 22Red. That’s how it’s been happening. It’s been just creative juices flowing, and that’s just been helping a lot. 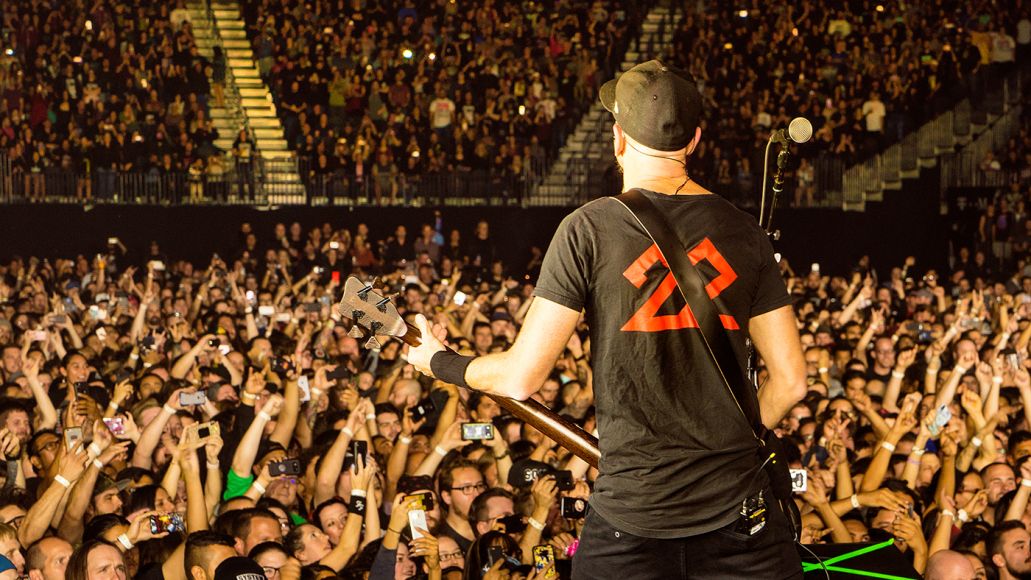 I’m actually working on one main project right now. The way it happened is that I got together with these two guys, really cool young guys in their late 20s, early 30s. And the plan was for me to learn the program Logic Pro X real quick, get a crash course in it, and kind of go on my self, the way I did my old stuff on ProTools when I recorded Achozen with RZA.

So anyway, I met these guys at a friend’s studio, and they were going to give me Logic lessons, so I could get in my room, and get in my studio and work, ‘cause I’m really vibing music right now. I was really inspired. And as one of the guys would come over, he would hear some of the stuff I’ve done, and he was like, “Maybe you should hear some of my stuff.” And I was like, “Maybe we should connect, let’s collaborate.”

And ever since then we’ve been in the studio, making amazing music. We don’t really have a name we’re going by yet. It’s bass-driven hip-hop, but I can’t really explain it. You guys need to hear it. I’ve thrown a couple of little samples here and there on my Instagram of some of the riffs and beats, but I don’t want to give too much away, because I want it to be a surprise, ’cause I think a lot of people are looking forward to what I have, because I haven’t really released anything in a really long time.

And vocal-wise, I have a lot of friends in this industry, and I want to bring them out. I want to get Serj on there, RZA on there, B-Real on there, and a couple of surprise guests who I don’t want to mention, but they’re gonna really shock the world. I have a friend who hasn’t been doing it for a bit, who’s really respected, and I’m going to bring him in. So, I’m going to make a cool collab album with original music — just a really cool vibe of music.

Hip-hop nowadays is like mumble rap, so I want to bring good music back. I don’t want it to be like 4/4 beat, boom, boom, boom, and someone talks over it and it becomes a freakin’ hit. I mean, I don’t get it, but maybe I’m tool old, now. Is it age or is it taste? I don’t know. It’s both, right? Because I don’t understand how mumble rap is so big, and how people are into three words. And the words don’t have substance — they’re talking about their drugs, they’re talking about their plastic cups — so I want to bring substance back.

Each time we work, each track we come up with, I feel like I want to stop and put vocals over it, ‘cause I kind of do it like System did, with the music first and then vocals. And I have some songs with vocals, but the songs keep getting better, so since they’re getting better, I don’t think we’ve done our best work yet. So, I’m still writing. I’m still in that crazy writing and recording zone. Things are just coming out of me.

For the latest on Shavo Odadjian’s new lifestyle brand, visit 22Red.com and follow his Instagram account. You can also catch System of a Down headlining the Sonic Temple and Chicago Open Air festivals in May.