It’s been over four years since The Smashing Pumpkins gave 1998’s Adore the deluxe treatment, complete with unheard demos, rare B-sides, and remastered recordings. Since then, Billy Corgan has teased the same kind of release for both 2000’s Machina/The Machines of God and Machina II/The Friends & Enemies of Modern Music, promising to reissue them together “as originally conceived.”

Well, now that they’ve dropped their reunion album, Shiny and Oh So Bright Vol. 1., it would appear the band’s refocused their energy on said reissue. Today, Corgan revealed on his Instagram Stories that drummer Jimmy Chamberlin was in the studio recording completely new drum tracks for the forthcoming reissue, specifically on Machina II jam, “White Spyder”. Consult the two screengrabs below: 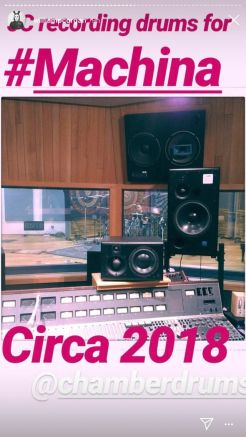 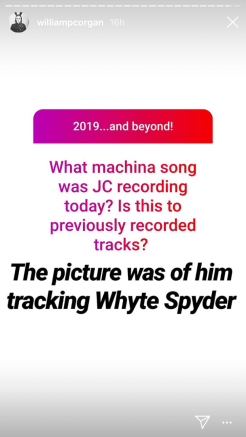 Seeing how both albums didn’t exactly come to fruition as originally planned in 2000 — if you recall, Virgin was a little reluctant to indulge in Corgan’s double concept album after the sagging sales of Adore — Corgan plans to rectify that with this box set. Not only will the two albums be released in tandem, but they’ll also sport new artwork and a completely new tracklisting with previously unfinished songs.

Judging from the updates above, Corgan and Chamberlin are currently hard at work in finally making that box set a reality. Whether we see it in 2019 or 2020 remains up for debate, though one hopes this is a sign that things are moving faster than originally planned. Even so, Corgan has insisted we’ll also be seeing the second volume of Shiny and Oh So Bright sometime next year. So, we’ll just have to wait and see.

In the meantime, stream the original “White Spyder” below.

BLACKPINK Are Getting Their Own Island on Animal Crossing