It’s not often that you can credit a band for helping create not one, but two different metal sub-genres. Venom, however, with such classic albums as Welcome to Hell, Black Metal, and At War with Satan, paved the way for both thrash metal and black metal (as clearly stated by one of the aforementioned album titles).

Along with Motörhead, Venom were one of the first bands to combine heavy metal and punk rock — back at a time when there was quite some distance between headbangers and punkers. But the bold move certainly paid off, as such bands as Metallica, Megadeth, Slayer, Dimmu Borgir, Immortal, and Behemoth all owe a debt of gratitude to the band from Newcastle.

And while members have come and gone over the years, the most constant member from the very beginning (save for a spell during the late ‘80s/early ‘90s) has been growler/bassist Cronos. And Venom — who for the past decade or so, also feature La Rage on guitar and Dante on drums — remain as heavy as ever, as heard throughout their latest release (and 15th studio album overall), Storm the Gates.

Read Part 1 of our interview with Cronos below, and stay tuned for Part 2, where he looks back at crossing paths over the years with Brian Johnson, Metallica, and Dave Grohl, plus other topics.

ON THE HEAVY DUTY DEMONIC COVER IMAGE FOR STORM THE GATES

We’ve used the same artist – a guy named Nikos Outsikas. He did the From the Very Depths artwork, as well. Fantastic artist. I basically went to him with the idea of a dream I had many years ago. I’ve had the album title since [the time] we released the last one, because we are kind of doing a bit of a theme here. The albums are running into each other on a theme. I said, “I had this crazy dream about construction workers hanging off the side of a cliff, and were chipping away at the rock, and reveal this entity that is being encased in the rock…maybe in some war between good and evil, where there’s celestial bodies. I really want to start there with the artwork idea. The album is called Storm the Gates, so this has got to be the mouth of hell. This has got to be the whole entrance to the underworld.”

I had already talked the label into a gatefold sleeve — before we finished the recording. So I said, “I really want the artwork to be the whole sleeve, both front and back. And on the left-hand side, I want the gates of heaven being destroyed by the demons that are emerging from the gates of hell. So, I want you to use your imagination and come up with some mind-blowing concept, along those lines. If you use the Goat of Mendes as the inspiration for the demon in the rock, that would help a lot, because that was the idea.” And if you look closely at the artwork, you can see the actual rock is starting to fall away from the actual Goat of Mendes, and he would get to the point where he would actually stand up. So, fast forward the artwork, he’s coming alive, which is awesome. I f–king love the artwork — I think it looks amazing.

ON PLEASING HIMSELF FIRST AND FOREMOST WHEN WRITING SONGS

I make an album that satisfies me, that I’m happy with. I never really give a monkey’s f–k whether anybody else likes it — I don’t think that’s right. You can’t “write to order.” You can’t think, “The fans want me to go in this direction or that direction.” I don’t approach songs with preconceived ideas, like, “Oh, I’m going to write a song about Satan’s ear,” and then,” “Oh, I’m going to write a song about Satan’s cock.” It’s an influence that comes to you, and a song will speak to you. You come up with the music, start putting some lyrics together. I’ve had songs where I’ve tried five or six different types of lyrics. None of them worked, so I threw them all away and started again. And then, you find words that actually marry better to the music. The ideas are all that way. Songs develop.

I remember way, way back in the day when we had the song “Warhead”, and just because some f–king idiot on Radio One played it, the label got all excited and said, “We need another ‘Warhead’!” I just looked at them, and said, “F–k you. I don’t do that. I can’t write another ‘Warhead’ — it doesn’t work like that.” I said to them, “I’ll prove it. I’m going to sit down and deliberately try to come up with something that’s based around the same basic ideas – the big drums and all the rest of it.” And I actually came up with “Manitou,” which has nothing to do with “Warhead,” at all. The fact that it has a similar drum beat is totally irrelevant.

I’ve got so much material that I’ve never even released. Simply because it’s not ready for release. It’s personal and it’s private. And considering that a lot of my music is going to be around for longer than I, it really has to have its own legs. It has to stand on its own and defend itself, because I’m not going to be around to defend it.

ON NOT DISCUSSING THE LYRICAL MEANINGS BEHIND VENOM’S SONGS

We have a lot of fans who like to dissect the lyrics and work out what certain meanings are and things. I’m not going to take that away from them. You never see a novelist who releases a novel then release a second book to explain the novel. It just doesn’t happen. That’s for your interpretation. I always write songs that have a few different meanings, so you can read into them depending on what kind of standpoint you want to come from. I mean, I can do a three-hour interview on one song alone. I’m not going to be able to sum it up for you in a minute.

I really like to think of Venom as a catalyst rather than inventors. Influence would probably be more like it. I’ve always been — from being young — a fan of what you’d call “rock music.” From the Beatles to the Stones to the Who, through Zeppelin and Purple and everybody. So, I’ve always liked the idea of drums, guitar, this, that, and the other. My mum’s brother used to play guitar in a country-western band, so I’ve always been around instruments and music. I’ve never really gotten into any of the electronic stuff when it came along in the ‘80s. I didn’t really see how that was working for me in any way — I just like a drum kit and a guitar.

When people used to ask back in the day, “How do you describe Venom?” I would say, “It’s all the best bits of the bands that I love.” So, if Judas Priest wear leather jackets, then I’m going to wear a leather jacket and a pair of leather pants! And if KISS have three flashpots on the front of the stage, I’m going to have ten! And if Ozzy Osbourne is going to sing about the devil walking down the street, then I’m going to be the devil walking down the street! It was taking all of the great things that I loved, and all the crazy frontmen, like Gene Simmons, Ian Anderson, Rob Halford, and encompassing all of these ideas into a new thing. And then, adding that dash of punk. That’s why I always used to wear the big Doc Martens — that was my punk heritage.

And just putting some aggression back into the music. I mean, heavy metal has always been “the devil’s music.” They always say the devil has the best tunes, and I was bit frustrated at leaving school and being told that rock music was dead, and it had its day and everybody was finished with it. I had to absolutely disagree. So, when the New Wave of British Heavy Metal started in England — which became Iron Maiden, Saxon, Samson, and all these bands — I wanted to create something different from that. I appreciated that they were very heavily influenced by the Zeppelins, the Purples, and the Sabbaths, and were trying to keep a hold of this ‘70s vibe. I get all of that, but I wanted something that was kind of a cross between Sabbath and Motörhead. Something more aggressive — with a bit of Sex Pistols in there, to get nasty.

I’ve never wanted to appeal to the greater masses in that respect. I’ve always said it was discerning crowds that Venom attracted. I’ve never wanted to be No. 1 on Top of the Pops. I’m quite happy to be different, and even hover around the underground a bit. It’s a better place to be, because you have more control of what you’re doing. I think if you end up becoming a mainstream artist, it would be a team of label people all pushing and pulling you in all various directions, to keep an eye on your career. That would be too much for me — I wouldn’t want to do it. I think the idea of being able to feel your way through the game and through the industry, and making decisions on a whim. Like, “I’m going to do this… I’m not going to do this.” You’re more in control of your destiny, I believe.

Our thanks to Cronos for taking the time to speak with us. Pick up Venom’s latest album, Storm the Gates, via various outlets at this location, and stay tuned for Part 2 of our interview with the legendary Cronos. 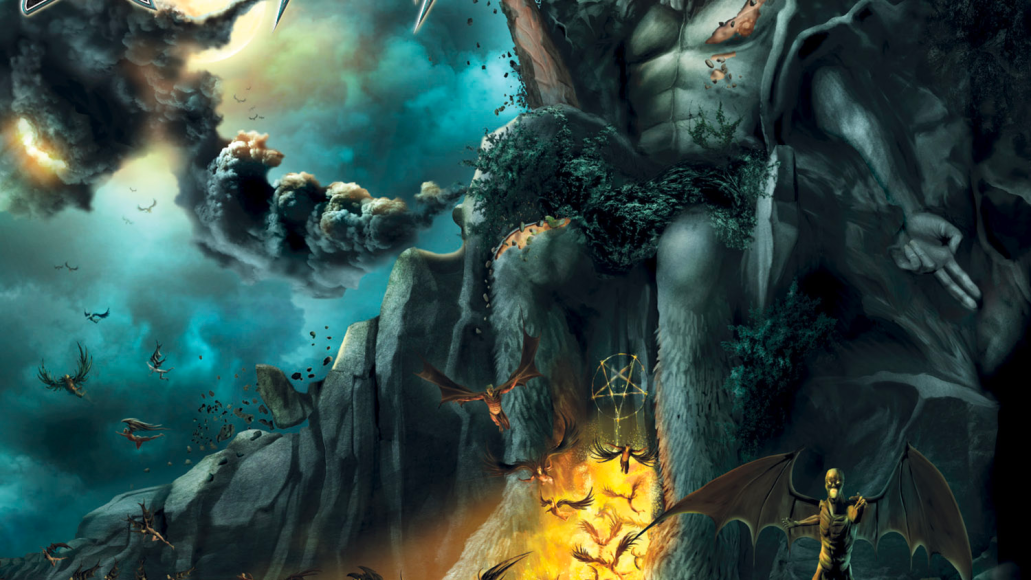