Following the preliminary teaser trailer released back in October, Disney has offered a further look at its forthcoming live-action remake of Aladdin from director Guy Ritchie. EW has published the first official cast photos as well as provided more details on the film’s plot and its characters.

Notably, we get our first glance at Will Smith as the Genie in human form. In an interview with EW, Smith said he sought to pay homage to Robin Williams’ iconic portrayal in the 1992 animated original while also offering something entirely unique. What he came up with is a hip-hop-inspired genie.

Smith said he tapped into his previous starring roles in The Fresh Prince of Bell-Air, Bad Boys, and Independence Day in shaping the character. “I think it’ll stand out as unique even in the Disney world,” Smith remarked. “There hasn’t been a lot of that hip-hop flavor in Disney history.”

For the role, Smith also recorded his own version of the iconic Aladdin song “Friend Like Me”.

Update: Responding to a fan on Instagram, Smith maintained that his Genie will be blue. “This is how the Genie is in Human / Disguise Form,” he explained. “My character will be CGI most of the movie.”

Below, you can see more photos of Smith’s Genie as well as of Aladdin and Jasmine, played by Mena Massoud and Naomi Scott, respectively. We also get our first look at Marwan Kenzari’s Jafar and Abu the money. The EW article also provides more details about the expansive casting process for Aladdin and Jasmine and how Richie went about constructing the fictional kingdom of Agrabah in southeast England. 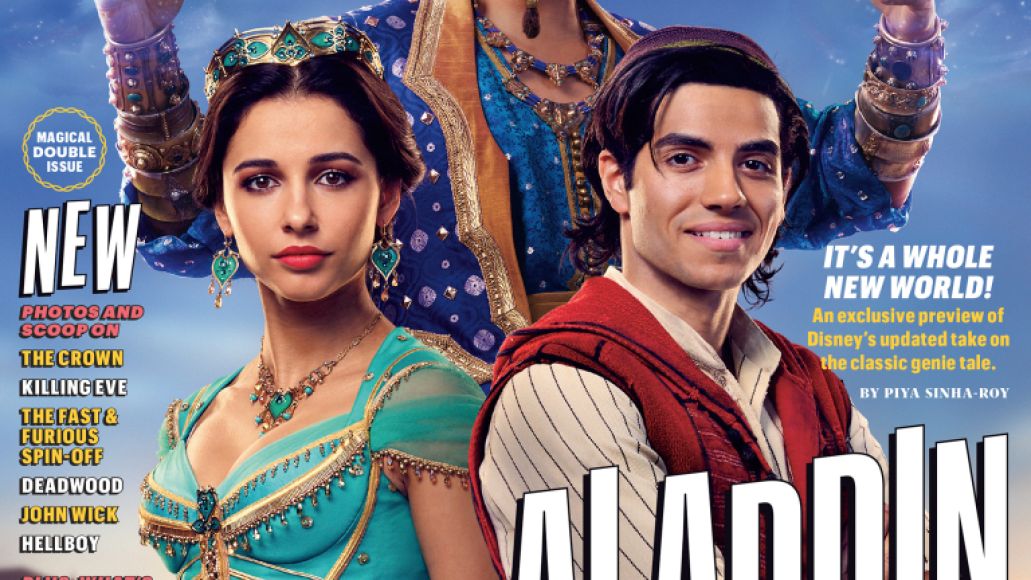 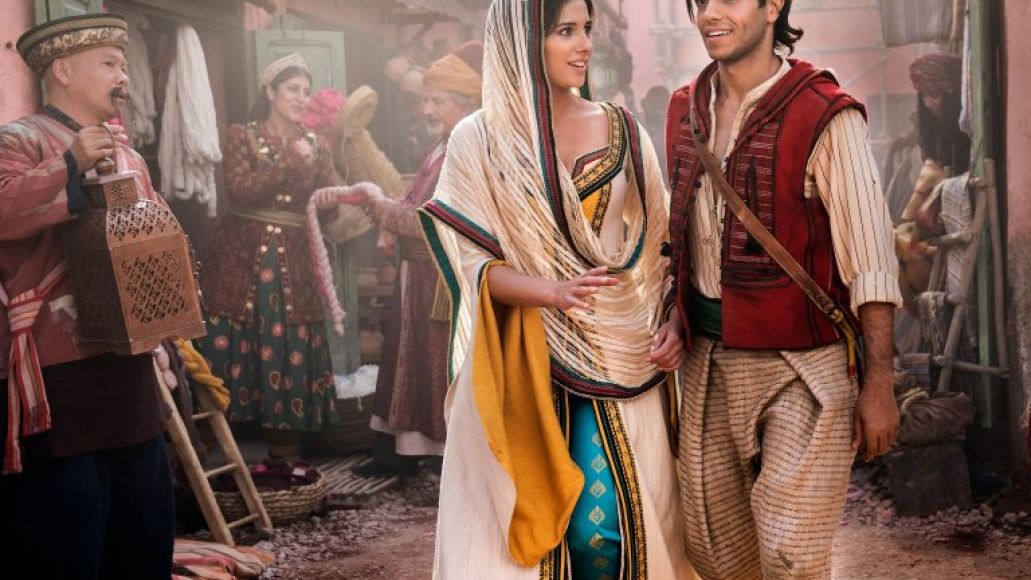 Naomi Scott as Jasmine and Mena Massoud as Aladdin 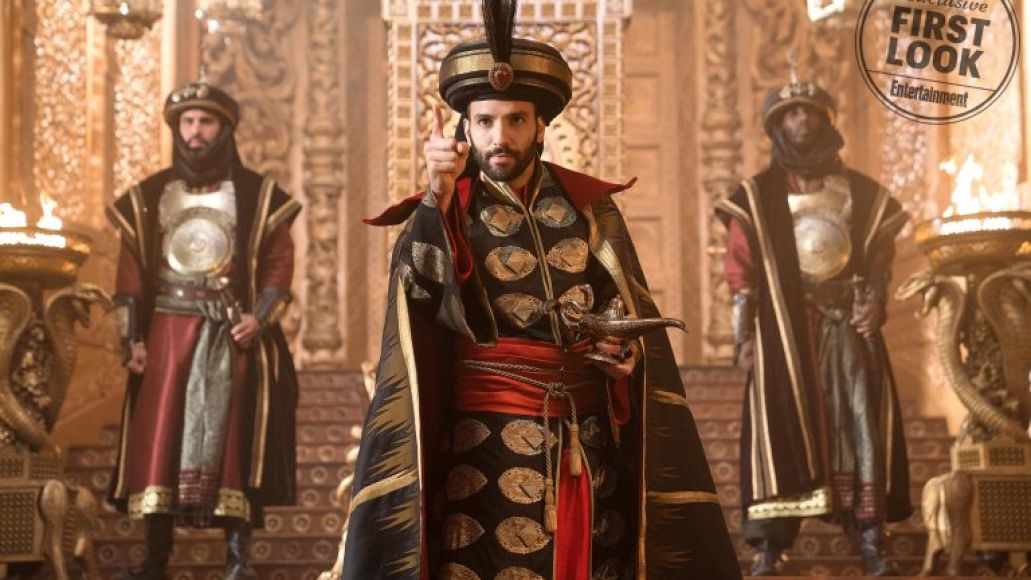 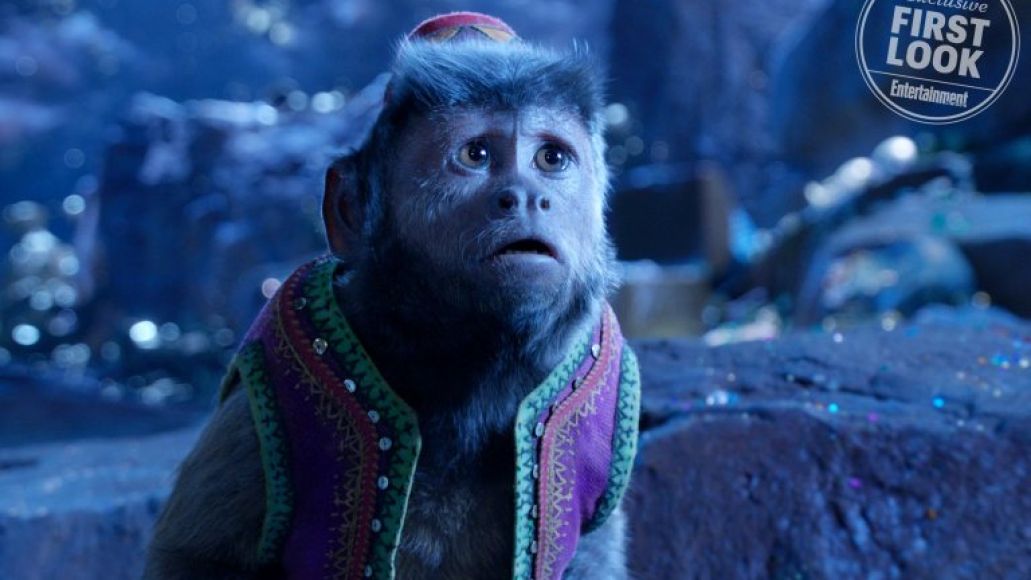 First look at Will Smith's "hip-hop" Genie in Aladdin remake