We’re 25 years on from the release of Enter the Wu-Tang (36 Chambers), the debut album from the Wu-Tang Clan. In that time, the band of rappers have established flourishing solo careers in music, film, TV, and more, and even saw a day named after them in their Staten Island hometown. Now, the group will link up for a pair of concerts early next year.

RZA, GZA, Method Man, Raekwon, Ghostface Killah, Inspectah Deck, U-God, Masta Killa, and Cappadonna will play Philadelphia’s Franklin Music Hall on January 25th, with a gig at NYC’s Terminal 5 following the next day. The dates will find the group returning to the U.S. following shows in New Zealand and Australia this month.

As noted by a press release, the January shows come almost 25 years to the day of the release of “C.R.E.A.M.”, which is widely considered one of Wu-Tang’s most enduring cuts.

Coinciding with the announcement is the reveal of a new album from Czarface, the ongoing project of Wu-Tang Clan’s Inspectah Deck and duo 7L & Esoteric. Earlier this year, they teamed up with MF Doom for a collaborative LP, Czarface Meets Metal Face, and now they’re back for another one with Ghostface. Called Czarface Meets Ghostface, the album features 12 brand new tracks. One of them is the Ghostface-featuring “Iron Claw”. Stream it below in advance of the album’s February 15th release.

Get tickets for the Philly show here and the NYC show here. 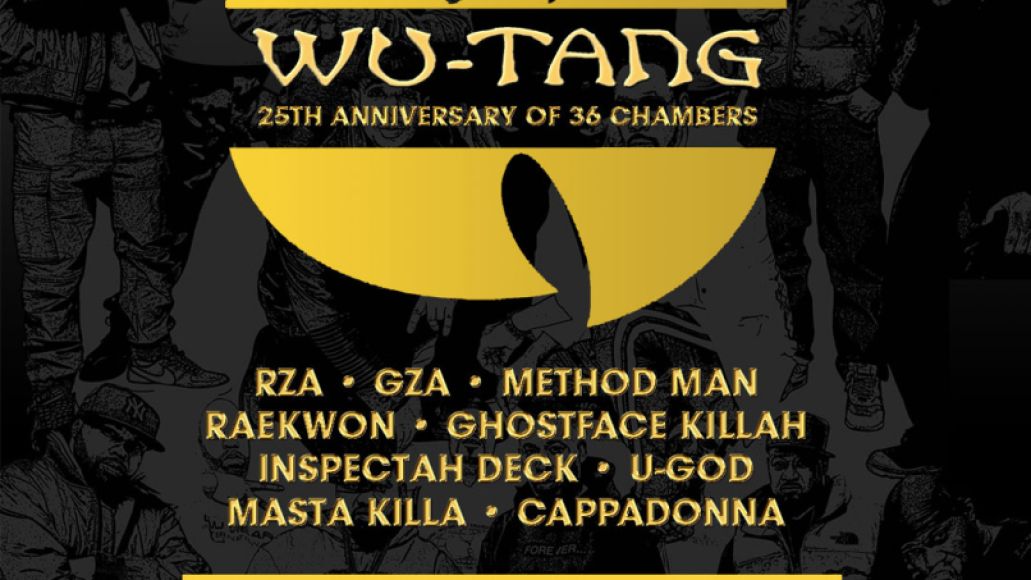