Horror isn’t just having a resurgence, it’s taken over. Blame it on nostalgia, chaotic times, or the fact that the genre is simply being appreciated by more and more visionaries, but spooky is in and spooky is what you’re getting.

According to CNBC, horror films garnered more than a billion dollars at the box office in 2017, and those dollars hardly shifted last year, thanks to unstoppable blockbusters like A Quiet Place, Halloween, and, yes, The Nun.

That momentum will certainly carry over into 2019 — and might very well ascend to new levels — as the current slate promises even more tricks and tricks for fans who love the macabre and all the things that go bump in the night.

As you’ll see ahead, Oscar winner Jordan Peele is back, Stephen King’s renaissance continues, Ari Aster already has a followup to last year’s best film Hereditary, and some familiar IP is evolving to new media for the first time ever.

So grab your flashlight, unwrap your calendar, and joiiiiiin ussssss. 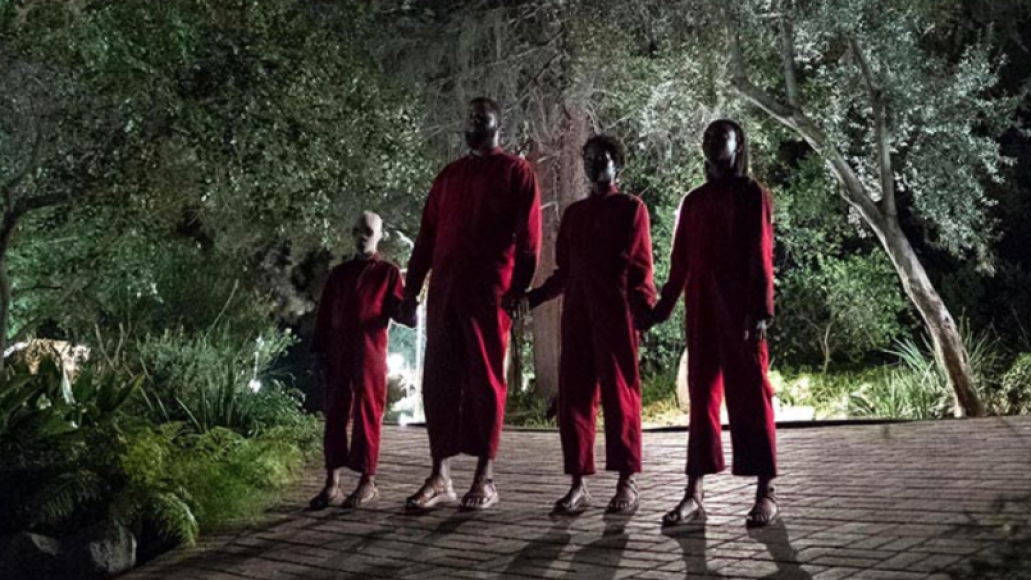 Why We’re Excited: When Us hits theaters in mid-March, it’ll have been just over two years since Jordan Peele made his directorial debut with Get Out and set the already-returning horror genre ablaze. For his follow-up, Peele follows a vacationing family (Lupita Nyong’o, Winston Duke, Shahadi Wright Joseph, Evan Alex) as their fun is suddenly and horrifically interrupted by a family of doppelgangers. Well, almost. The terrifying inversions of each family members soon begin to torture their matches, and surely audiences to boot. Peele ascended straight to the upper echelon of American filmmaking after one feature, so needless to say, we’re even more excited for this one. –Dominick Suzanne-Mayer 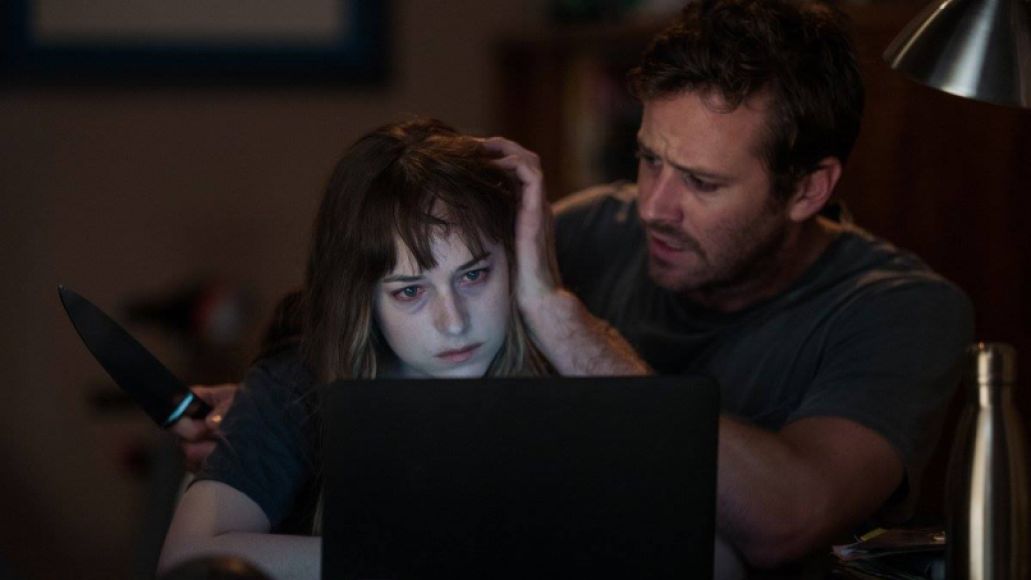 Why We’re Excited: Back in 2016, Iranian filmmaker Babak Anvari sent chills through the genre with his feature film debut, Under the Shadow, which set a ghost story amid the Iran-Iraq War. It was a refreshing twist on the haunted house tale, insisting that there are still bones to be found in the ‘ol closet. Now he’s back with Wounds, an adaptation of Nathan Ballingrud’s 2015 novella The Visible Filth, which follows a New Orleans bartender whose life unravels after he picks up a phone left behind at his bar. It’s a decidedly more star-studded affair for Anvari, featuring Armie Hammer, Dakota Johnson, and Zazie Beetz, but it’s doubtful the big names will distract from the terror. After all, Ballingrud won the highly coveted Shirley Jackson Award for his novella, so we’re expecting to lose a little sleep over this one. –Michael Roffman 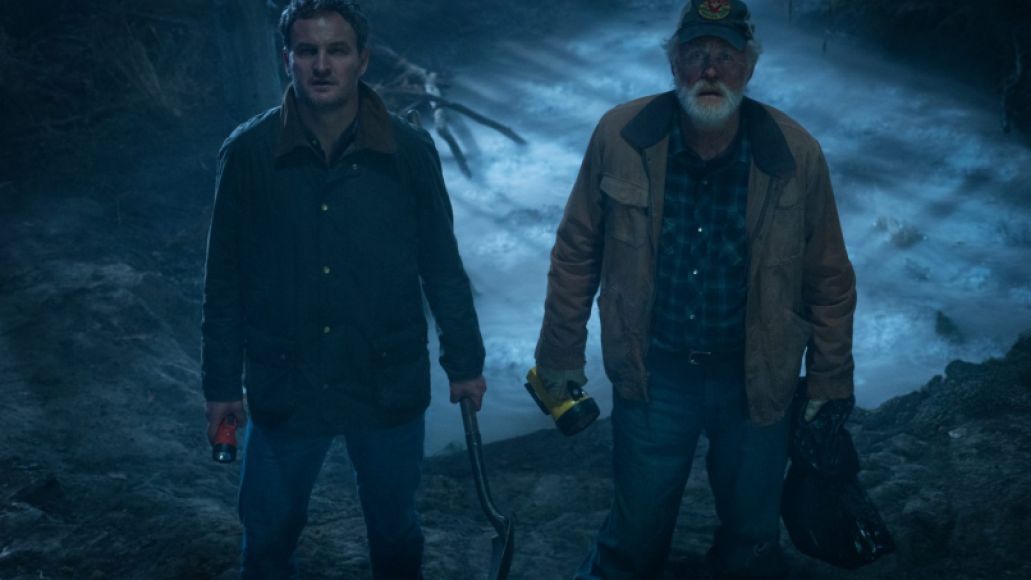 Why We’re Excited: Thirty years later, Mary Lambert’s 1989 adaptation of Stephen King’s scariest novel to date remains a go-to midnight masterpiece. It’s cold, it’s timeless, and, above all, it’s faithful. So, we were admittedly weary when Paramount announced that they were heading back to the Micmac burial grounds. However, our trepidation immediately turned to hype when Starry Eyes directors Kevin Kolsch and Dennis Widmyer signed on. Their underrated 2014 thriller oozes with the kind of grotesque body horror that should propel King’s classic to another level. Having Jason Clarke, Amy Seimetz, and John Lithgow around doesn’t hurt, either. Whether or not this adds another triumph or a rare hiccup to the latest King renaissance remains to be seen, but we’re feeling confident enough to bury our anxieties six feet under.  –Michael Roffman 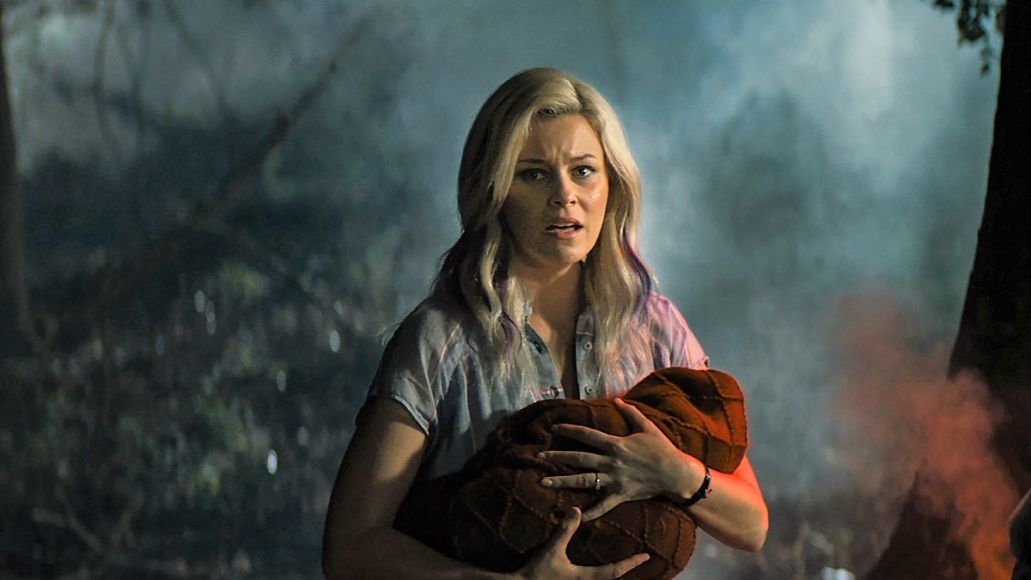 Release: May 24th via Sony

Why We’re Excited: “What if a superhero decided they hated us?” Comics and other corners of popular culture have played this out for years, from Watchmen and Dr. Manhattan’s violent ennui to Justice League and its not-so-nice Superman. However, without any attachments to any well-known characters, Brightburn has a chance to take its terrifying premise quite a bit farther. Elizabeth Banks and David Denman play a couple who suddenly inherit a baby boy from another world, only to discover as he ages that his powers could be far more than an everyday couple could ever hope to handle. And while James Gunn isn’t directing or writing, his status as producer marks his return to Hollywood after being run out of Disney by his own bad Tweets and a horde of Twitter fascists. –Dominick Suzanne-Mayer 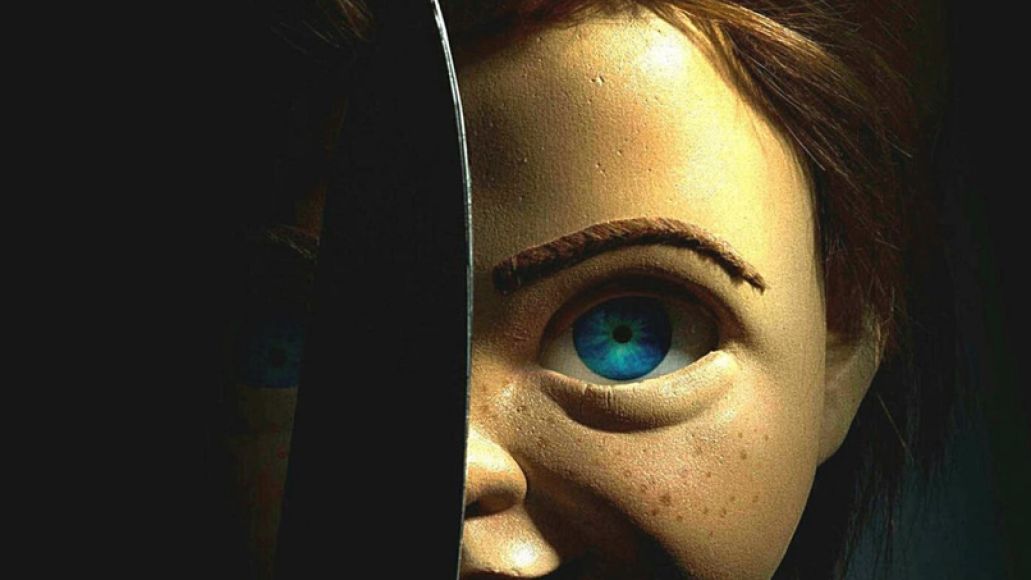 Why We’re Excited: On one hand, it makes zero sense to remake Child’s Play. Series creator Don Mancini continues to keep knocking out sequels left and right — with original voice Brad Dourif, no less — maintaining a canon that’s rather remarkable when you look back and see how far they’ve come. But then there’s that other part of our brain that wonders, what might happen if the story was re-told for the 21st century and also starred Aubrey Plaza and arguably the most exciting actor of the last few years in Brian Tyree Henry. Sure, we’re still feeling mixed about it, but we’re also taking comfort in the knowledge that a) Mancini’s still out there doing his thing and b) the world will keep turning no matter how many people love or hate this movie. –Michael Roffman
__________________________________________________________

Scary Stories to Tell in the Dark 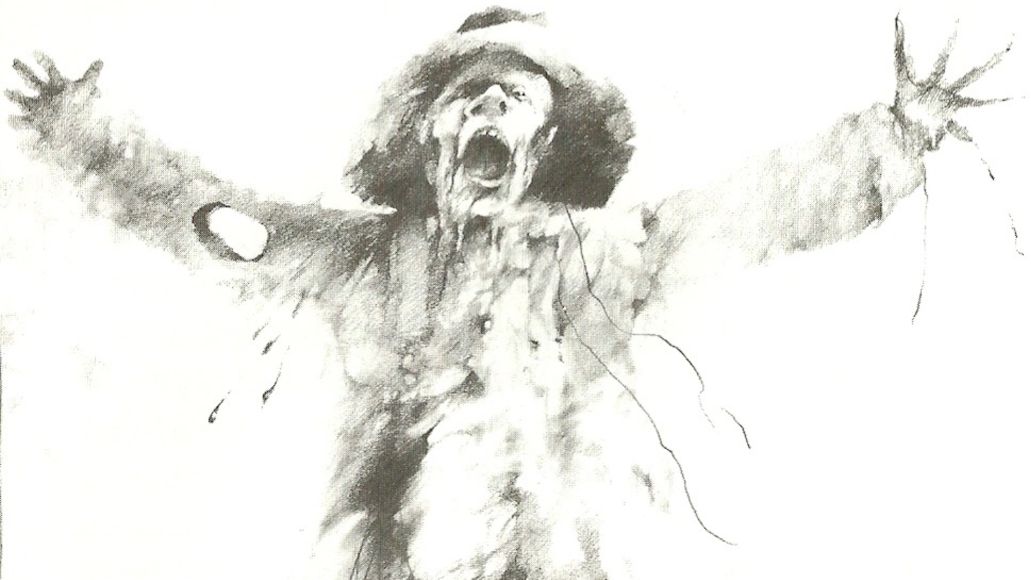 Scary Stories To Tell In the Dark (illustration by Stephen Gammell)

Why We’re Excited: It’s always funny how Alvin Schwartz’s ‘80s/early ‘90s trilogy of Scary Stories To Tell In the Dark books were considered kid-friendly, considering that if you were a kid who grew up during this time, or had siblings who did, you very likely had the absolute shit scared out of you by them. From Stephen Gammell’s terrifying illustrations to the deeply unsettling premises, the collections offered horror stories just comprehensible enough to a kid to make sure they wouldn’t sleep for weeks. Now director André Øvredal and Guillermo Del Toro (as co-writer with Dan and Kevin Hageman) will bring the collection to theaters, and very likely traumatize a whole new generation of kids. Can’t wait. —Dominick Suzanne-Mayer
__________________________________________________________ 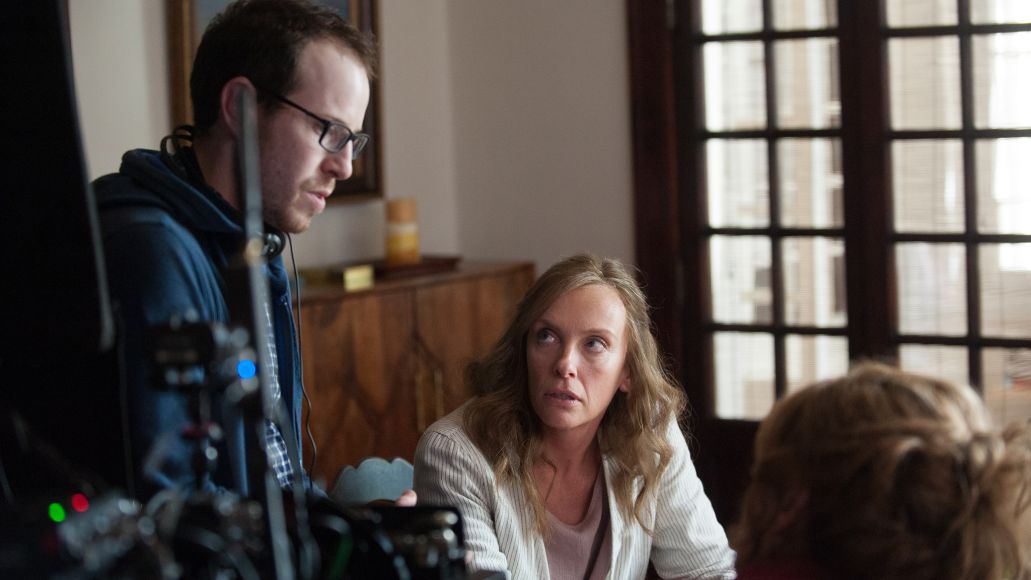 Release: August 9th via A24

Why We’re Excited: Barely a year after Hereditary brought wildly divisive reactions out of horror audiences (and became this site’s top film of 2018), writer/director Ari Aster will return with his next horrifying vision of evil. This time, the film will reportedly follow “a couple that travels to Sweden to visit their friend’s rural hometown for its fabled mid-summer festival. What begins as an idyllic retreat quickly devolves into an increasingly violent and bizarre competition at the hands of a pagan cult.” Details are scarce beyond that, but we’re already bracing ourselves for what promises to be one of the most unsettling films of the coming year. Shit, man. We’re not even over Hereditary yet. How’re we supposed to prepare for another one? –Dominick Suzanne-Mayer
__________________________________________________________ 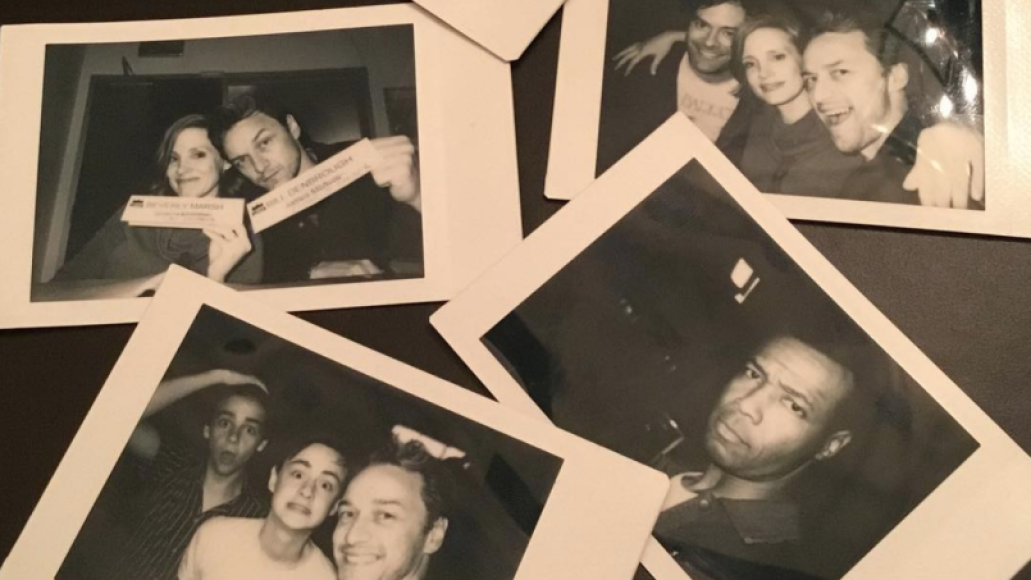 Why We’re Excited: Everybody knew that It would be a blockbuster, but nobody could have predicted the Stephen King adaptation would become the highest-grossing film horror movie ever. That fact alone places a heavy emphasis on Chapter Two, as most moviegoers will undoubtedly return to see how the Losers’ Club handle Pennywise as adults. Warner Bros. spared no expense, either, casting Jessica Chastain as Beverly Marsh, James McAvoy as Bill Denborough, Bill Hader as Richie Tozier, James Ransone as Eddie Kaspbrak, Andy Bean as Stan Uris, Jay Ryan as Ben Hanscomb, and Isaiah Mustafa as Mike Hanlon. It’s a healthy mix of big names, alternative heroes, and subtly familiar faces that add star power to an already powerful entity and help us forget that it was written by The Nun screenwriter Gary Dauberman. Prove us wrong, Gary. –Michael Roffman
__________________________________________________________

Are You Afraid of the Dark?

Are You Afraid of the Dark? (Paramount)

Why We’re Excited: It was only a matter of time before someone brought Are You Afraid of the Dark? to the silver screen. That task has been handed down by Paramount to … whoa, deja vu … screenwriter Gary Dauberman! As we hinted at in the previous writeup for It: Chapter Two, we’re a little wary of Dauberman after he sent us into the grave with the incredibly dull blockbuster, The Nun. Having said that, his heart seems to be in the right place for this adaptation, as he wants to “honor the darker, scarier tone of the show” with a “completely original story”. Have no fear, the Midnight Society and the campfire will still factor into the film, though he contends: “Not every story the Midnight Society told ended with happily ever after or a person learning their lesson and it will never happen again. I really embraced that side of things and I think it’s been a long time.” We’re game. –Michael Roffman
__________________________________________________________ 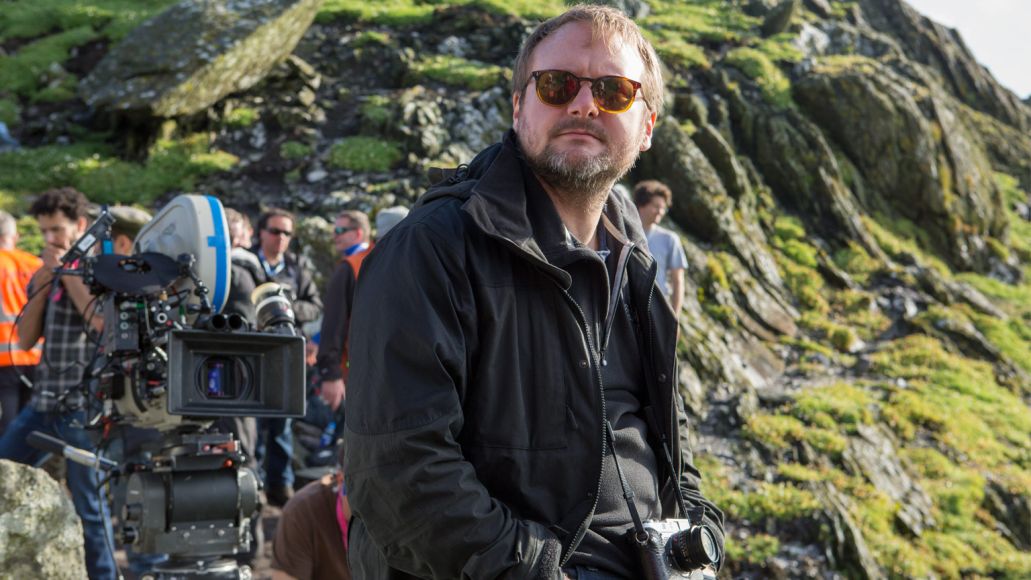 Why We’re Excited: Okay, so we’re stretching “horror” just a bit on this one. Yet since Rian Johnson’s next feature (after The Last Jedi completely destroyed his career in Hollywood forever) is a supposed spin on murder mysteries, we’re figuring things will get plenty tense all the same. Plus, just look at this cast: Chris Evans, Daniel Craig, Lakeith Stanfield, Toni Collette, Jamie Lee Curtis, Ana de Armas, Michael Shannon, Don Johnson, Christopher Plummer, and more familiar faces still. And they’re all playing assassins. Yeah, this is gonna be a blast. –Dominick Suzanne-Mayer

10 Most Anticipated Horror Movies of 2019